Today, a roadmap released by the Australian Space Agency outlines its priorities for Earth observation. 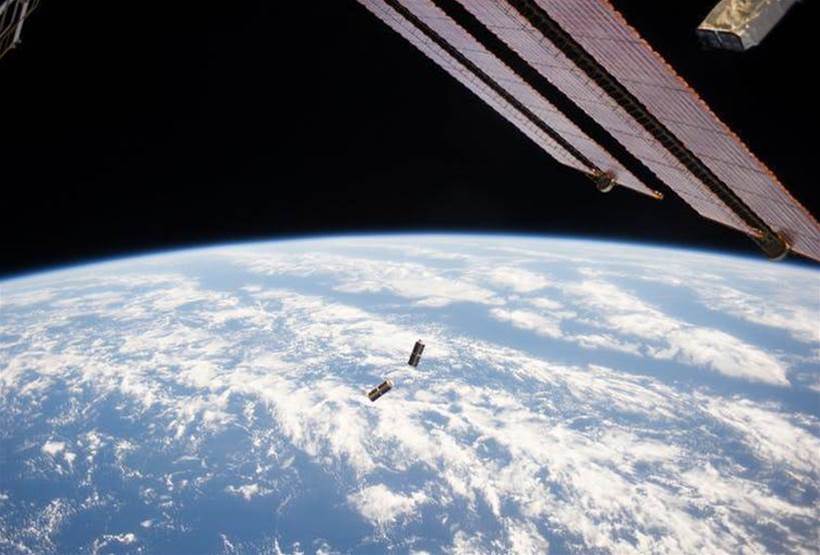 As climate change worsens, bushfires are likely to become more intense and frequent. We must find new ways of managing bushfires to prevent catastrophic events.

Satellite data can help in this task. It helps us identify where and when vegetation such as grass and leaves forms a continuous swath of fuel dry enough for a catastrophic bushfire to ignite and take hold.

Right now, Australia relies on foreign satellites to gather this information. These satellites are not designed to assess our unique bush landscape and its highly flammable eucalyptus. We need to develop bespoke Australian satellites to better prevent bushfires.

We have been developing an Australian satellite mission to monitor fuel conditions. This work helped inform the Australian Space Agency’s roadmap.

Information about fuel conditions is crucial on two counts. In the lead-up to bushfire season, it helps fire authorities decide where and when to conduct prescribed burning to reduce the amount of flammable material in the landscape, and where to focus community messaging. And when bushfires break out, it helps authorities plan where to allocate personnel and equipment.

Fuel condition can be gathered using various methods, including ground sampling, observations by plane or drone, and the satellite imagery currently available.

But generally speaking, these methods can only be used on small areas, are slow and time-consuming, or can lack accuracy. Dedicated fuel-monitoring satellites, on the other hand, could cover the Australian landmass in a matter of hours or days with great precision.

Low soil and vegetation moisture content, due to dry conditions, were a key driver of the catastrophic 2019-20 Black Summer bushfires.

Two inquiries into those fires – the national royal commission into natural disasters and the New South Wales parliamentary inquiry – highlighted the need for a continent–wide map of vegetative fuel states.

To date, Australia has relied heavily on Earth observation data provided by foreign satellites. For example, the CSIRO has purchased a 10% share of time on the NovaSAR-1 satellite developed in the United Kingdom.

This satellite can take images of Earth through clouds and smoke, in both day and night. But it cannot provide regular operational support to Australian fire authorities.

And other satellites currently in space are not ideal for distinguishing the individual compounds that make our native eucalyptus so flammable – such as water content, lignin, cellulose and oil content. That’s because they lack the narrow spectral bands on the portion of the electromagnetic spectrum where these compounds can best be detected.

This limits Australia’s ability to accurately predict fuel conditions. A space mission dedicated to monitoring fuel loads in Australia is needed to improve bushfire management and prevention. That’s where our research can help.

Our team, based at the Australian National University, recently examined the feasibility of a satellite mission to monitor Australian forest fuel from space, dubbed the OzFuel mission.

The OzFuel mission would measure fuel properties, as opposed to detecting fires. It would target the specific wavelengths related to dry matter, water content and other compounds of eucalypts that make them flammable, so providing a comprehensive picture of fuel loads at a continental scale.

The OzFuel microsatellite would monitor Australian eucalyptus forests from space every six to eight days during the early hours of the afternoon, when vegetation is most stressed and more easily ignites. Images would be taken at a spatial resolution of about 50 metres, which is adequate for bushfire management operations.

We propose a program of work beginning with the OzFuel demonstrator mission comprising one pathfinder satellite launched into space. We envisage the long-term vision is a group of satellites providing near-real-time analysis of fuel conditions.

An ongoing launch program such as this requires significant investment, which would be enabled through industry and government partnerships.

But this should be considered an investment into protection against catastrophic bushfires, which research suggests will cost the Australian economy up to A$1.1 billion per year over the next 50 years.

The risk of larger and more frequent megafires will only increase in future. Clearly, Australia needs more effective prediction, prevention and mitigation strategies to prevent a repeat of Black Summer. A space mission designed to monitor Australia’s highly flammable landscape has a crucial role to play.