Organisations need to turn their boardrooms' net zero goals into operational action. They can use Internet of Things data to do it. 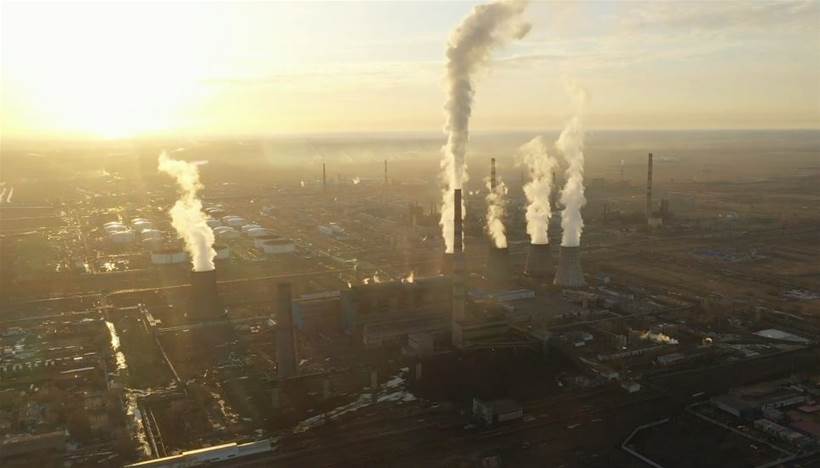 Beyond the fire and fury of a wasted decade of climate wars at the political level in Australia, the business community has long embraced net-zero and started to recalibrate how they work towards 2030 goals.

To help reach these marks, industries such as utilities, agriculture, banking and transport are harnessing the power of the Internet of Things (IoT).

Research from Gartner explains that carbon footprint measurement technologies will be widely adopted as organisations broaden their focus to direct and in-direct emission types and increase reporting transparency.

Annette Zimmermann, research vice president at Gartner said the growth of such tools will be supported by the proliferation of IoT-enabled environmental sensors that increase quantity, quality and timeliness of data collection.

IoT Hub and Digital National Australia spoke to a handful of people at the forefront of this work in various industries, asking them about the role IoT could play in helping organisations reach net-zero goals and the key challenges.

Kristin Moyer, VP Analyst at Gartner outlines the potential for data and IoT to help organisations transition to net zero. She notes IoT will make digital more sustainable, as the internet is already a big pollutant.

“Digital both helps and hurts sustainability. Greenhouse gas emissions from the Internet alone are on par with the aviation sector. Focus on energy efficiency, e-waste and material efficiency. Include sustainability criteria in vendor RFPs. Collaborate with vendors to have them join you on the path to net-zero,” Moyer said.

“Help the enterprise understand how to use digital to drive sustainability. Start by analysing how data and IoT can be used to reduce GHG, waste and water usage.”

“Sustainability programs begin with spreadsheets, and there are benefits to that, like low cost. But they’re also low quality, and investors say they aren’t getting access to the data they need to make decisions,” she said.

“Sustainability executives spend inordinate amounts of time hunting and pecking for the data they need to make decisions. Sustainability data is typically all over the place – in spreadsheets, ERP systems, supply chain systems and so on.

“Providing a data platform helps the enterprise do a better job of monitoring progress and making smart business decisions,” she added.

The complex path to net-zero

Frank Zeichner, CEO of the Internet of Things Alliance Australia explained to IoT Hub and Digital Nation that the pathway to net-zero is more complex than people realise.

He said one of the reasons this is the case is there are many elements to net-zero.

“Mainly because the number of inputs broad, they’re vast, they may be about energy consumption, efficiency, carbon sequestration, or the carbon content in concrete, it might be around air quality that comes out of emissions,” he said.

Zeichner said net-zero is a holistic problem that doesn't manifest itself in any one particular industry, but actually bleeds across all industries.

“The trends that inform where the data might come from, giving you an idea of where the complexity might be. For example, transport and energy sectors are merging tremendously, that's because transport uses a lot of energy,” he explained.

The waters can also be muddied when it comes to leadership, Moyer said CEOs often communicate a net-zero goal without a plan of how to get there.

“Then everyone else needs to scramble around to figure out what to do. Digital leaders feel in the dark and don’t know what investment framework to use, what the business capability model should look like or what role technology plays in sustainability,” she said.

Governance and lack of skills are also some of the hurdles businesses face with their net-zero goals, explained Ian Mcleod, director smart energy and water centre of excellence at Enzen.

“It all goes back to leadership, whether it's at a federal government level or a regulator level, or at a utility level, we're seeing significant integration of new technologies into the grid. There's been to a large degree, a lack of skills to be able to do that and a lot of these are a new skill,” he explained.

”No one's picking it up with a single focus to fix this area and that's because it's changed. There are so many participants in the market these days and they've all got different drivers.

“Whereas in the past when we electrified a state, like Victoria with Monash, it was a single purpose to electrify, it was engineered, it was designed and then later we put markets over the top to get the most out of energy. To a great degree, I think there's some design that's needed here and some stronger leadership,” he added.

In the energy sector, McLeod tells IoT Hub and Digital Nation that the grids were built to standards rather than to monitor and control, which he calls “dumb grids”.

“What we're trying to do is make those grids smarter. First of all, we've got to be able to monitor it, see how it's performing and what loads are on.  Once we know that with things like IoT and supervisory control and data acquisition (SCADA) control, we can start to switch things on and off,” he said.

Allen Benter, technical specialist, digital agriculture at the NSW Department of Primary Industries explains how the use of IoT sensors on a farm has reduced the amount of diesel fuel consumed.

“A large part of the livestock producers' time is spent ensuring the water is available. Up until recent times, the best way for them to do that was to drive out and look at each of their water sources, whether it be a dam or a trough, making sure that tanks had sufficient water in them, there were no leaks along the way,” he said.

Benter said a considerable amount of time and energy for diesel was applied to carry out those routine inspections but the use of IoT has provided an alternative to that.

“Farmers can actually, we have farmers in our pilots that every morning over their coffee, they can look on their phone, get an update on their water sources, and they don't need to then go and do those regular inspections at the same frequency at least that they used to.

“Within our current pilot, we first handed out some of these types of sensors to our growers, and one of them came back to us within six weeks. He identified within that short period of time, he had already saved enough in diesel costs to justify going out and buying more sensors to put around his farm so he can continue to reduce the time and expense,” he explained.

To take advantage of the net-zero opportunity, Moyer encourages leaders to treat carbon as a currency.

She said, “What I mean by this is digital leaders are used to leveraging technology to reduce costs or increase revenue. Now they’re also being asked to reduce carbon. Everything that a digital leader invests in should now focus on how it mitigates cost and risk, supports growth and reduces carbon.

Digital leaders could be more proactive about sustainability. Knock on the chief sustainability officer’s door and ask for the materiality assessment and goals that have been set. Then, discuss how you will make digital more sustainable. And provide insight and advice about how digital can help the enterprise become more sustainable.

Real-time digital information needs to be dealt with holistically, according to Zeichner.

“We need to have a digital fabric for sharing. If we can share that data, then that's the starting point. The next part that's exciting is we need to have tools and platforms, including AI that start having a look at where these conflicting sources are and what optimisation for net-zero might look like.

“What optimal paths for reaching net-zero might be that, that least the least cost journey if that's the most important thing that you need to follow,” he ended.