Minidocumentary: The state of digital agriculture in Australia

Momentum is building. We present a snapshot of key issues and perspectives from some at the forefront of digital agriculture. 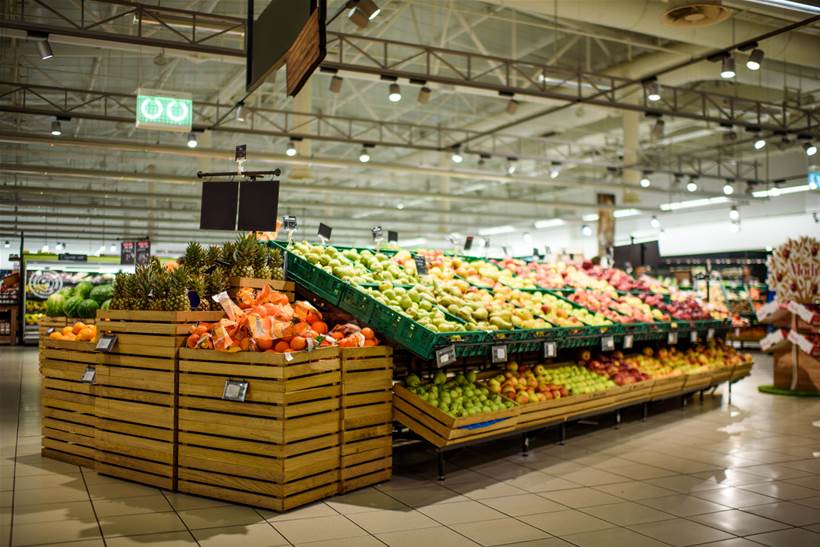 The agribusiness sector is often regarded as a digital laggard, but it is a long time user of data. The industry could also reap significant benefits from the Internet of Things.

Many see greater digitisation making a significant difference to the industry's productivity and helping it to operate more sustainably in the future.

This is a key factor in the National Farmers Federation's plan to become a $100 billion industry by 2030. This story and video provides a snapshot of the state of that progress.

To glimpse the potential of greater digitisation to benefit the agribusiness sector and consumers of fresh food, you only need to look in some pallets of fruit and vegetables transported throughout Australia and other countries. You may find small blue boxes which transmit data about air temperature, humidity and location. The devices are from Australian company Escavox, which is using them to tackle the sorts of supply chain and food waste problems that have been so prevalent in recent years.

Robert Lang, the chief technology officer of Escavox told Digital Nation Australia, “One thing that has been highlighted through the pandemic and the associated knock-on effects over the past two to three years is that supply chains can't be trusted. I think it's been that way for a long time, but the impact has been far less than during the pandemic.

“What I mean by 'it can't be trusted' is what you're being told is happening to your product as it moves from production through to, let's say, retail - there are nuances in there the producer, for example, isn't aware of."

Escavox is tackling this by tracking food from production through to retail, with the aim of getting an accurate and real-time representation it can then feedback to its customers.

“They don't have to rely on what they're being told, they can let the data tell the story," said Lang.

“We can then further apply that expertise to algorithms and systems that can report back on what is the impact of the events that are happening in the supply chain. From the quality of the food and how much shelf life for example is remaining on the food when it arrives at a destination.”

Escavox is just one illustration of the potential of digital agriculture. According to KPMG director of digital agribusiness, Michael White, the key benefits of digitising agriculture include boosting productivity, improving the gross value of farm output, improving sustainability, and providing tools and infrastructure to harness data to unlock the potential and capacity of farms even further.

White said they are seeing an ecosystem evolving quite rapidly.

“When we think about sustainable agriculture and the role of ESG metrics in agriculture, there's going to be a wave of reporting requirements coming out of individual farm levels that both the farmer, then financiers and service providers are going to need to be able to report on,” he said.

There is potential for a requirement for sustainable loan packages to have trusted, reliable data sets that allow easy review and assessment of performance against sustainability objectives, which could look like ESG-reporting at an individual farm or collective level, White told IoT Hub.

“Now, it hasn't happened yet. But it seems that that is an area that could evolve and one that we're watching very closely,” he explained.

Success for digital agriculture progress, as in so many other types of digital transformations involve taming data silos. Several projects are aiming to address this, including the nascent Australian Agrifood Data Exchange.

According to White, “it's an industry-led initiative bringing a lot of industry players and government together to create an interconnected data highway for Australian agriculture. That crosses a lot of boundaries around potential use with biosecurity, traceability, provenance, and benchmarking.

“The important thing is that as the project evolves, the entire ecosystem is involved in it.”

It is also important that the farmer is in control of their data that it's trusted, secure, and farmers decide what's released and for what purpose, said White.

“That's probably a good example of a project coming together that harnesses key players in the system.”

The opportunities of digital agriculture are also sending clear price signals to entrepreneurs, drawing startups into the sector.

According to Jonathan Quigley, partner at agriculture and food technology accelerator SparkLabs Cultiv8, “If you look at varying reports, you can see the trend continues to track higher in Australia. If you have a really strong founder with an amazing technology or concept, then you will find capital to drive that forward.”

The organisations spark labs has worked with range from a company that optimises sex determination in poultry to a business using drones and analytics to regenerate land to the company, Arugga, which has attracted international attention for its robotic pollinators

Meanwhile, programs such as the new south Wales farms of the future program and the Victorian on farm internet of things, trial, uh, researching testing and deploying networks running on farm technology, adoption programs and providing grants for digital projects.

Disconnect on the ground

Momentum is building, but on some farms, the disconnect between the promise of digitisation and the reality on the ground is stark.

Charles Simons is director and general manager of Mayfield Vineyard in Orange, New South Wales. Data is key to his business and Simons is a consultant to BioScout, which analyse spore counts in the air to help him preempt disease outbreaks in his vineyard. He says connectivity is a problem.

"Yes, we've had NBN and everything rolled out, but it's just as bad, if not worse than what it used to be. And I think it's a serious issue for the industry. I can only imagine what it's like for the sheep farmers and large stations,further out west where there is just no connection."

While low-power network technology can enable long range connections to sensors and other systems, Simon says the technology doesn't suit his needs, and other solutions are expensive.

"Our biggest thing with investing in these kinds of things, is it needs to make me money and save me money. And if it doesn't do any of those things, it's not going to happen."

Access is gradually changing as connectivity, technologies and services evolve, and everyone from technology companies to local councils deploy and extend connectivity to more rural areas.

But until more farmers have simple, affordable access to those networks and to meaningful data that can make their jobs easier, the benefits of digital agriculture will remain patchy.

Addressing these issues isn't just important to the industry and the operations of businesses like Mayfield Vineyard.

Here's Michael White again: "At its core, agriculture is fundamentally managing the natural capital base of the continent. And that really is a key thing because 51 percent of the landmass of Australia is managed by farmers.

"So they're not just focused on the productivity of their farms, they want to preserve and protect it for future generations."