Automatic monitoring of the elderly on the horizon. 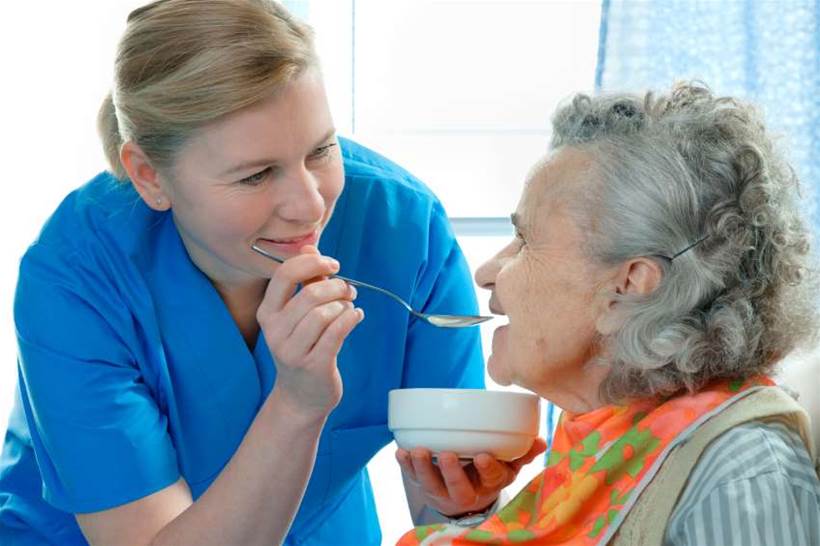 Researchers at Monash University are developing a system that uses sensors to monitor elderly residents in their own homes.

Dubbed the ‘Super Sensor’, the small box houses an array of technologies, including a passive infrared (PIR) motion sensor, similar to those found in commercial burglar alarm systems, as well as light, temperature, and vibration sensors.

The Super Sensor also incorporates a separate IR sensor to detect TV remote control activity, and Bluetooth connectivity that allows ancillary sensors to communicate back to the box.

These ancillary sensors include reed sensors to detect door and window movement, a bed pressure mat that detects bed entry and exit activity as well as motion during sleep, and a keyring to detect departure and entry into the home.

The Super Sensor communicates with software that detects abnormal patterns of behaviour, and sends alerts to the aged resident or a caregiver.

“Vibration sensors are a novelty we introduced because they can detect changes in the walking pattern of people or reduced movement of people, which may be due to some injury to an elderly person,” project lead Professor Ingrid Zukerman of the Clayton School of Information Technology said.

“Reed sensors are those that you would put on windows and doors to detect if someone has opened them. For example, you may want to put a reed sensor on the door of a fridge to see if the person is opening it an adequate number of times a day, which indicates that they are eating.”

The seed for the idea to create the Super Sensor was first planted in 2010.

At the time, a survey was conducted in collaboration with the Centre for Eye Research Australia (CERA) to determine acceptable monitoring technologies for the elderly.

“They all objected to cameras and wearables, and I don’t blame them,” Zukerman said.

“People in their over 50s are very conscious about privacy.

“They also think that a wearable stigmatises them; they feel that they’re being stigmatised as being infirm and incapable of fending for themselves.”

These reasons, Zukerman explained, are why the Super Sensor has been designed to be non-intrusive, passive and discreet.

The Super Sensor can also have potential applications outside of private homes, including in hospitals and aged-care facilities.

Getting the formula right

Zukerman said her team is currently working through some challenges.

These include sensor interference, caused both by other sensors in close proximity and by Bluetooth connectivity.

Battery life is an issue, particularly with respect to the ancillary sensors, which do not connect to mains power like the Super Sensor.

And the behavioural models in the software have to be configured to capture legitimate alerts while minimising false positives.

“It all comes down to model sensitivity – if a model is very sensitive, it will catch all the true alerts, but it will also generate some false ones,” she explained.

“Conversely, if a model is less sensitive, it will generate very few (or no) false alerts, but then it might miss true alerts.”

Zukerman believed the aged care industry needed to look into technological solutions to cater to the challenges of an ageing population.

“People are getting old, and current trends are to keep people in their homes as much as possible,” she said.

“There are not enough people to take care of the elderly with the current business models.

“A successful system that can rationalise aged health care would be a very good thing.”

She envisages a future where passive, non-invasive systems could complement the services provided by a caregiver, but is wary of technology that is used just for cost savings or to reduce or remove human care in the health system.

“At the moment, you have visiting professionals who visit the elderly person, say once a week, make sure they’re OK, see if they’ve taken a shower, if there’s enough food in the fridge, and so on – then they leave,” she said.

“It would be better if this person only came when there is a perceived need, and it would also be better if a person came to visit, sit with the old person and provide company, and not just check on things that could be checked automatically.

“However, there is a danger that industry will take this the wrong way and decide that a caregiver doesn’t need to come anymore. I really would hope that this would not happen.”

Zukerman has received a grant from the Australian Research Council to continue to develop mathematical models and to begin trials of the devices with the hospitals and aged care facilities over the next 2.5 years.

She is hopeful of receiving additional support from the private sector to bring the technology to the wider market.

“We really would like to partner with a company that would participate in the development effort,” she said.

“If a company would like to play with us, we’d love to play.”