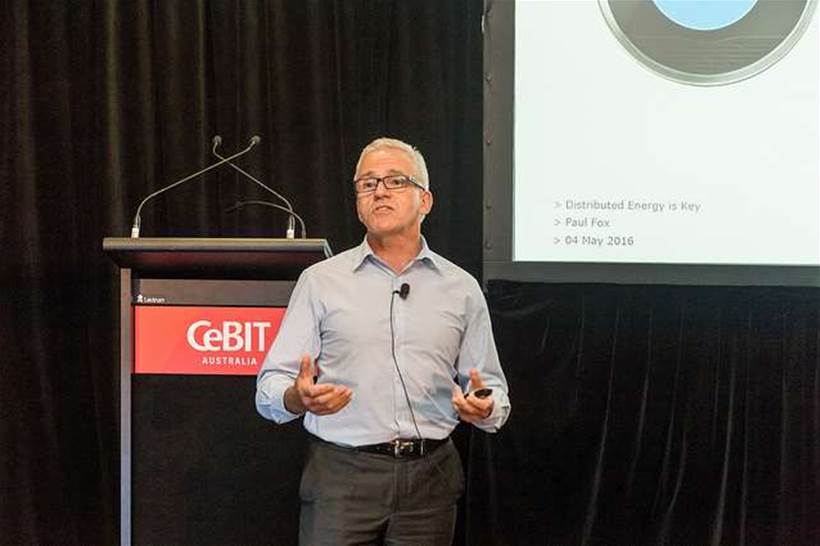 AGL is turning to the Internet of Things to monitor "new energy" systems in homes that use solar and battery storage technology.

Speaking at the recent CeBIT Australia conference in Sydney – of which IoT Hub attended as a media sponsor – AGL New Energy’s head of technology innovation Paul Fox said IoT could also help on hot water, air conditioning and other heating and cooling services.

“As you could imagine, all of these distributed energy resources could be made smart with the addition of IoT, and you can enable them to work together better,” Fox explained.

In the future, such "new energy" systems could also be interconnected with smart meters.

“It’s really about putting the customer at the centre of the distributed energy revolution," Fox said.

"If you put the customer at the centre, you’ve got to know what the customer wants. In broad terms, they want choice, more independence, comfort, convenience and control.”

Increased awareness of energy use due to rising electricity prices and the rise in solar systems has created customer demand for greater visibility and control.

“All of [AGL’s] solar systems that we install now are IoT-enabled for energy monitoring purposes,” Fox said.

Current generation systems allow data delivery only to occur in one direction - from the customer to AGL.

But Fox said future technology improvements may allow AGL to, for example, push settings to inverters in solar installations.

Fox said that this data can then be used to compare the actual energy generated by a solar installation with what should have been created.

A significant discrepancy between these two figures could indicate one of 12 potential faults requiring onsite repair or remote troubleshooting.

The data has also been integrated into an AGL app that provides an at-a-glance view of system efficiency and operation.

The emergence of home batteries

Fox said that increasing interest in battery power for the home led to AGL’s decision to enter this growing market.

Over the past year, home battery storage systems generally have increased in popularity, driven by the likes of Tesla and Redflow.

“Every single one of [AGL’s] batteries has a computer and sensors on board for metrology purposes,” Fox said.

“AGL over-instruments them now because we’re trying to collect data about how they operate.”

Fox said the level of control that AGL has over its deployed battery fleet meant the company can remotely instruct the batteries to feed power back into the grid, reducing stress on the grid during periods of heavy power usage.

He said that AGL invested in a US company called Sunverge, which is one supplier of batteries to AGL and also has management software.

One of the more novel uses for IoT that Fox described is the ability for AGL to manage the settings on smart air-conditioning units deployed by the company to reduce the load on the grid without compromising the required comfort of a household’s occupants.

Fox added that this doesn’t mean that AGL is switching off air conditioners on the hottest days purely to “save the grid”.

He said that customers felt a sense of satisfaction knowing that they were contributing back to the network. Customers received a discount when their air conditioning units were throttled.

Fox added that the data gathered from air conditioning use could also indicate inefficient insulation in a given household.

This allows AGL to engage with the customer to discuss strategies to improve their insulation and therefore reduce electricity costs associated with heating and cooling.