Partnership aims to get automated vehicles on the road by 2021. 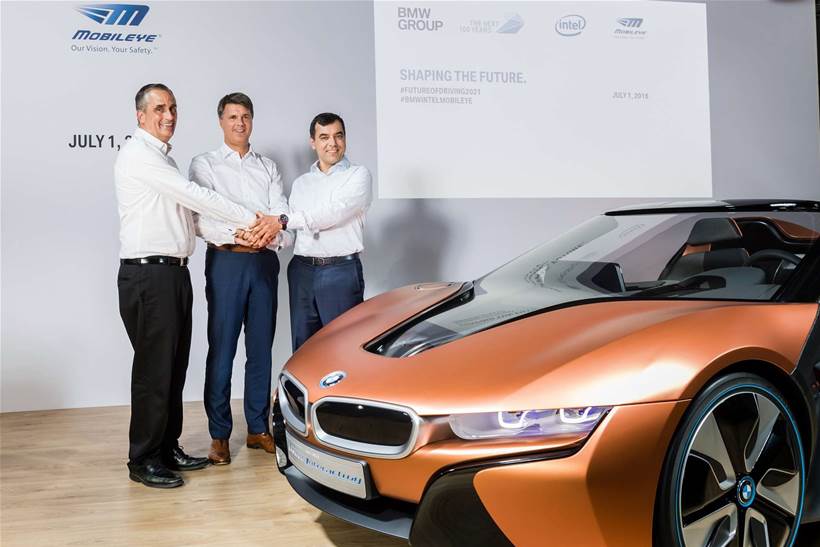 BMW Group is joining forces with Intel and computer vision and sensing company Mobileye to create an open platform for self-driving vehicles. The aim, according to a recent joint announcement, is to bring automated vehicles into commercial production by 2021.

BMW’s recently announced its iNEXT all-electric flagship sedan will be the foundation for the vehicle manufacturer’s autonomous driving strategy, and the company hopes it will set the basis for fleets of fully autonomous vehicles on highways and in urban environments.

Mobileye – an Israeli company that develops OEM and after-market vision-based advanced driver assistance systems – will contribute its expertise in real-time sensing of road conditions, pedestrians, street signs and other vehicles.

The trio believes that automated driving technologies will make travel safer and easier, and their goal goes beyond hands-off driving.

According to the companies, they are developing their platform to reach the so-called “eyes off” (level 3) and ultimately the “mind off” (level 4) level of autonomy, as defined by the Society of Automotive Engineers.

They hope that this will eventually lead to the final stage of vehicle automation, which is “driver off” (level 5), that is, without requiring a human driver inside.

The platform will also be made available to other car makers and industries that could benefit from autonomous machines and deep machine learning.

Intel’s CEO Brian Krzanich said at the announcement: “Highly autonomous cars and everything they connect to will require powerful and reliable electronic brains to make them smart enough to navigate traffic and avoid accidents.

“This partnership between BMW Group, Intel and Mobileye will help us to quickly deliver on our vision to reinvent the driving experience.”