Peace of mind on your child's wrist. 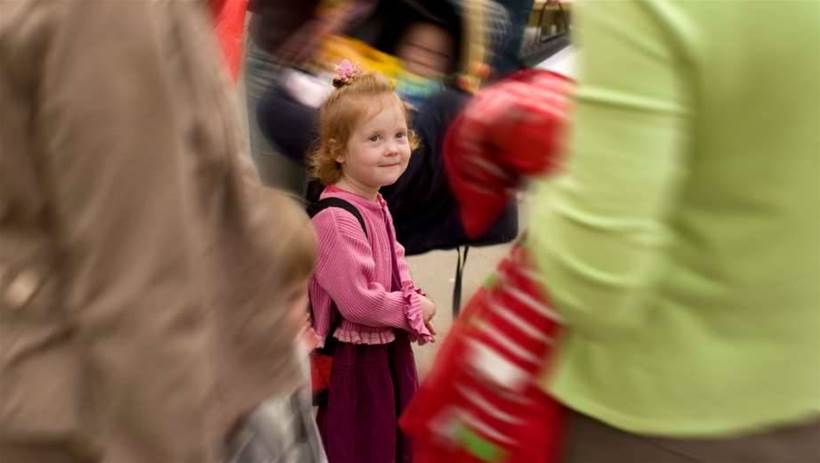 Losing your child in a shopping centre is a heart-stopping nightmare for any parent.

For Child Angel CEO and founder Andrew Purcell, experiencing this harrowing ordeal first-hand started him on a road towards thinking of ways to prevent it occurring again.

Fast-forward to today, and he is on the brink of launching the Child Angel smartband, a wearable device for children that allows parents to monitor their child’s location in conjunction with a smartphone app.

The device also contains an alarmed strap that will send an alert to an app installed on the parent’s smartphone when it is removed.

To design the product, Purcell sought opinion from the end users themselves – children.

“I asked kids what they would like, and what would make them want to wear my device,” he told IoT Hub.

“So I added an interchangeable face plate that allows kids to personalise it every day, whenever they want.”

“They can then be wearing the latest trend, be it film, character, sports club/player, etc.”

Child Angel recently announced a partnership with Intel, who are supplying their recently released Quark processors to power the device.

“Collaborating with Intel has allowed us to include more functionality into the device,” he said.

“We’ve added biometrics, temperature and heart monitoring, a UV sensor, an accelerometer to measure speed of movement/fitness/health, and a neuro engine that recognises patterns and pattern changes.

“All of this information is then sent back to the Child Angel app.”

The Child Angel App also allows parents to establish a geo-fence around a specified area, and an alert will be sent if the child moves beyond those boundaries.

Child Angel partnered with Bosch to design and manufacture the device.

“Bosch’s quality, reliability, build, attention to detail and certification in their field are all first class,” Purcell said.

Arkessa was also brought on board as a partner to provide GSM connectivity around the world.

The Child Angel is only the beginning for Purcell. He already has plans to expand to the aged care, pet and education industries with this technology.

“We’ve also had interest from theme parks in the UK, and are in talks with a number of very large companies across the whole spectrum,” he said.