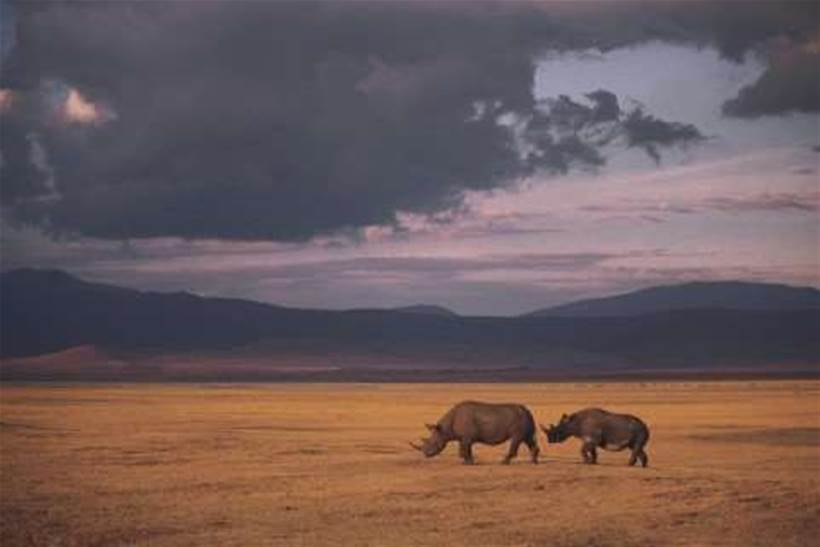 A private game reserve in South Africa that is home to a rhino population is being fitted with sophisticated wireless and sensor networks in a bid to track who enters and exits the area.

Dimension Data and Cisco are behind the IT elements of the system, which is being called ‘connected conservation’.

“The goal is to proactively intervene and stop people entering the reserve illegally - whether it’s cutting fences, being dropped onto the ground by helicopters, or simply driving in through the entrance gates,” Dimension Data executive Bruce Watson said.

“Every day, hundreds of staff, suppliers, contractors, security personnel, and tourists enter and exit game reserves. The human activity in these environments is not monitored because, typically, the reserve is in a remote location with basic IT infrastructure and access control, manual security processes, and very limited communication.”

The technology does not track animals within the reserve because it can be risky catching them to attach sensors.

In phase one, Dimension Data and Cisco created a “reserve area network” and installed wi-fi hotspots at key points.

The two firms said that the deployment “will be one of the first installations of its kind in the world.”

“Over time, the technology will be replicated in other reserves in South Africa, Africa, and globally, to not only protect rhino, but conserve other endangered species including elephants, lions, pangolin, tigers in India and Asia, and even sea rays in the ocean,” the technology firms predicted.

In the interim, the target species for protection is the rhino.

According to the South African Department of Environmental Affairs’ Report 2015, 1215 rhinos were killed by poachers in 2014 alone – equating to three rhinos being killed every day.

If the rate of poaching continues, rhino deaths could overtake rhino births by 2018, and the rhino could be non-existent in South Africa by 2025, the firms said.