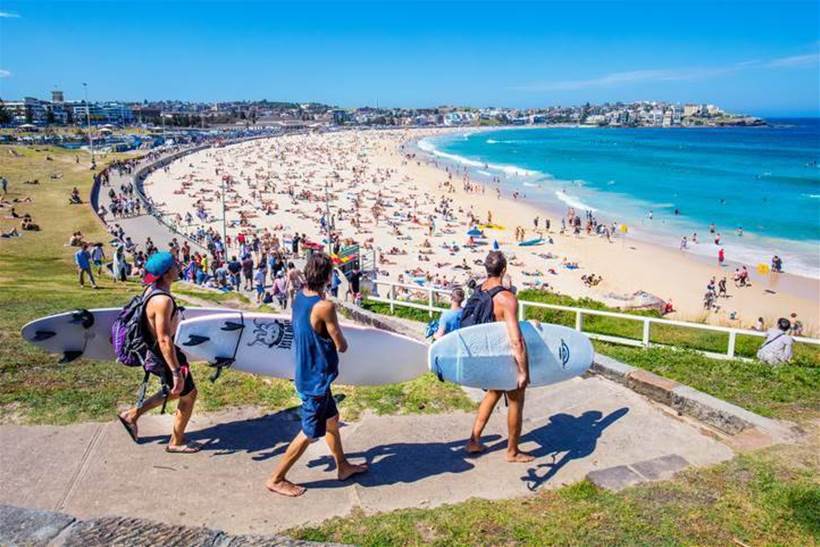 Connected rubbish bins have quickly gained popularity as a smart city application, and Waverley Council has deemed the technology worthy of Australia’s most iconic beach.

Spread across Bondi Beach and Bondi Junction, 42 BigBelly solar-powered smart bins supplied by Solar Bins Australia have been deployed, marking it as the largest council fleet of the bins in the country.

These bins contain internal compactors that compress the waste within them, and also possess inbuilt sensors and wifi connectivity to communicate their fill status via SMS and email to rubbish collectors.

The use of solar energy on the bins themselves to power the compaction and communications eliminates the reliance on grid energy.

The internal compactors allow up to five times the amount of waste to be held within the bins, improving their capacity and reducing the number of trips for collectors to empty them.

The decision to deploy the bins at Bondi Beach and Bondi Junction followed surveys conducted by Waverley Council, identifying these two areas as litter hotspots, with cigarette butts and plastic take-away packaging comprising the majority of rubbish content in these areas.

Waverley Council hopes the use of the solar-powered bins – which have been given colourful livery – encourages people to use them, and minimise the amount of rubbish that could end up in the council’s famous beaches.

Results speak for themselves

Early results have proven council’s hopes for the technology to be well-founded. There has been an elimination of overflowing bins in the two areas, and waste collection activities have also been reduced by over 75 percent, from 20-plus collections a week to five times a week.

Due to the closed construction of these bins, they have also prevented local bird species such as ibises and seagulls from accessing the bins and disturbing the litter contained within them, helping to maintain the cleanliness of the surrounding areas.

The introduction of these bins has also allowed the council to reduce the number of bins deployed in the affected areas, freeing up public spaces and footpaths.

This project won the Government category of the Australian IoT Awards 2017. View the other winners here.