Creatives in the country? Blockchain and agtech can create unexpected jobs in regional Australia

Could a technology and innovation initiative such as BeefLedger become an example of how to arrest the brain drain of young people to metropolitan cities? 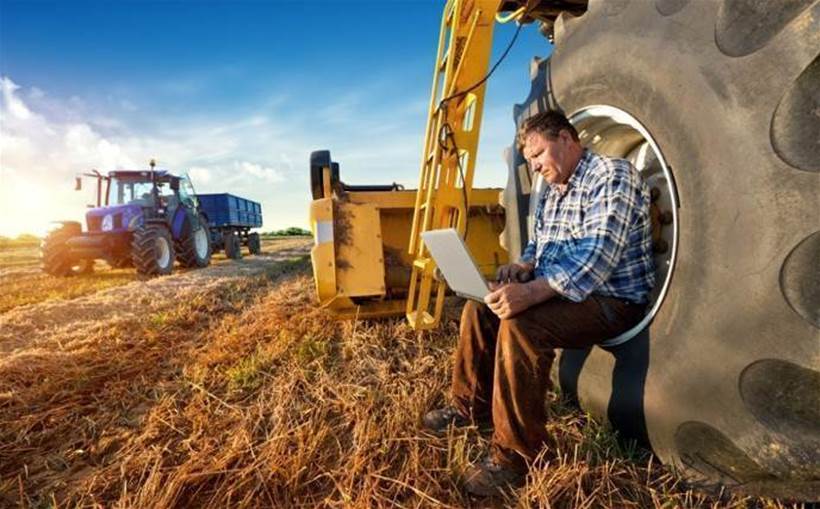 Digital technologies such as artificial intelligence (AI) and robotics are said to make many jobs redundant due to automation. BeefLedger, a QUT research project with a focus on blockchain and agtech (agricultural technology), tells a different story. It turns out the project generates jobs not usually associated with rural and regional Australia.

BeefLedger is a two-year A$1.5 million project that set out to track and protect the authenticity of Australian beef in the rapidly growing Chinese market. It also shows, though, that blockchain and agtech can generate jobs in the creative industries in regional Australia, too.

The Australian beef industry is worth more than A$13 billion a year. Around 75% of its output is exported. Yet demand from markets like China will soon exceed our supply capacity.

And that opens a door to food fraud, a A$40 billion-a-year problem globally. Food fraud is reducing Australia’s brand value in China.

Led by QUT with funding from the Food Agility CRC and industry partners, BeefLedger is designed to protect Australia’s brand integrity by fighting food fraud. As well as verifying food provenance, it eases cross-border logistics and payments. It does this by creating an integrated blockchain-enabled beef provenance and smart contract platform.

So where do creative jobs come into it?

BeefLedger engages producer communities in rural Australia in new ways. BeefLedger is working with the District Council of Grant and Mount Gambier High School to develop digital video stories about the Limestone Coast and Mount Gambier region. By producing authentic local content that showcases food provenance to consumers, the project opens up regionally branded export opportunities in the Chinese market.

This creative content will be used across various platforms to strengthen the brand authenticity of Limestone Coast beef in the Chinese market. Farmers collaborate with students producing this content. In turn, BeefLedger adds value and benefit to the local community.

The students visit farms and feedlots to learn about digital farming (agtech), the Internet of Things (IoT) and data analytics. BeefLedger engages students in agricultural science, data visualisation, creative storytelling, and food provenance narrative branding. They also learn about Chinese culture, including food and media consumption practices such as WeChat.

Read more: Explainer: what's the difference between STEM and STEAM?

Could a technology and innovation initiative such as BeefLedger become an example of how to arrest the brain drain of young people to metropolitan cities? Might such new career prospects be an incentive even for city slickers to consider regional Australia as their new home?

There are about as many opinions as there are experts. – Erin Winick

The desire to eliminate middlemen has been around for as long as there have been middlemen. Calling this desire disintermediation has gained currency with the rise of blockchain and other distributed ledger technology.

The removal of intermediaries in a supply chain is said to enable frictionless capitalism, where producers have a more direct relationship with consumers. This supposedly leads to more profit for producers and a better deal for consumers.

The future of work in a blockchain world remains contested. Some have estimated that blockchain and smart contracts could make 30–60% of jobs redundant. Rebuttals of these dire predictions point to new jobs and new businesses being created.

Rather than thinking of disintermediation as killing jobs, we find consumer culture and expectations are creating new ones. Nowhere is this more evident than in the creative industries.

Originally, cultural intermediaries were identified mostly as advertisers and marketers. Today, they are a growing profession filling a range of roles: arts managers, curators and promoters, fashion, food and lifestyle gurus, journalists, DJs and online product reviewers. In China, the latter have become social influencers in an industry worth more than A$12 billion.

The generalisation of entrepreneurialism in neoliberal societies into so many different occupations and areas of practice – the bootstrapping ethos of not searching for but creating one’s job – goes a considerable way to making everyone an intermediary whether they want to be or not. – Peter Conlin

We are seeing a third wave of socially engaged cultural intermediaries in the creative city. This includes facilitators, enablers, community workers, activists and social entrepreneurs. It often includes those working in not-for-profit and non-government organisations.

The cultural intermediation at play in the BeefLedger project entails brokerage, lateral thinking, conceptual reordering and dot-joining people and community assets. This is the craft so many professionals in the creative industries practise every day just to get a gig: applied creativity.

Intermediation and disintermediation cannot be reduced to a simple binary of good or bad. Nor should our understanding of them be confined to sales, marketing or e-commerce. Our work on the BeefLedger project applies creativity across the persistent silos of the 3Cs – Community, Culture and Commerce – towards mutually beneficial results.

In fact, digital technology such as blockchain may soon increase demand for professional cultural intermediaries. They bring an ability to articulate commercial aims and objectives in creative and community terms. This then enables a more holistic integration of business, social and regional agendas.