Creativity and IoT come together at Abbotsleigh 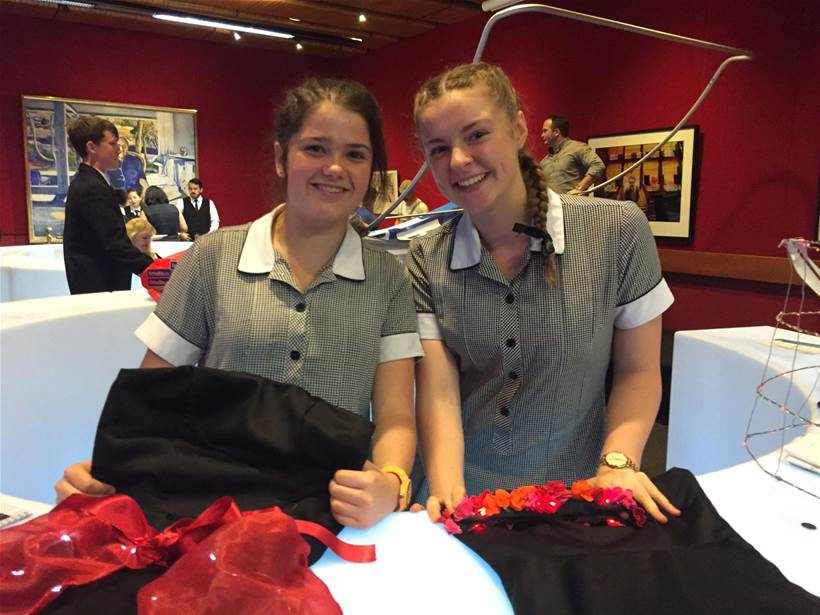 Students at Abbotsleigh Girls School in Sydney have successfully combined their creative design skills with electronics to create a series of LED-equipped wearables.

Vivid Festival is an annual event that projects lights and visuals onto landmark buildings in the city.

“One of these garments has a twinkle cell in it, and depending on the way you sew the conductive thread in, it’ll twinkle,” Ms Humphries explained.

“Another one of our wearables allow the LEDs to change colour.”

Over the course of a term, the girls had to design and construct their wearable garments, and quickly discovered the joys of troubleshooting the electronics contained within them.

“Wiring the lights was hard – if the lights didn’t work the first time, we’d have to work out if the conductive thread was broken or if the battery was dead,” Evennett said.

The students said some of their peers were “a bit sceptical as to whether [the garments] would look any good, but they turned out pretty well.”

The girls already have ideas on where else this sort of technology could be used. For example, cyclists riding at night could wear LED-equipped garments to improve their visibility to other vehicles.

When Malin Mawby, teacher at Abbotsleigh’s Technological and Applied Studies (TAS) department needed inspiration to get her students interested in technology, she saw the Vivid Festival in Sydney as a great platform to do so.

She was already experimenting with Arduino boards, so she pitched the idea to her fellow teaching staff that she could mentor students in the creation of wearables, and incorporate them into a mini Vivid Festival to be held at the school.

“We planned our unit, so it wasn’t an extra-curricular thing, and it incorporated the syllabus as well as an assessment component,” she said.

“We were ticking all the boxes [on educational outcomes] but at the same time, we wanted to give our students a public audience.

“So we decided we were going to have an event and an exhibition, where we can showcase everything, just like Vivid.”

The students were taken on an excursion to the Vivid Festival for inspiration, and on the opening night of the event at the school, some Vivid designers were also invited to talk to the girls about their design processes.

“It was a really good validation point for the students, because they lived through the frustration and the joy in displaying their work and having audiences interact with the displays, and the designers themselves explained that they go through the same thing as well,” she said.

Mawby already has ideas for the coming years to expand the use of wearables in the curriculum.

“I want them to be smarter, beyond just lights,” she said.

“I want some sensors included, such that we can create an exhibit where audiences can interact with the display.”

Mawby said that combining creative design with the technology was the key to convincing teaching staff and the students that this was a worthwhile venture.

“You need a creative mind to imagine what’s possible,” she explained.

“Of course, you need to make your ideas happen, but what’s great about the design curriculum is that it allows you to be creative and it also grounds you and makes you think about what you can actually do.

"Then you execute your ideas and it grows from there.”

This is the second of a multi-part series on the ways IoT is making its way into Australian classrooms and learning environments. You can read part one here.