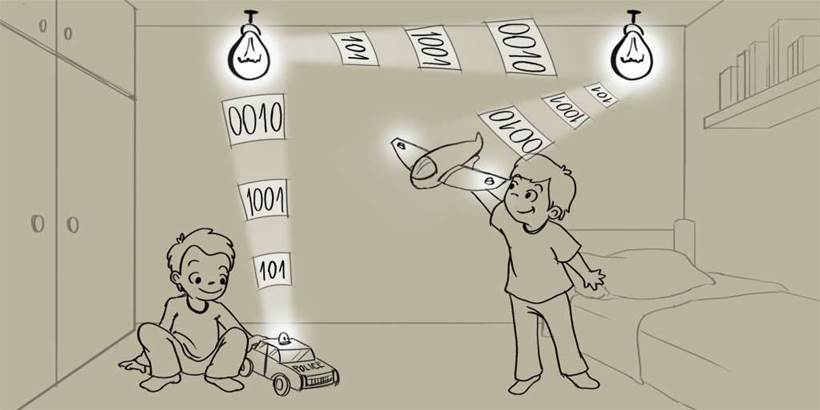 Wireless lightbulbs are a growing part of home automation and Internet of Things connectivity, but the devices they in turn can communicate with are limited.

Disney Research, along with the Zurich University, has just unveiled a working prototype of a connected lightbulb that can use visible light to communicate with devices that may not necessarily have wi-fi capability.

The light bulbs - so far called the Linux Light Bulb - feature a VLC controller and a Qualcomm system-on-a-chip.

The VLC controller stands for Visible Light Communication, and this is the light-bulb's main trick.

Wi-fi is used only for remote control, updating firmware, and collecting data.

Disney's plans for the technology are to have the lightbulbs able to communicate with a range of devices to create "smart indoor environments".

Being Disney, this would of course mean a lot of toys and similar devices that can interact with each other via connected light fittings.

In fact, in the recently published white paper, the creators of the Linux Light Bulb are already calling their creation the 'Internet of Toys'.