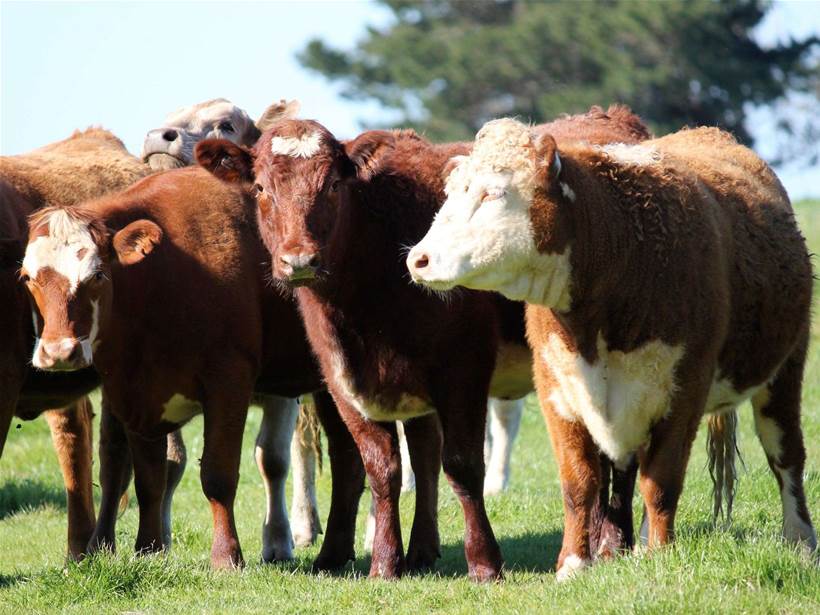 Australian agriculture start-up Agersens has received a grant to develop and commercialise a fenceless farming and livestock monitoring system.

The federal grant, worth $250,000, will be used together with a grant of equal value provided by Victorian Water.

The system consists of a network of wearable devices placed on livestock, containing GPS and health monitoring sensors.

These wearables communicate to base stations strategically located throughout the farmer’s property. The data received from those wearables is then sent to an app on the farmer’s smartphone or tablet.

From that app, the farmer can specify virtual boundaries that livestock must adhere to. If an animal gets close to one of these boundaries, an audible signal will be emitted from the wearable, warning the animal that a boundary is approaching.

If the animal continues to move to the boundary, the wearable will produce a mild electric stimulus to discourage the animal from progressing further.

Ian Reilly, founder and CEO of Agersens, told IoT Hub how research conducted by the CSIRO helped kick off the development process.

“[The CSIRO] did a research program between 2004 and 2010, and developed it to a point where they had algorithms [relating to animal behaviour and movement],” he said.

“They were ready to commercialise but they were waiting for a partner, so I started to work towards doing that and last year we performed a feasibility study.

“Since then, I’ve been working on it full time, and the funding we’ve recently received has given us enough to get a prototype ready for a trial in March next year.”

Agersens recently employed Sally Haynes, an animal behaviour and welfare scientist, to assist with the development of the livestock wearable, and ensuring that the animals are treated humanely within the system.

“The CSIRO determined that – in terms of animal behaviour – it’s really important for an animal to predict and control the stimulus,” she said.

“They determined that if you have the warning sound before the electric stimulus, that means the animal can predict that the stimulus is coming, and they can control whether the stimulus comes or not by changing their behaviour.

“Their research showed that within a couple of days, the animals were learning very quickly to respond to the sound, and avoid the stimulus.”

Using such a system, a farmer could employ strip grazing, which involves moving livestock to certain parts of a paddock at a time to graze, before moving them on to another area.

“If you wanted to do that now you’d have to change your fences, but if they are concreted in, it’s very difficult to do that,” he said.

“Our system creates a virtual, moving grazing front, so you can gradually move the boundaries and livestock along.”

He also sees farmers using this system to monitor the health and condition of their livestock.

“Just like a FitBit on people, this will be a FitBit for cows, so it will monitor the animals as well.”

Reilly said the initial use of the system will be the protection of municipal waterways in regional Victoria.

“The catchment management authorities in Victoria want this product so they can give it to farmers at a low price and use them for effective protection of the rivers and waterways,” he said.

“The Victorian government spends millions annually to try and get more cattle out of rivers and waterways, so they’re very interested in the product and to see it come through.”

Reilly is hoping that, as a result of using the product, the agriculture industry’s relationship with the environment will improve.

“We need a better partnership to prevent things like overgrazing and damaging resources, and putting a strain on the ecosystem,” he said.

“We think this is a product that will have a great benefit to both the farms and the environment at the same time.”