Floods left thousands without power. Microgrids could help communities weather the next disaster 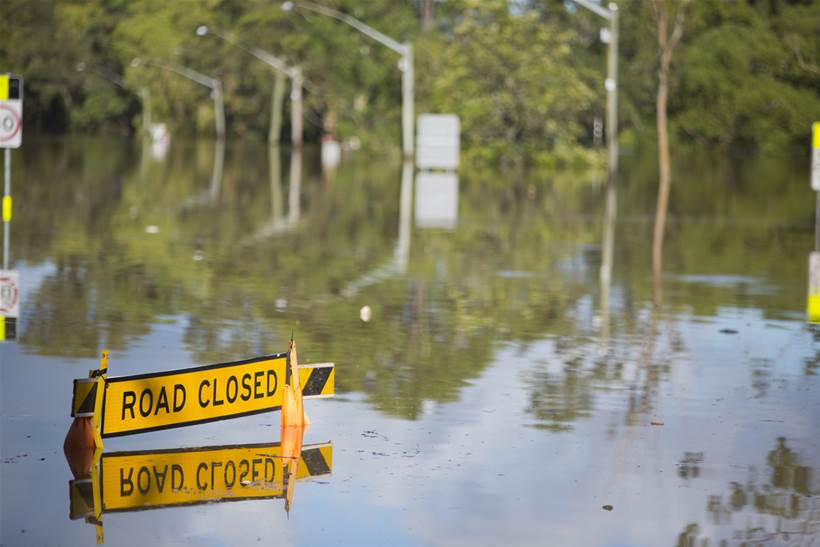 The devastating floods have cut off power for tens of thousands of people across New South Wales and Queensland, limiting their access to basic amenities and hampering rescue efforts. This included 54,000 homes in Brisbane alone.

But this doesn’t have to keep happening. Our new research finds installing renewable energy-run microgrids as a back-up power source can ensure regional communities don’t run out of critical energy, fuel and food supplies when the next disaster strikes.

Microgrids are groups of homes and businesses that use, generate, and share electricity. When the main grid begins to fail, they can disconnect from the main grid and continue to operate in a so-called “islanding” mode.

Several dozen community microgrid feasibility projects are already in progress. One, announced by Energy Minister Angus Taylor this week, will use renewable energy to power Daintree communities in far north Queensland. It will incorporate an 8 megawatt solar farm, 20 megawatt hours of battery storage and a 1 megawatt clean hydrogen plant.

While projects like this are a good start, critics argue the Daintree microgrid’s impact on the rainforest is untested, and point to the need for greater community engagement. Australia can – and should – be a world leader in this field, but as climate change brings more frequent disasters, we can’t afford to get it wrong.

Energy supply during and after any disaster is critical, yet this is often the first thing to be interrupted.

The bushfires that burned large swathes of southeast Australia in the summer of 2019 and 2020, for example, destroyed critical infrastructure in East Gippsland. It left whole communities without power and telecommunication, with some cut off for weeks.

This exposed failures in the ability for the current electricity distribution system to supply communities when they need it most. The loss of power meant losing the ability to chill food, pump fuel, pay for supplies, charge mobile phones, heat water, and keep cool.

Australia is one of the world’s largest countries, but with one of the lowest population densities. This means electricity must traverse long distances to supply many of our communities.

And as climate change makes the devastating floods and fires increasingly frequent, building back the damaged electricity poles and wires that traverse the hillsides and track the rivers seems maddeningly futile.

Microgrids have traditionally been deployed around the world in places where supplying power from the main grid is too expensive or difficult. However, microgrids can also provide a reliable, clean supply of energy in areas prone to natural and climate-related disasters.

Our research used case-studies of disaster responses overseas to explore opportunities for emergency energy supply in Australia. This includes the recent wildfires in the United States and Greece, earthquakes in New Zealand, and cyclones in India.

Each sought to improve community resilience through the provision of more reliable, cleaner energy supply. This typically took the form of small scale renewable energy systems combined with energy storage and backup power, with an ability to “island” from the main grid while keeping the lights on.

For example, after Hurricanes Katrina (2005) and Sandy (2012) caused major destruction and power outages, the Gulf and North Eastern states of America have become leading markets for microgrids.

We can also look to Sonoma County, a famous wine making region in North California, to see the benefits in action. In 2012, a winery installed an off-grid system using renewable energy and battery storage. This microgrid enabled the winery to survive wildfires in 2017 by switching to full island mode, allowing the business to operate for ten days independently.

And evidence shows microgrids installed in Japan have successfully continued operating after a series of earthquakes and storms.

A good start, but more needed

Through its Remote and Regional Community Reliability Fund, the federal government is investing A$50 million over five years for feasibility studies on microgrid technologies. These will seek to bolster or replace electricity supply to more than 100 off-grid and fringe-of-grid communities.

The Australian Renewable Energy Agency is committing another A$50 million to fund micorgrid pilot projects. Western Australia is leading the charge, with its pioneering use of stand alone power systems – like smaller, more contained microgrids that are completely separate from the grid.

With global evidence microgrids effectively help communities withstand disasters, this funding is a step in the right direction.

However, there must be greater engagement with communities to garner their support. This includes from greater cooperation of electricity network companies to help communities better understand the microgrid proposition for their towns.

What’s more, the current restrictive regulatory frameworks often can be a hindrance to energy sharing and storing, which are necessary for microgrids to work.

Without incorporating these into Australia’s plans, the likelihood of seeing successfully implemented microgrids across the continent will remain lamentably low.