Here’s Telstra's primer on the road ahead for 5G

A basic refresher on latency, speed and other aspects of 5G evolution. 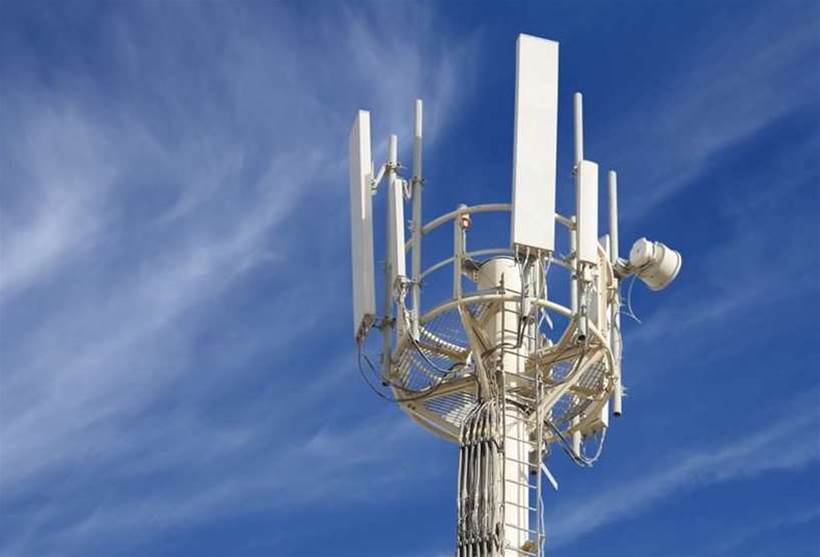 While Telstra and Optus are expanding their 5G coverage, that’s of course not the only 5G development on the way.

Those familiar with 5G will know that speeds are expected to increase and latency to decrease as the technology evolves. But not everyone’s well-versed in the road ahead for 5G. So this week, Telstra provided a basic refresher.

The slide below shows Telstra’s basic summary of expected increases in 5G speed and latency as the technology evolves.

Telstra has deployed 5G in Non-Standalone (NSA) mode, which allows for “multilingual” devices capable of talking to 4G and 5G networks at the same time. “We combine two pipes, effectively,” says Paul Milford, Telstra’s Mobile Innovation Rollout Principal.  4G will underpin the 5G network for “quite a period of time”.

For those wondering why initial 5G services aren’t significantly faster (on paper) than 4G, Milford says first generation chipsets aren’t using the full 4G pipe. He says the availability of a second generation 5G chipset, expected in the first quarter of 2020, will enable use of all of the 4G pipe. This will increase peak speeds to devices that have the new chipset to up to 3.1 Gbps (actual speeds depend on a range of factors and will differ, of course).

Telstra also plans to introduce other changes, including Standalone (SA) 5G, which it expects will reduce latency to 5 milliseconds when used with devices that have a 2nd-gen chipset. In July 2019, Ericsson and Telstra announced they had tested Standalone 5G using Ericsson’s Baseband 6630, Radio AIR6488 and a 5G Standalone device that uses a MediaTek chipset.

Telstra’s slides also show latency falling to 1 millisecond for industrial and automation applications (not all users will get this level of latency). This will be made possible through the use of a network feature called Ultra-reliable Low Latency Communication (also called ultra-low latency control) and more specialised chipsets, explains Milford.

Other factors that will improve 5G propagation, resiliency and latency include continuing modernisation of Telstra’s core network and advancements in delivery technologies. 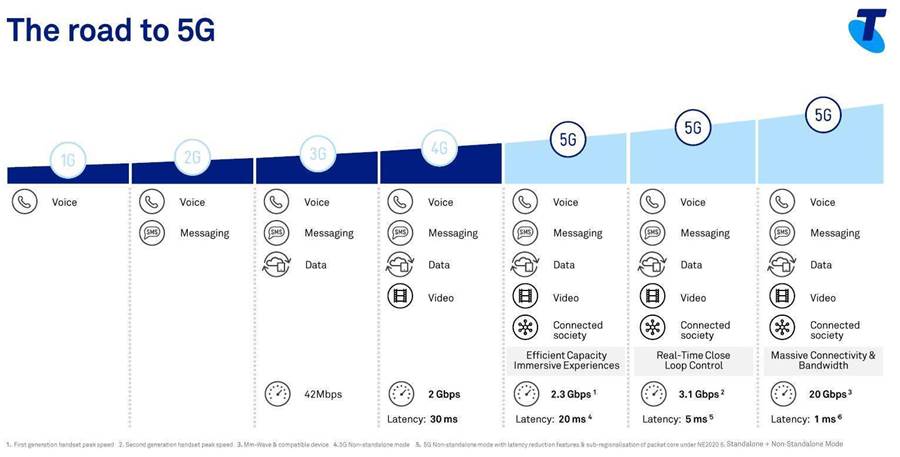 Milford points out that 5G users can’t have it all in terms of speed and latency. Telstra will look to use Network Slicing to tailor 5G services to users’ needs. 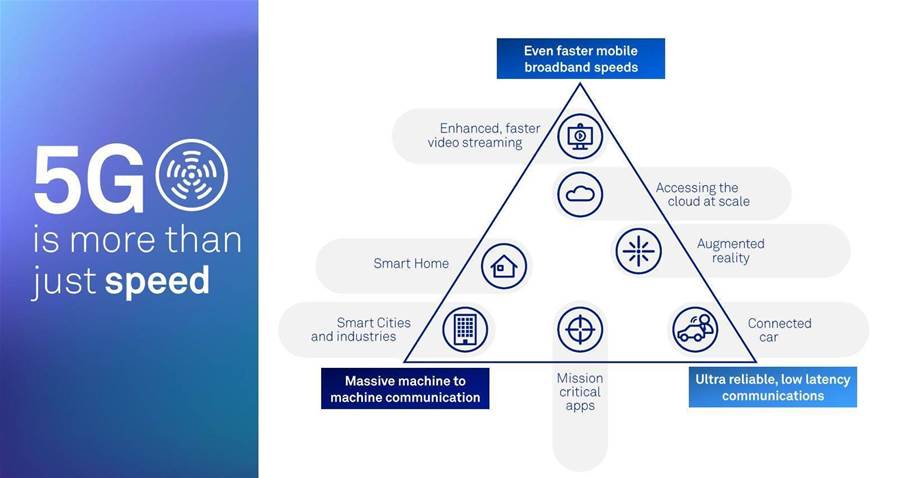 Telstra is rolling out 5G using mid-band spectrum (3.5GHz and 3.6GHz). But eventually, it wants to take advantage of low, mid and mmWave frequencies for 5G.

The company is looking ahead to the auction of mmWave spectrum in the first quarter of 2021. As its slide below points out, mmWave provides high capacity and speed, but in a very small coverage area – a Telstra spokesperson likens mmWave coverage to a torch beam with a range of up to 400 metres). mmWave suits high traffic areas such as stadiums and train stations, but it’s susceptible to throughput problems caused by trucks, rain and trees, explains Milford. Telstra has been playing with mmWave for some time, including at the Melbourne Cricket Ground.

And it has begun testing 5G using 850MHz spectrum, which it uses to provide commercial 3G services.  It recently announced plans to switch off its 3G network in June 2024, so it can use the spectrum for 5G.