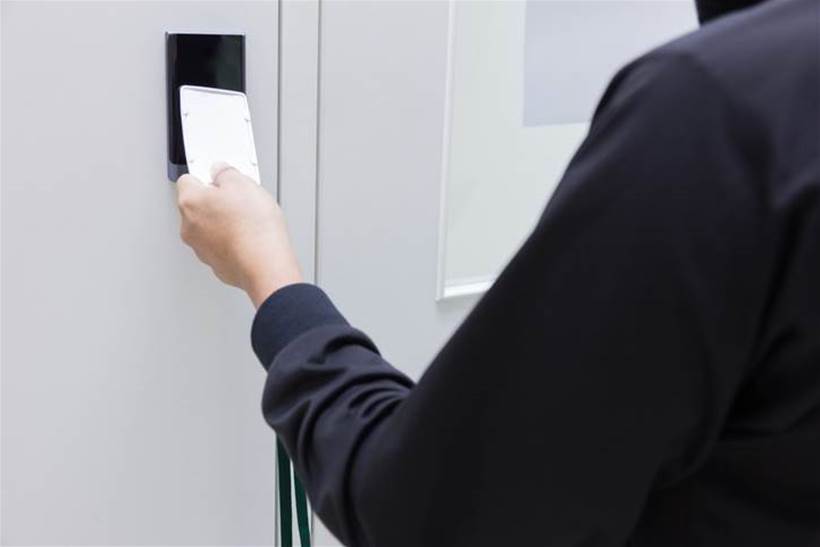 Honeywell's Vector occupant app promises to eliminate the need for building access cards and may even help eliminate ‘thermostat wars’, where occupants ‘battle’ for control over air conditioning temperatures.

The app also enables users to submit a request for the ambient temperature of their working environment to be adjusted. As multiple users submit their requests, the facilities manager can then make a more informed decision about the conditions for a particular workspace and make the necessary adjustments, based on general consensus.

All of this capability is hosted in the cloud platform of the customer’s choosing, eliminating the need for a dedicated PC or server to manage access control for a building and its occupants.

The release of the app to extend the range of Honeywell’s building management solutions marks another major step in the industrial technology company’s diversification of its operating remit from being a device builder to also being a software developer.

IoT Hub sat down with John Rajchert, global president of Honeywell Building Solutions, during his recent visit to Australia to discuss the company's shift.

Rajchert said that the growth of the Internet of Things and mobile technology has had a major influence on the company’s product and service strategy, particularly in the building management space.

“We’ve long had the view that we want to be the Apple of the industrial world, and we’ve made the pivot to become an industrial software company,” he said.

“We’re a real STEM (Science, Technology, Engineering, & Mathematics) company where our roots and our culture is in engineering, and now software engineering is core to this, and is a very contemporary space that holds a lot of promise.

“A significant amount of building technology is moving from the hardware sphere into the software sphere, and the two things that power that shift are the computing capabilities of the cloud and ubiquitous communication.”

Rajchert said that the growth of the consumer electronics space, particularly with the use of mobile phones, user-centric design, intuitive operation, and shallow learning curve has informed the way Honeywell has thought about its software approach.

“We’ve taken a leaf from the consumer field, inspired by companies like Apple, who make it very easy to use equipment, to understand new applications, and unlock the benefits of technology,” he explained.

“So rather than being a slave to the technology, you use it to achieve a business aim.”

Are the days of the facilities manager numbered?

An application like Vector could be seen as a step towards a future scenario where building occupants interact with a building’s facilities directly via automated services, negating the need for a building or facilities manager.

Rajchert acknowledges that the technology to enable such a future already exists, but still sees the role of a facilities manager as a crucial component to the interaction between a building, its facilities, and its occupants, even if the nature of that interaction will change due to technology.

“What’s changed is that it’s much easier for an individual to use their own mobile device to ‘connect’ to a building, and an application like Vector provides that interface. But you still need to manage the building itself, and you have to govern the access that you give to a building’s users,” he said.

“If you think about temperature, for example, the Vector app can receive input from users to increase or decrease the temperature in an office, but it doesn’t really help to make an automatic decision about what the temperature should be.

“That’s why we continue to ask the facilities manager to be a part of this process and provide a level of oversight. People work with people, and while we’re more comfortable using technology to help facilitate the use of a building, you’ll always have a facilities manager to maintain a certain level of humanity, if you will.”

More businesses are recognising the role that the office space itself can have on the productivity and well-being of its employees, as they continue to move away from cubicles to open, collaborative workspaces.

This change in dynamic has caused a shift away from simply ensuring efficient buildings, to enabling efficient workspaces and workers, according to Rajchert.

“We now know that it’s the people that use the building we need to focus on, rather than the building itself. What technology is able to do now – with the ubiquity of sensors and the ease of their connectivity – is obtain a lot more information about how a building and its internal spaces are used,” he said.

“We can determine how many people are in a building, where they are, when they’re there, and put all of this information into a cloud-based historian. This then allows us to look at a building holistically and see how it’s being used.

“If we then plug information in from the public domain, such as weather conditions, this combined dataset then provides us with hitherto unseen insights about a building’s workspaces, giving planners the ability to make better use of the available areas.”

The release of Honeywell’s Vector app has focused on the smartphone-based replacement of ID and access cards, and the elimination of phone calls to facilities managers to alter temperatures. However, plans are already in motion to add more functionality to the platform, according to Rajchert.

“Vector also has wayfinding capabilities as well, so it's not just about being able to open a door, but being guided around an office to that door. As we move forward, future releases will extend to integration with room booking systems,” he said.

“We’re hoping to be able to optimise the use of meeting rooms using this platform, and allocate rooms based on actual occupancy, rather than a simple digital booking.”

The current functionality of the app requires a number of user touches and a shake of the handset to enable access through a secure door. While a touchless access experience could be achieved, Rajchert said that the design team is mindful of striking a balance between ease of use and security.

“It’s a similar conundrum to that experienced in airports, where they want people to come in and use the building’s services but maintain a secure environment,” he explained.

“At a corporate level, what we see is physical and logical security becoming increasingly important in a building.

“We’re hoping to use our understanding of the interactions between a user and the built environment to continue to provide human solutions that are enabled by technology and IoT, and underpinned by our pivot to a software focus.”