How Australia can be a global IoT success

Start-ups are the key, says Everything IoT founder. 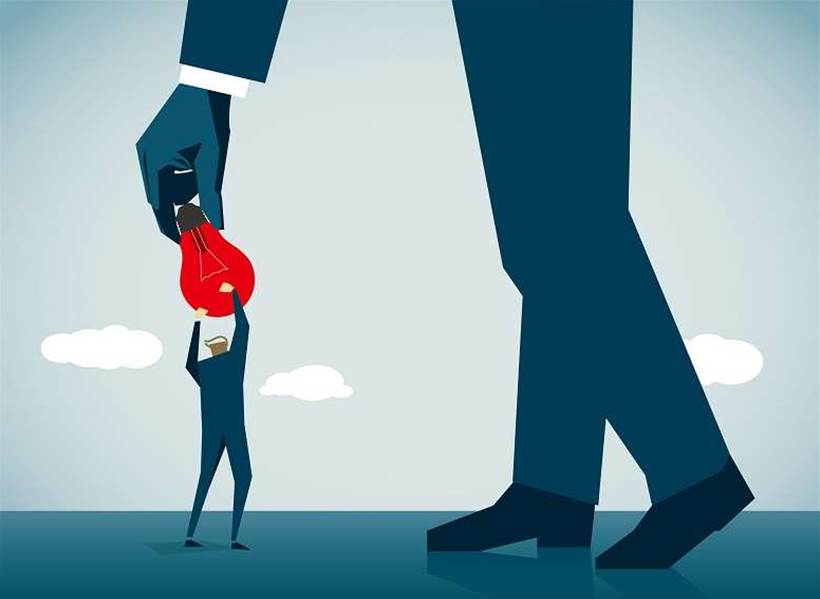 A local entrepreneur has the lofty goal of turning Australia into a global IoT leader by promoting the local start-up community and connecting them with large enterprises and investors.

Eitan Bienstock is the founder of Everything IoT, an organisation that aims to give local start-ups access to the funding, resources and connections with large enterprises and government agencies required to accelerate and promote their development of products and services in the Internet of Things.

Since its inception in 2015, Bienstock has facilitated Everything IoT events with significant enterprise and government backing to raise awareness of IoT and the role that start-ups can play in that ecosystem.

Bienstock spoke to IoT Hub in the lead-up to this week’s sold-out event to talk about his mission to put Australia at the forefront of IoT innovation.

“The idea [to launch Everything IoT] came out of my frustration in Australia that we were lacking focus in the technology space, and in particular in the start-up and innovation space,” he said.

“I’ve been involved in start-ups for over 20 years in Israel, the US, and more recently in Australia, and seeing the emergence over the last few years of the Internet of Things, I saw that we in Australia needed that focus.”

Bienstock saw IoT as “the biggest innovation wave” that was out there, and he took the opportunity to raise the level of awareness in the space, particularly in relation to the start-up community.

He also believes that the areas of IoT that require the most focus are those that are experiencing dramatic growth.

Since his first Everything IoT Summit in October last year – which attracted 250-plus attendees and garnered sponsorship from numerous multinationals such as Cisco, Intel and AWS – he has since hosted periodic events focusing on two particular areas of IoT, cybersecurity and smart cities.

Agriculture the next big talking point

This week’s forum will focus on IoT in agriculture, which have presentations covering a broad range of perspectives.

“We will have six keynote speakers from different fields, from the NSW State Department of Primary Industries, to the faculty of agriculture and environment at the University of Sydney, to KPMG,” he said.

“We will also hear from four innovative Australian start-ups that are doing very interesting things in the agriculture space, and will conclude with a panel session featuring Gavin Smith, the president of Bosch Oceania, CSIRO board member Peter Riddles and Jenianne Hall, Program Innovation director of the NSW Department of Primary Industries, among others.”

He said that the objectives of the agriculture forum are to identify specific opportunities that exist in Australia, and also discuss what is occurring globally.

“I’ve found that we tend to focus on what’s happening here [in Australia], but we’re less aware of the advancements and developments occurring elsewhere,” he explained.

“Above all, however, my objective is to foster cooperation between the big companies like Bosch, Cisco and Intel, and the smaller local companies that are trying to come up with products and services in this space.”

He said that representatives from large enterprises such as Commonwealth Bank, Telstra and IAG will be in attendance, of which he hopes the start-ups in attendance will take full advantage.

Bienstock is well qualified to represent the start-up scene, having worked in Intel’s Israel Incubator program in the mid to late 90s, before taking up a position as a strategic investment manager for Intel Capital, the chipmaker’s global investment and mergers and acquisitions organisation.

More recently, he was the director of global growth for ATP Innovations in Sydney, and has invested in numerous companies such as ingogo, Instaclustr and Propeller Aerobotics.

He is currently a managing partner of Propeller Venture Capital, which provides a Silicon Valley model of venture capital fund management for businesses in Israel, the US and Australia.

To the Summit and beyond

Bienstock has already started preparing for future events, including the Everything IoT Summit 2016, to be held on the 17th of October at Australian Technology Park, Sydney.

This year’s Summit will have five panel discussions on different verticals - healthcare and fitness, fintech and insurance, smart cities and transport, agriculture technology, and energy, resources and the environment.

Keynote speakers will also discuss broader topics, such as hype and investment trends, industrial IoT, and social, moral and ethical implications of IoT.

Despite the breadth of knowledge and expertise that will be on stage, Bienstock said that the focus of the Summit will still be on the start-ups.

“We’ll be hosting 20 start-ups that will be presenting their ideas at the Summit to an expected audience of over 500 people,” he said.

He will also be hosting an ‘Everything IoT Funding Cup’, at the end of October, which he hopes will encourage start-ups to bring innovative ideas for products and services forward for the chance to win funding.

“Start-ups need three things. First, the connections with big business; second is assistance with the innovation itself; and third is the money, the fuel without which they can’t do anything.”