How Intel is approaching IoT standards

Aims to break down silos and encourage collaboration. 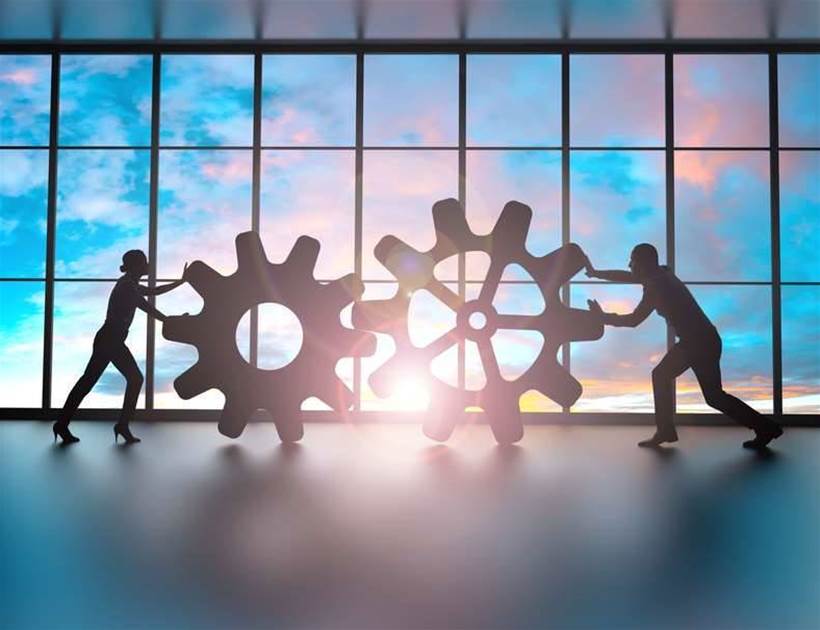 Intel has chosen a multi-consortium approach to help solve the challenge of creating open, interoperable standards for the Internet of Things.

The chipmaker is a member of the Open Connectivity Foundation (OCF) and the Industrial Internet Consortium (IIC).

Both of these groups boast multiple technology vendors in its ranks, and both promote interconnectivity and collaboration through the development of open-source frameworks for devices and platforms.

Intel Australia’s enterprise solution architect, Peter Kerney, has seen too many companies attempting to forge their own path for market penetration in particular industries, to the detriment to this collaborative ideal.

“What we see a lot of people doing at the moment is building these completely vertically integrated IoT solutions,” Kerney told IoT Hub.

“So they’ll build sensors on whatever device or thing they have, send it up through some cloud service into a cloud backend, and everything gets stuck, where nothing talks to each other.”

Kerney said that Intel’s membership to the OCF and IIC aims to bring down the barriers to IoT adoption and address the interoperability pain points of IoT implementation.

Intel is also investing heavily in connectivity standards, and in particular, the use of licensed spectrum to enable IoT connectivity, according to Kerney.

“That’s not to say that we don’t do things with the likes of [unlicensed spectrum connectivity providers] Sigfox and LoRa – we’re very much supportive of them,” he added.

He said that Intel’s primary focus at this stage is on the Category-M and Narrowband-IoT protocols, which will form part of the future 5G framework to be used around the world.

IoT and the microcontroller market

Kerney expects the sheer number of IoT-ready microcontrollers required to drive IoT implementations to dominate production volumes for all chipmakers.

“Being able to get people into a secure x86 environment as quickly as possible is what current microcontrollers are all about,” he said.

Kerney said that Intel’s focus is to drive more functionality from these microcontrollers that will reside at the edge of IoT networks.

“We’re very much believers that edge-based analytics is also where IoT needs to go, so pushing a lot of the smarts in these solutions out to the edge,” he said.

“Once you end up working in these mission-critical, closed-loop control systems, you really need the analytics at the edge, where you don’t have to worry about the backhaul connectivity and any data round-trip latencies inherent in cloud connectivity.”

Kerney acknowledged that Intel does not enjoy the market share in the microcontroller market that it does in other parts of its business. However, he believes its capabilities in adding value to its product range will help to improve its market penetration.

“If we can build products on our advanced manufacturing technology that have competitive advantage, such as our pattern-matching engine on the Quark SE microcontrollers, then we hope it gives people a good enough reason to change [vendors],” he said.

“By differentiating our products [from our competitors], it makes us better able to play in that market which is very price-challenged.”