How IoT can create smarter airports 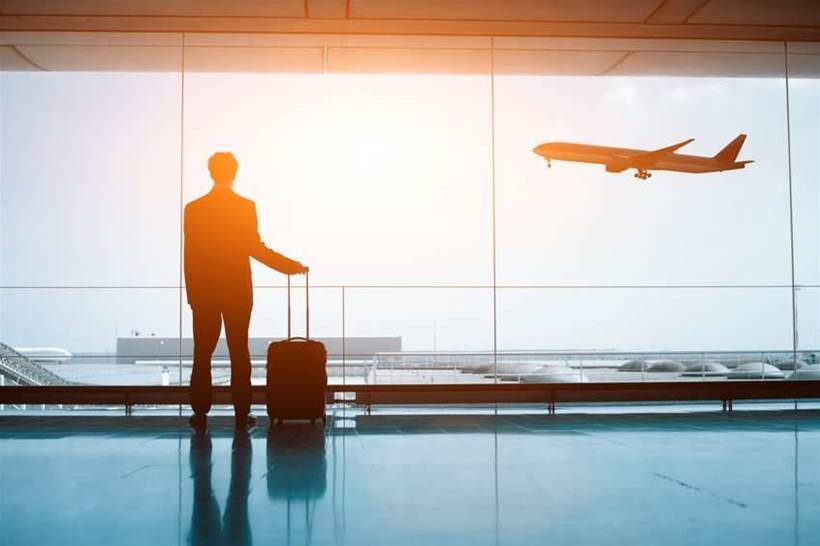 Airports are some of the most time-critical locations in the world, and for an executive at digital solution provider Built.io, the Internet of Things could be the trigger that will bring the efficiencies that travellers have sought for years.

“A smart airport could be considered a combination of a smart city and a smart building,” said Parthiv Patel, technical marketing manager at Built.io.

“While it would be considered a smart building by definition, the scale and infrastructure required for a smart airport is on the scale of a smart city.

Patel said that all of this information must be digested and orchestrated in near real-time for even the smallest airports to function efficiently, with the list of connected systems growing as more sensors are being implemented.

The complexity that smart airports introduces is that it would require information streams from internal, national and international sources before certain actions could be executed, and in turn provide data back to other airports.

This, Patel said, differentiates airports from the relatively closed and self-serving systems found in smart cities and smart buildings.

Patel sees technologies such as Bluetooth beacons, RFID tags and intelligent video processing helping to streamline numerous processes within an airport, and even beyond its walls.

“While self check-in stations and baggage check systems are a step in the right direction, they still require an employee to do the final baggage check process and final check-in for international flights,” he said.

“A fully automated system that allows passengers to check in from home and drop their bag off without waiting for an employee to finish the process would help create a more seamless check-in process.”

Qantas have been using such a system for a number of years for their domestic flights, enabling travellers to check in and drop their baggage off without requiring any intervention from Qantas staff.

Patel also sees navigation within airports as “an easy win with major visibility for passengers.”

“The ability to provide ultra-local directions that are relevant to each passenger would allow airports to move passengers through the terminals more efficiently and provide added value for retailers within the airport,” he said.

Once the Bluetooth beacons to enable navigation throughout an airport are implemented, Patel sees them being used to serve other purposes as well.

“This can be used to automatically provide passengers with updates and estimated transit times from anywhere in the airport.”

One of the most painful ordeals for travellers is the baggage collection at the conclusion of a trip. Patel sees ways in which IoT technologies can help reduce passenger frustration.

“Bags are already tracked throughout an airport with their tags. Adding an RFID tag or beacon would provide the airport and passengers with transparency into their baggage handling, allowing both parties to access live location information, baggage status and estimated wait times.”

An increasing number of countries are implementing RFID tags in their passports to expedite processing, and a number of airports are providing self-serve stations to reduce the load on manned stations and reduce queues, he observes.

Patel sees all stakeholders within an airport as beneficiaries from implementing IoT.

“The obvious benefit for passengers would be a more efficient travel experience,” he said.

“If the process is streamlined and hyper-relevant information is delivered to each passenger, they will be able to navigate the airport and take full advantage of the vast information available to them.”

He also sees airport staff and airlines being able to deliver new value to passengers without inundating them with advertising.

Airport retailers could also serve targeted offers to those passengers who would most likely require their services or products, according to Patel.

“Security would also be improved as each agent would not be required to manually screen every single passenger, and active monitoring systems would provide summarised information that agents could act on in real-time,” he added.

Getting off the ground

So why haven’t more airports adopted these technologies? Patel said that security is the primary factor.

“Adoption of smart technology requires buy-in from all levels, and for a highly controlled environment like an airport, there will be resistance to expose any sort of data without a thorough security evaluation,” he said.

“The cost of adoption is also a hurdle. Airports cannot deploy these systems on a small section or on a terminal-by-terminal basis if they want wide user adoption.

“Wayfinding would be useless unless it is implemented across the entire airport, for example, and this would take time and money.”

For any airports that are looking to implement IoT, Patel suggests investing in hardware systems that are cloud-ready and robust.

“The real value of IoT isn’t the individual sensors; it’s making them work together and predicting the needs of passengers and staff,” he said.

“To truly leverage network of sensors, airports will need to take integration and open data seriously.

“The ability to analyse and iterate on data is key to developing a smart airport with a useful experience.”