Ensuring food quality and minimising the effects of biological threats. 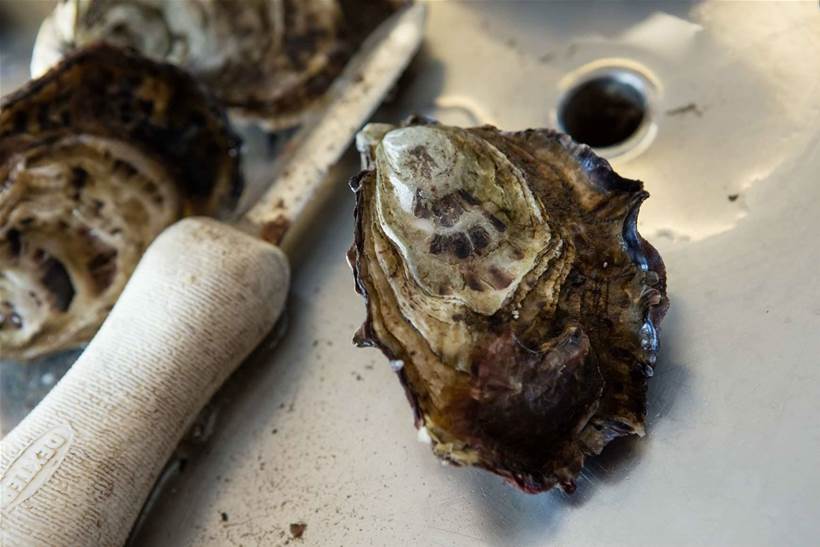 The Barilla Bay oyster farm in Pittwater Bay has joined other farmers along Tasmania’s waterways in using the Internet of Things to measure water temperature and quality to improve the health and quality of their oysters.

For Justin Goc, manager of Barilla Bay Oysters, IoT will become a vital tool for mitigating against the risk of Pacific Oyster Mortality Syndrome (POMS) – the disease which earlier this year wiped out 70 percent of his farm’s stock of oysters.

POMS is caused by a virus that only affects Pacific oysters. While not harmful to humans who ingest infected oysters, the disease has been known to cause 100 percent mortality in the Pacific oyster populations.

“We went from a situation where I was at the top of the tree (in terms of oyster farm stocks in Tasmania) to now at the bottom, unfortunately,” Goc said.

As you’d expect, this had a significant impact on Barilla Bay Oysters’ bottom line, and Goc has had to dramatically increase the number of baby oysters that he purchases from local hatcheries.

It’s believed that POMS is heavily reliant on favourable water temperature conditions to propagate, with warmer temperatures increasing the likelihood of outbreaks. So Goc recognised that understanding what was going in from an environmental perspective was crucial to mitigate similar instances in the future.

This is where The Yield stepped in. The Yield is an Australian start-up that set out to use IoT to provide information and insight about the environmental conditions in which Tasmania’s oyster industry operates.

In conjunction with global companies Bosch, Microsoft and Intel, The Yield developed a sensor platform which it has deployed at 14 strategically selected locations to measure water salinity, temperature, and depth – all characteristics that must be carefully managed to ensure successful oyster farming operations.

“It’s not only about opening and closing, and food safety issues, but also about understanding the problem we have (with POMS) and we manage around it,” Goc explained.

“All of these flow-on effects, such as logistical efficiency, will all tie in over time, and as we learn to work with these new systems that we have, we can adapt them to our farming techniques.”

The opening and closing that Goc spoke about referred to the requirement for Tasmania’s oyster farms to close their operations on the direction of the state authority, the Department of Primary Industries, Parks, Water and Environment.

This department runs the Tasmanian Shellfish Quality Assurance Program (TSQAP), an initiative established in the mid-1980s whose primary concern is to reduce any food safety risks of shellfish consumption.

Traditionally, they’ve performed this task by taking manual samples and measurements in the various waterways in which the oyster farmers operate, together with weather data to predict events that could compromise the quality of the water.

These activities are labour-intensive, and could not meet the increasingly real-time requirements of the farmers.

Ideally, farmers would be provided plenty of advance notice if the department requires for them to cease operations, as the process to do so is also labour- and time-intensive.

With the deployment of these sensor platforms, critical data can be streamed to both the regulatory body and the farmers themselves of current environmental conditions, allowing them to make faster and more informed decisions.

Furthermore, accurate measurements of salinity can help reduce the amount of closures that the oyster farms have to enact, according to The Yield’s founder, Ros Harvey.

“When salinity goes down, it means you’ve got runoff coming into the area due to rain,” she explained.

“Just measuring that one aspect can help to reduce closures by 30 percent, and then, we can also do predictive analytics, so we can predict when salinity is going to drop, so that growers like Justin are not only closed when they have to be, but also gives them time to get their product out of the water before they shut.”

She said that while the initial goal of the hardware was to streamline operations to ensure shellfish quality, the recent POMS outbreak has given the sensor platforms a secondary purpose – managing the risk of the disease itself.

Harvey said that while the sensor platforms are complex and revolutionary in themselves, the primary goal of their deployment is the collection of quality data.

“When you use sensing technology – particularly environmental sensing – you have to manage the risk of sensor drift, and if you don’t manage that, you don’t understand the quality of the provenance of your data and makes data analytics virtually impossible.”

She said that traditional sensors that are normally used to measure salinity levels lose their ability to capture quality data in 10 days, due to the accumulation of organic material on the sensor itself.

The sensor that’s deployed on The Yield’s platform works through a closed system where water is pumped through a cylinder, past the sensor, and out again.

This system ensures that organic material does not accumulate on the sensor itself and maintains its accuracy for longer periods.

The sensor is also used by the United States Environmental Protection Agency to measure water salinity in their waterways as well.

Harvey said that this salinity data is used in conjunction with tide data obtained from five locations along the Tasmanian coast to provide context to the data collected by The Yield’s sensor platform.

“For example, when the tide goes out, you’ve got more fresh water coming in, and the salinity drops.”

With this information, the platform can recognise when there are variations in salinity due to rainfall in catchment areas, which leads to more fresh water moving past the sensors, and then accurately predict its effects on salinity, according to Harvey.

Bringing it all together

Harvey said that the data provided by these sensors is providing a single source of truth to allow farmers and regulators to streamline their operations.

“We’re providing a better quality service to the industry by working from the same source of truth. At the moment, different groups access different weather sites, they ring up the growers and ask them what’s happening onsite, and there’s a lot of back and forth that leads to extra work,” she explained.

“This system gets rid of those problems and reduces a huge amount of workload to regulator staff, and makes the industry as a whole more efficient and effective.”

Harvey pointed out that sensor data is not the only source of information for the platform.

“We have data coming into our cloud not only from our sensors, but from the wider area network such as the Bureau of Meteorology and river flow data, to satisfy the different use cases we’re involved in,” she said.

“We have the use case with our growers to solve harvesting, POMS risk, labour scheduling, food safety provenance that’s served through our enterprise app.

“Then we have the regulator app to provide decision support on farm closures and so on.

“But The Yield is also a partner with the University of Tasmania and a range of other universities through a co-operative research centre project for the oyster industry, where we provide our data and technology as a service to researchers.”

This arrangement with researchers means that they don’t have to collect their own data, and the models that the researchers create for things like POMS can then be fed back into the platform and tested, according to Harvey.

“This results in getting the impacts of research faster, out of the lab and into people’s hands,” she explained.

“What we’ve essentially done is created a little ecosystem in terms of the oyster industry, helping multiple stakeholders achieve their objectives.”