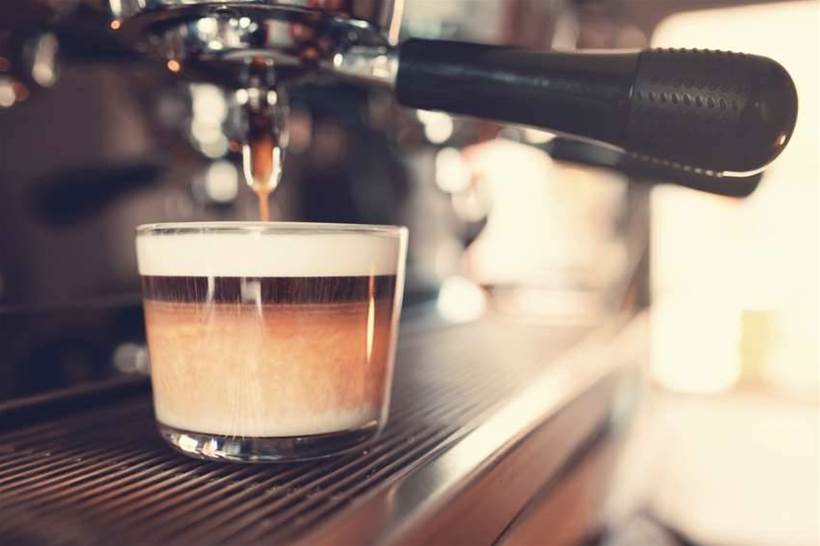 A Sydney café has shown that the benefits of Internet of Things technologies are available to businesses of all sizes.

Located in the heart of the city, Get York Coffee implemented temperature sensors which have allowed the business to save thousands on wasted food and repairs, according to its owner.

Shawn Karakashian runs the small business, and for the last six months has had the sensors installed in his refrigeration units, monitoring their internal temperatures.

These sensors were provided by Australian IoT company CCP Networks, and consist of a gateway that connects to the café’s Wi-Fi network and hosts the web portal, and the sensor units themselves that wirelessly connect to the gateway.

Karakashian told IoT Hub that CCP first approached him about using the sensors just after an incident involving one of his fridges.

“In the days prior to CCP Networks telling me about their technology, we lost refrigeration in one of our units, which ended up costing us a lot of money in terms of repairs and spoilt stock,” he explained.

Karakashian said it was a “no-brainer” to implement these sensors following this incident, and he didn’t have to wait long for the benefits to be realised.

“Two weeks after we put the devices in, I received an email notification during business hours saying that refrigeration in one of the fridges was at 12 degrees Celsius, well above acceptable tolerances,” he said.

This notification allowed Karakashian to quickly transfer his stock out of the faulty fridge and into the working one.

“Had I not had the device, I wouldn’t have been aware what had gone on during the day, and I would’ve lost everything again,” he added.

The early notification allowed Karakashian to pinpoint the fridge’s motor as requiring replacement, allowing him to place a service call prior to complete failure of the unit.

“As far as I was concerned, my investment in the technology had paid for itself after that incident, as I was able to save my stock from perishing and from incurring a full unit replacement instead of a motor replacement.”

This return on investment was doubled as recently as a month ago, when the same refrigeration unit with its new motor started failing again, leading to another callout to a technician.

“What had happened was one little piece of the fridge had cracked, which was the only part they didn’t replace in the previous instance,” he explained.

This time around, Karakashian was able to detect the upward temperature trend much earlier and ensured the technician could complete the repair without any loss of refrigeration.

“If I hadn’t picked up on the rising temperatures due to the faulty motors when I did, I could have lost five to six thousand dollars in stock,” Karakashian said.

Karakashian said the company that performed the fridge repairs has expressed interest in the devices.

“I spoke to the fridge guys, and they’re really keen on the technology – they’d never seen anything like it,” he said.

“If you’ve got a trusted refrigeration mechanic, and you’re not here on a weekend, for example, I could give them a set of keys to the shop and they could come in and proactively make repairs based on the notifications they get.”

More importantly, the sensors have allowed Karakashian to maintain compliance from a health and safety perspective.

“It’s just not possible to constantly check the temperatures of your fridges, and it’s really easy to forget,” he explained.

“Furthermore, a lot of owners would simply check their fridges by touching it; if it’s cold, it’s good enough, as far as they’re concerned.

“I’m very focused on temperatures and food quality, so if we’ve got the technology to monitor these things, I think it could only revolutionise the hospitality industry.”