How seeing IoT in action leads to new ideas 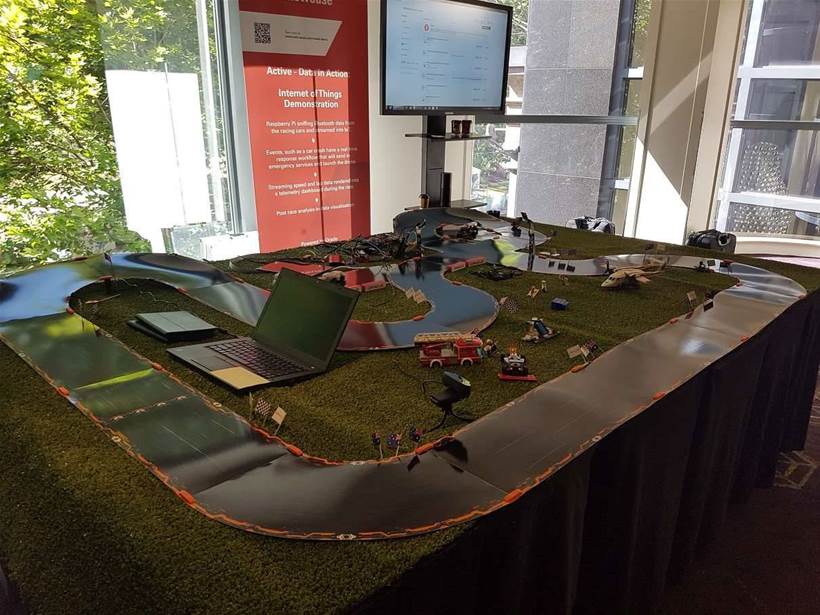 What can IoT do for your organisation? It’s a deceptively complex question, because businesses have widely varying needs. But according to an Oracle executive, the best way to answer that question is to see IoT in action.

Stuart Coggins, sales consulting director for Oracle’s big data and core technology division, said that once IoT technologies are demonstrated, customers often come up with their own ideas on how IoT can be used in their organisations. And for Oracle, that demonstration often involves an off-the-shelf racing car kit originally designed for children.

“Each car is equipped with an infrared sensor which can detect which part of the track the car is on and allows each vehicle to drive itself around the track with no human input,” Coggins told IoT Hub on the sidelines of the Oracle Cloud Day in Sydney recently.

“What we found was that there was a heap of data that was being generated by these cars, which allows us to know where on the track each vehicle is, which lane it’s in, whether it’s turning right or left, how fast it’s going, and what the vehicles’ lap times are when it crosses the start/finish line.

“So using a Raspberry Pi with Bluetooth sniffers that connect to each car, we collect the data from each vehicle and send it to our IoT cloud which contains a stream analyser which is able to look for patterns in the data.”

Coggins said that this setup is a basic representation of an autonomous vehicle ecosystem and allows his team to demonstrate Oracle’s capabilities with processing data in real-time, supplying data to live dashboards, and creating exception events when the vehicle comes off the track, for example.

While showing off Oracle’s IoT capabilities using a kid’s playset helps to attract interest amongst conference attendees, Coggins has observed that seeing even a simplistic implementation of IoT technologies in action has allowed people to start thinking about how certain components could be used in their own organisations.

“Our setup helps people understand that collecting data is useless if you’re not doing something with it,” Coggins explained.

“We’ve been able to take people on a small journey and they often ask us if they could use certain parts of our demo to do certain things.”

Coggins recounted the story of presenting the same demonstration at a health expo, and one of the attendees asked the question if similar infrared sensor technology could be used to enable self-navigating trolleys around a hospital.

“When you talk about IoT and sensors, making use of them, and making sense of it all, that’s what we try and help people discover for themselves,” he added.

“The telemetry we get from our cars is not dissimilar from telemetry you get from regular vehicles or other assets, and we’re finding that our demo resonates a lot with people within the asset maintenance sector as well.

“We haven’t hacked the racing kit in any way, we’re simply demonstrating that IoT gives you the ability to access the data that’s already there and make better use of it.”