Using Watson AI to 'speak' to lights, audio and other smart devices. 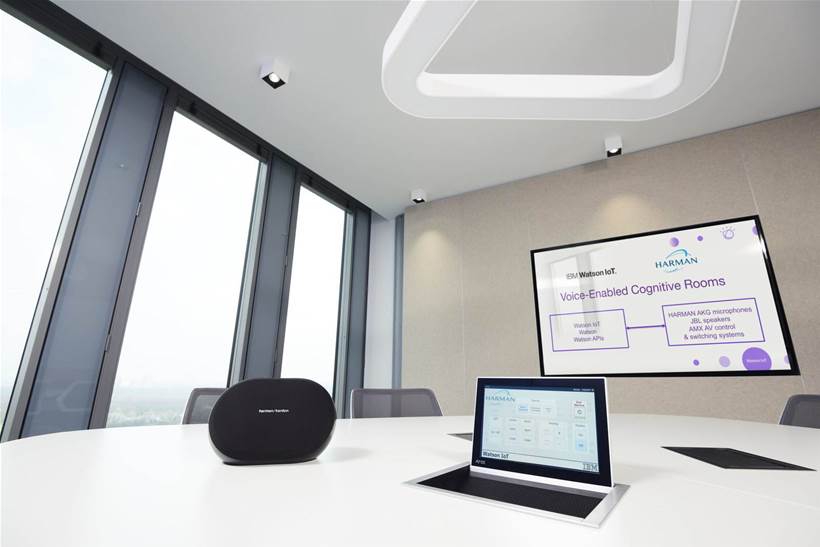 It is hoped that it will bring highly connected experiences to workplaces such as medical facilities, corporate offices, hotels, cruise ships and other hospitality environments.

The technology was unveiled at IBM’s global Watson headquarters in Munich, where Harman is participating in the tech giant’s ‘cognitive collaboratories’.

Harman demonstrated the technology in a conference room setting at the headquarters, where it is also working with IBM designers and researchers to bring these and other IoT technologies to market.

The new cognitive room platform now allows people to control in-room subsystems such as videoconferencing equipment or lighting, sending commands to the Watson cloud and IoT services, which then interface with Harman’s technology.

The two companies hope that over time, repeated tasks will be executed automatically based on what the system has learned about the employee’s requests in previous meetings.

Harriet Green, general manager of Watson IoT customer engagement and education at IBM added: “The result of this collaboration is simple, we are leveraging Watson and AI to bring connected environments to a multitude of locations, from hotels to hospitals and offices where they are transforming every day experiences.”

One site that has been trialling the platform is Thomas Jefferson University Hospital in Philadelphia, Pennsylvania.

Patients at the hospital can interact with in-room speakers connected to the Watson IoT platform, allowing them to operate lights and window blinds without manual assistance, and also ask questions about the hospital facilities or request background information on their physicians.

Neil Gomes, VP for technology innovation and consumer experience at Thomas Jefferson University and Jefferson Health said: “Thanks to our president and CEO, DR. Stephen Klasko, we are able to invest in new innovations like the Watson IoT-powered speakers to give our patients the ability to interact in natural language to get basic, but important, information about their hospital visit without having to buzz for a nurse.”