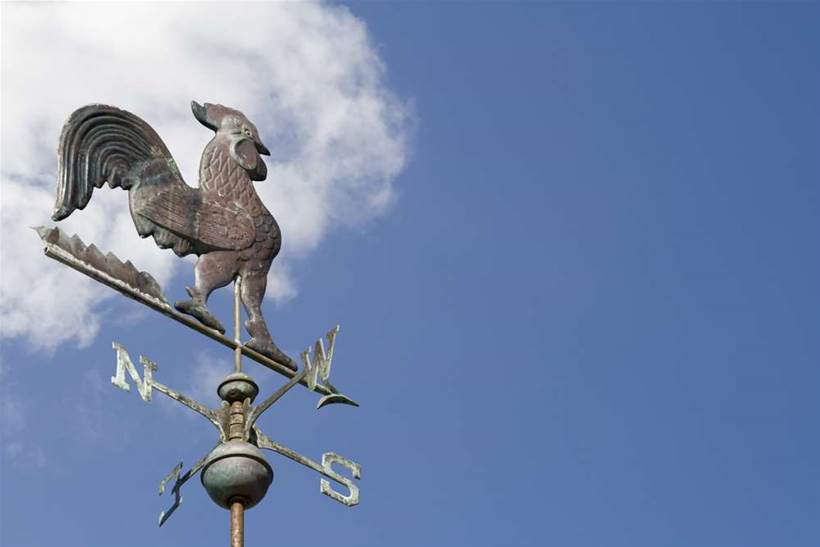 Weather prediction is undergoing a data-driven transformation, and the Internet of Things and cognitive computing are major contributors.

Speaking at the launch of IBM’s new Watson headquarters in Munich, The Weather Company’s CEO David Kenny said his company "ingests about 5GB of data per second, or one and a half petabytes of data per year, to understand the weather."

“We are data hoarders, and we continue to find as much data as we can around the atmosphere and the oceans that feed it in order to better predict what it’s going to do next," he said.

Kenny said that data sources are many and varied, ranging from satellites in space, airlines providing wind speed and oscillation data, drones and weather balloons, smartphones providing barometric pressure data, and even buildings.

“As we continue to pull from all these data sets, we find new places to bring data in and also new places to send data out, which helps better predict the atmosphere and make better decisions, both for businesses and individuals,” he said

Kenny noted that one of his company’s accomplishments over the past few years is its ability to reduce in-flight turbulence for commercial aircraft by half.

“We are able to give pilots more advanced real-time notice of an event so they can avoid it, rather than making a flight level recommendation once the pilot is in the turbulence,” he said.

“We’ve also reduced fuel costs by being able to predict the best routes, reducing the time of flying by 45 minutes or so on many flights due to our better understanding of the atmosphere.”

Kenny said that the insurance industry has also benefitted from the firm's weather prediction accuracy.Hail forecast notifications, for example, could be sent to policy holders to move their cars undercover.

“We’re also helping to manage risk, understand what’s going on in different locations, understand if a claim is accurate or not, or whether the weather really was the way it was reported,” he added.

The Weather Company has also assisted retailers by allowing them to correlate product sales patterns with prevailing or predicted weather conditions.

“There has been all sorts of planning that can be done for the store to figure out what product to put on sale at certain times, for the advertiser to know when to promote certain products and to know when to put things at the end of the aisles,” he said.

Kenny’s primary focus has been on safety, and he spoke about two wins that have been brought about from the use of IoT and cognitive computing.

“One win is the ability to better utilise resources when responding to a storm by being more precise, because we’ve got so much more data and can be more precise about its path,” he said.

He said that this accuracy has helped humanitarian organisations like the Red Cross become more efficient in efficiently allocating their resources to manage the effects of these storms on the residents.

Kenny said that his second win centred around 2015 having the lowest fatality rate for tornadoes.

Traditional alert methods would issue a ‘Watch’ notice when conditions were likely for a tornado, and a ‘Warning’ notice when one was actually spotted.

“The problem with waiting until you’ve actually seen it is you probably don’t have time to avoid it,” he said.

“Using cognitive modelling, we got so confident in the models that we changed the rules, so we now issue a ‘Warn on Forecast’, even if we haven’t seen the tornado.

Kenny said that this has provided residents with an extra 30 to 40 minutes of preparation time, on average.

Kenny is hopeful that IoT and cognitive computing not only continues to improve forecasting, but also provides an understanding on how people respond to these forecasts.

“In a lot of cases, people don’t know how to respond, and when we work with governments, we’re finding they don’t always know how to communicate in a way such that their citizens know what to do,” he explained.

Kenny believes IoT is closely connected to the ‘Internet of People’.

‘The more we can get to individual decisions for every person, pilot, store manager, brand manager, insurance underwriter, Red Cross volunteer, or government forecaster, the better off we’ll be,” he said.

“I would say in every single application, data received and data sent can help – with cognitive computing – the interactions between humans and computers in ways that help everybody lead safer, more productive, more effective and more rewarding lives.”