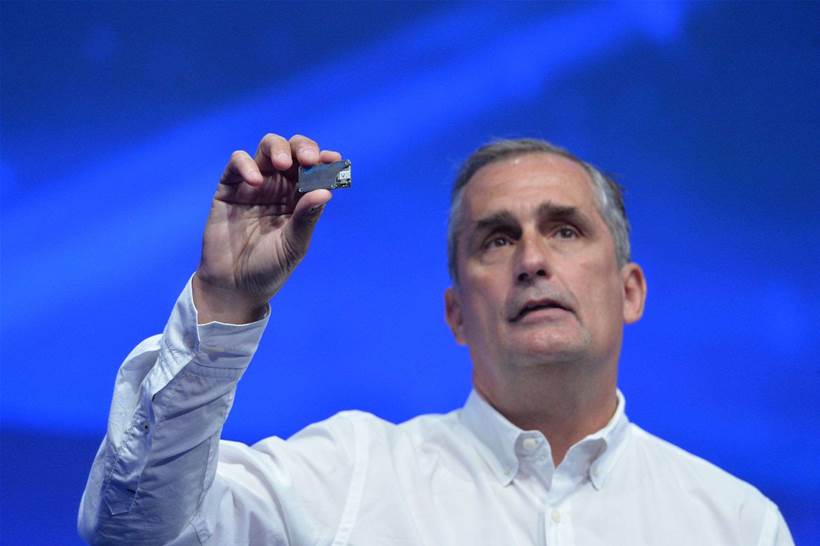 Intel unveiled its newest compute module, designed to work with the company’s RealSense depth-sensing cameras. Dubbed ‘Joule’, the board is targeted at IoT developers and businesses.

Joule is a high-performance system-on-module (SoM) that can be used for robotics, drones, industrial IoT, virtual reality, augment reality, micro-servers and other applications that require high-end edge computing.

Joule comprises a 64-bit, 1.7GHz quad-core Atom T5700 processor, capable of burst up to 2.4GHz. It also has 4GB LPDDR4 RAM and 16GB eMMC memory onboard, along with 802.11ac Wi-Fi with MIMO and Bluetooth 4.1. Connectivity is enabled via USB 3.0, MPI, CSI and DSI interfaces, and multiple GPIO, I2C and UART interfaces.

Krzanich was speaking at the Intel Developer Forum in San Francisco, from where IoT Hub is reporting over the next few days.

“Whether you’re innovating in robotics, machine vision, intelligent gateways, almost any application can be done faster with Joule,” he said.

The board will be available in two models, the 570x and the 550x, and will begin shipping in September this year through Intel reseller partners.

Already out in the wild

A number of companies have already started building solutions with the new module.

PivotHead has created industrial safety glasses equipped with augmented reality capabilities to be used by its customer Airbus.

Microsoft has also created Bamboo, a robotic companion panda that helps parents of diabetic children to remind them to check their blood sugar levels on a regular basis. Bamboo connects to Microsoft Azure and Cognitive Sciences, which enables sentiment analysis and translation.

Equipped with a RealSense camera, it is also capable of moving around building an understanding of its environment.

Peter Gutierrez travelled to the Intel Developer Forum as a guest of Intel.