Aims to reduce aircraft downtime from hours to minutes. 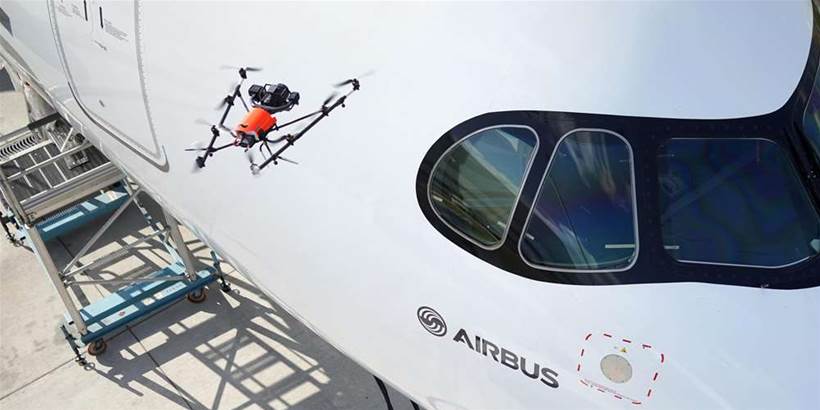 A team from Intel and Airbus has demonstrated a visual inspection of a passenger aircraft with a sensor-laden drone.

The UAV's flight control system was managed by a human pilot and it flew a predetermined flight path around the Airbus aircraft, systematically take a series of pictures in the process.

In a real-world scenario, these pictures would then be compiled into a 3D digital model, recorded in a database and analysed. This data would help to improve damage traceability, and also prevent and reduce damage in the future.

According to Intel, the use of drones equipped with RealSense technology would reduce an aircraft’s inspection downtime from two hours to less than 15 minutes.

A full-scale industrial test is currently underway on Airbus A330 aircraft, with further development planned on the aircraft manufacturer’s other planes.

Intel’s vice president of its new technology group Anil Nanduri said: “We believe this prototype showcasing the Intel RealSense collision avoidance technology on the AscTec Falcon 8 will further enable our products and our industry, as well as others.”