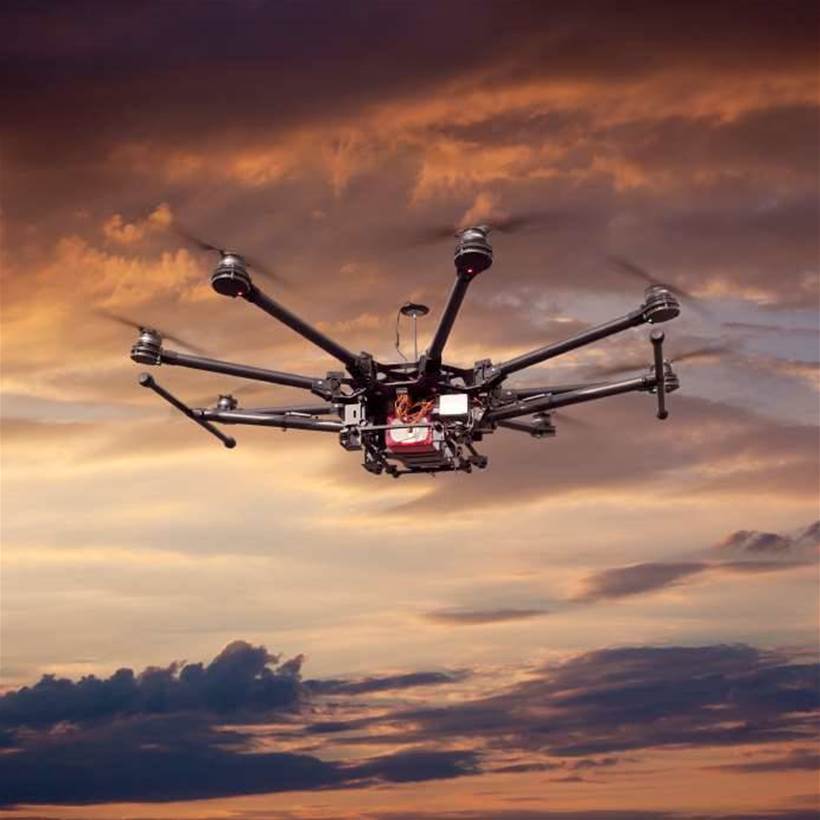 An Australian company has taken to the air to provide data collection services, giving its clients unique perspectives and insights into their operations.

Measure Australia - which touts itself as a ‘drone as a service’ company - uses unmanned aerial vehicles (UAVs) mounted with specialised equipment to provide imaging and sensor-driven data to its clients.

The company provides the UAVs, the payloads of equipment required to perform the data collection and the pilots, and clients simply pay for the data they need, when they need it.

IoT Hub sat down with chief technology officer Aonghus Stevens to talk about the company’s aerial approach to the IoT.

“Measure Australia focuses on the industrial applications of drones; there are lots of hard ground (land-based) drones and small operators, but for us, we’re targeting the nationally significant companies,” he said.

Stevens said the company’s increased awareness of the IoT stemmed from the agriculture industry, where real-time monitoring of properties is increasing in importance.

Fruit flies present a big problem for the region’s orchard growers, breeding in warmer areas during the winter and hatching in the summer.

Stevens said that providing heat maps for orchard farmers will provide them with potential locations to target with insecticide spray.

“Creating an aerial heat map of an orchard and continuously getting an idea of where the fruit fly larvae are, then sending out unmanned tractors or robotic spray units to target those warmer areas is preferred to performing a broad spray, because it’s quite expensive to do so and the pesticide itself is quite toxic to the plants,” he explained.

The right tools for the job

Stevens said that the company uses a mix of consumer-grade and industrial drones, and that each type has its uses for various industries.

“For things like real estate, consumer drones like DJI’s products which have 4K cameras on them are great, and they’re also good for video-recording applications,” he said.

“However, when you have a need for larger pictures such as in property development, where a 60-megapixel camera is needed, you obviously can’t tether that to a consumer system.”

Stevens said that each client has different requirements, which means that different UAV systems are configured and deployed differently for each of them.

The company’s national footprint and supplier base affords it this flexibility compared to smaller operators who may only possess a few drones.

This flexibility also allows the company to work backwards with its clients, determining mission requirements before configuring its UAVs to suit, as opposed to being restricted to operating in certain scenarios.

“We go to the client, determine what sensors they need, figure out a platform that can fit that sensor, determine the type of flight that needs to be done, find a suitable pilot, then perform the flight,” he said.

“We were employed to count CSG wellheads, and we used a multispectral camera to ensure there were no gas leakages on the wellheads themselves,” he said.

The company also provides a cloud-based data backend, where customers can access the data collected from the flights.

At the moment, the company can only transmit real-time data to the line-of-sight ground user via 2.4GHz radio or command and control (C2) data links. Iridium satellite data links are used for operators beyond visual range, but have a two second delay, which prevents them from being used for true real-time connectivity.

However, Stevens said the company is currently developing methods for real-time data delivery to its clients directly.

“Agriculture is an area where we’re close to implementing real-time data capture, and we’re also working on providing real-time video as well,” he added.

He said that the lack of a real-time data offering to customers was not due to any technical limitations with the hardware that the company uses, but rather an absence of requirement among the customer base for live data.

However, he foresees future use cases where real-time data delivery will become critical, and expects requests for real-time data to increase over time.

“In a public safety situation such as beach patrol, there are applications that require real-time, or in agricultural scenarios for the dynamic monitoring of pests,” he said.