Keeping track of koalas with IoT 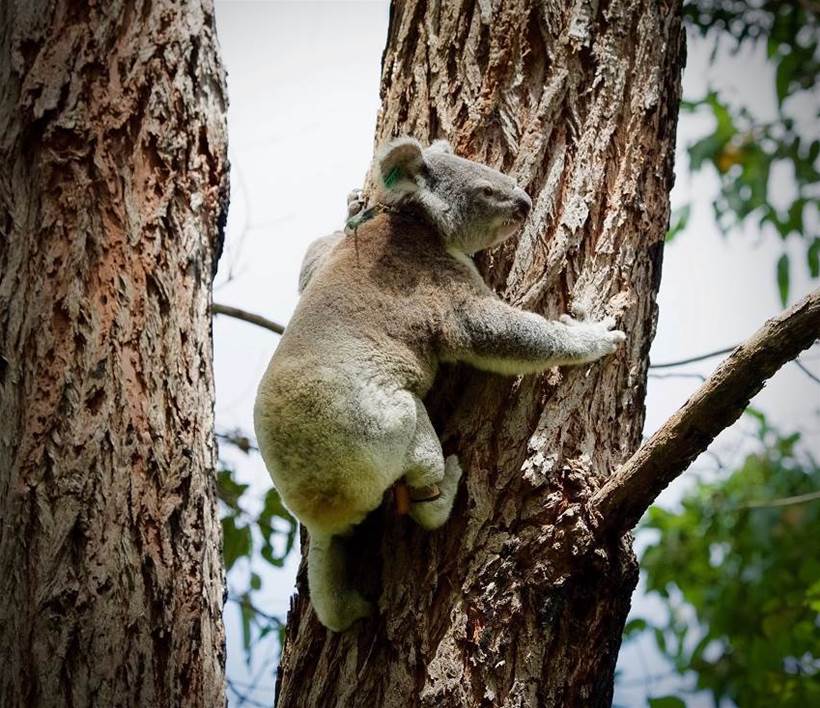 Australia’s koala populations are under increasing pressure as their habitat continues to diminish, but one group is determined to ensure their survival using IoT technology.

Endeavour Veterinary Ecology (EVE) has been monitoring koala populations in its home state of Queensland, and has long relied on technology to monitor them.

While there have been multiple animal tracking systems developed over the years, none of them was perfectly suitable for tracking koalas, due to the risks to koalas from using wide collars with bulky electronics.

Managing director Dr Jon Hanger turned to Sydney-based electronics company LX Group to devise a solution that would not only perform the tracking of koalas reliably, but also be built to a form factor that would be suitable and safe for koalas to wear.

Thus the K-Tracker Koala Telemetry System was born. Built into a form factor that was far less intrusive to koalas’ movement and sleeping habits, the collar achieves the difficult goal of being small and light while possessing long battery life, thanks to an integrated solar trickle charge system built into the collars themselves.

When married with solar-powered base stations scattered throughout a given study area that connect to the collars via high-penetration RF network technology, EVE was able to achieve adequate coverage and ensure accurate tracking across rugged terrain and through dense forest canopies.

These base stations report back to cloud-based platforms via 3G, essentially eliminating the need to collect data directly from the collars themselves and reducing the disruption to the koalas’ day-to-day activities.

The data collected is also near-real-time, allowing for live updates on the state of individual koalas to be collected.

One important safety aspect that the K-Tracker needed to address was the risk of hang-ups and entanglement that other collar trackers tend to introduce.

The novel use of clothesline cord allowed for the creation of a low-profile collar that was easy to apply and adjust for differing koala sizes.

Furthermore, a ‘break-point’ was integrated into the collar, such that should the animal get snagged on a branch, the collar would come apart, ensuring the koalas weren't injured or killed.

The proof of this design is demonstrated in the fact that there have been no significant injuries or death of koalas caused by the K-Trackers since their implementation - an unprecedented result for koala telemetry collars.

Researchers were able to analyse the data collected through a hosted web application, where telemetry and koala activity data was aggregated and overlaid on a Google Earth interface.

The K-Tracker was most recently used during the development of the Redcliffe Peninsula Line, a rail corridor that passes through areas of koala habitats between Petrie and Kippa-Ring in Queensland.

During construction of this rail line, the K-Tracker was used to minimise the risk of death or injury to koalas, to provide scientific data to inform and support mitigation works, and to offset some of the residual impacts of the rail project on the koala population through an holistic package of measures.

These measures included disease treatment and control, the support of koala scientific research, and the support of the first field trial of vaccines for koala-borne chlamydia, another threat to populations.

The K-Tracker system was also instrumental in the Koala Translocation program, in which 28 koalas severely impacted by urban development were safely relocated to one of two sites.

Such was the success of the K-Tracker system during the Redcliffe project that it has been recommended that the technology be deployed for any future works that could impact koala populations.

This project won the Education & Research category of the Australian IoT Awards 2017. View the other winners here.