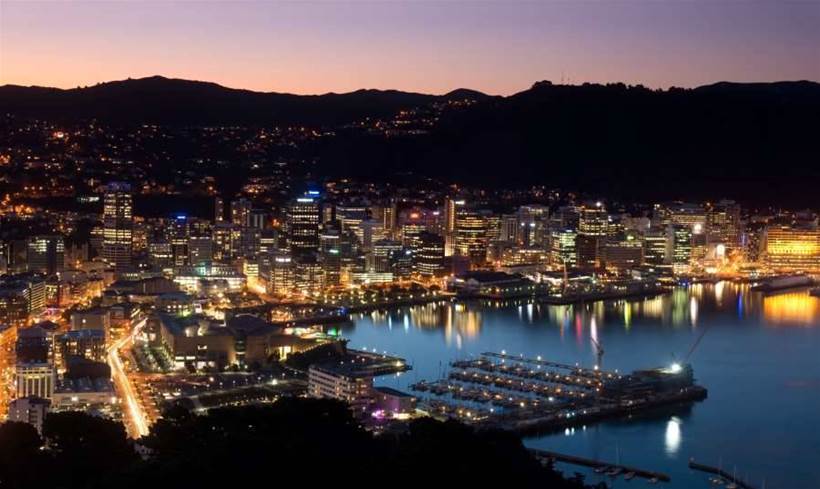 New Zealand-based start-up KotahiNet is hoping to encourage the local use of IoT with the launch of their commercial wireless network in Wellington.

Using technologies based on the open LoRaWAN specification, KotahiNet is providing governments and private enterprise the opportunity to reap the benefits that the Internet of Things provides.

KotahiNet has implemented antenna-equipped gateways which use the unused 865-867 MHz frequency bands to provide low-power, long-range communications between smart objects.

The company promises connectivity ranges up to 3km in urban areas, and 20-30km in rural areas (with line-of-sight).

KotahiNet is also offering data-as-a-service (DaaS), whereby customers are supplied with compatible sensors pre-configured to work with its LoRaWAN network.

“We perceived a gap in the market for low-power, long-range connectivity, and that’s where our LoRaWAN network fits in very nicely,” KotahiNet’s co-founder Vikram Kumar told IoT Hub.

“We preferred LoRaWAN because it’s an open specification model used around the world, and it allows New Zealanders to benefit from the global scale and supply of purchasing equipment, sensors, or smart objects.”

Kumar said KotahiNet’s IoT network closely resembled that of the European Union’s deployment of LoRaWAN (which uses the 868 MHz frequency), thus allowing equipment compatibility from that market with little, if any, modification.

However, he said that given the relative youth of the LoRaWAN hardware marketplace, device testing was a priority.

“We had to test the gateways under local conditions before we settled on the best one,” he explained.

“There are high-priced as well as low-priced gateways, and our testing found that the low-priced models really provide good value in terms of performance to price [ratio]."

Given that mean temperatures in New Zealand throughout the year range between 10 degrees and 16 degrees Celsius, it's not surprising that rigorous testing was required to ensure that the hardware that supports and connects to the network could withstand such conditions.

Kumar cited a number of reasons for choosing Wellington as the first location to deploy the network.

“First of all, we ourselves are based here, so it makes things much easier,” he said.

“Secondly, Wellington city prides itself on being a smart city and having an agenda for smart innovation, so [the deployment] aligns quite well with what the local government is doing.

“Thirdly, Wellington as a city includes a wider region containing rural areas, and allows us to really test the network in what we think would be New Zealand-wide conditions.”

Kumar said that KotahiNet is currently in discussions with multiple organisations to expand the network to other parts of the country.

One company that is already set to benefit is EcoNode, a remote sensing company specialising in wildlife conservation.

EcoNode’s TrapMinder system is looking to KotahiNet to expand the pest control system beyond Glenfern Sanctuary on Great Barrier Island.

“Dependable connectivity for a very large number of devices in remote areas is our primary consideration which is why we got in contact with KotahiNet,” EcoNode director and Glenfern Sanctuary manager Scott Sambell said in a statement.

“We want to expand across New Zealand and will work with KotahiNet to do so.”

More than just a comms network

Kumar said that KotahiNet’s DaaS offering is a key component to the success of its operations.

“We take on the responsibility of getting the sensors integrated into our network, and that allows software developers to get data from physical objects, and then only have to worry about data and software, not the hardware,” he said.

“The basic crux is that more people can just focus on software, and the worry of sensor and network integration goes away for them,” he said.

Kumar believes that New Zealand has an opportunity to make full use of IoT to deliver business benefits, increase cost savings, and improve operational efficiencies, and is hopeful KotahiNet’s network can encourage its adoption.

“We’re a large country with a low population, and so far, the internet hasn’t really transformed or provided an innovation platform for physical objects,” he said.

“The primary industries, including agriculture, forestry and fisheries, are areas largely untouched, and the Internet of Things promises to be able to transform them.

"I think it’s a huge economic opportunity for New Zealand."