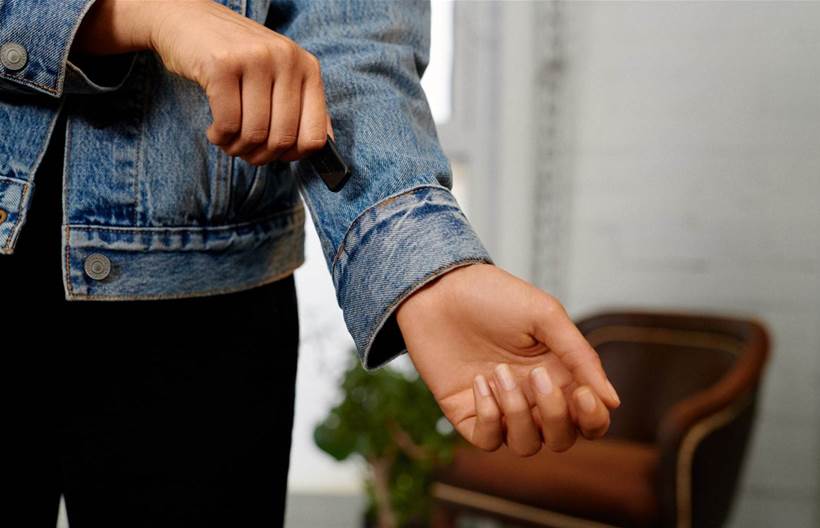 The famous-for-jeans company has used Google’s “Jacquard” threads, which weave conductive metal alloys into other fibres to make interactions with electronic devices possible.

In the case of the Levi’s Trucker Jacket launched yesterday, the result is a denim jacket with a sleeve that, when swiped, can control a smartphone. And which can survive being washed, too!

The jacket relies on a “Jacquard Tag”, a small device that plugs into a socket hidden in a cuff. The tag pairs with a device over Bluetooth, talks to the Jacquard app and allows the wearer to control their phones without ever needing to pick it up.

The jacket is therefore billed as ideal for cyclists, as it means control without distraction. It can also do tricks like detect if a wearer drops their phone, and buzz to remind them to retrieve it.

Jacquard’s been around for a couple of years and so has the jacket. Neither have set the world on fire and Google’s list of collaborators that have produced products is not long.