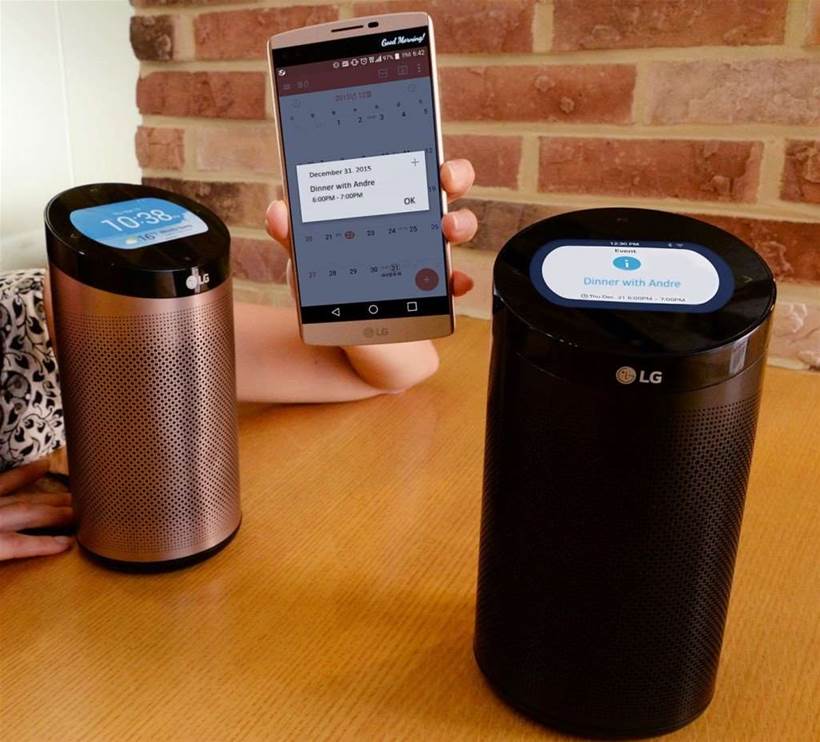 The SmartThinQ Hub “serves as a gateway to smart sensors and connected appliances in the home, but is more than that”, LG said, adding it could also stream music and display diary reminders.

“The SmartThinQ Hub plays a central role in LG’s smart home platform by collecting information from smart appliances as well as conventional devices connected to SmartThinQ sensors via wi-fi, Zigbee and Bluetooth,” LG said in a statement.

“Data is displayed in the form of notifications on the LCD screen or announced through its embedded speaker, acting as the central ‘hub’ of the smart home.”

The hub can also be used to manage third party devices that use the AllJoyn Alliance open source framework, LG added.