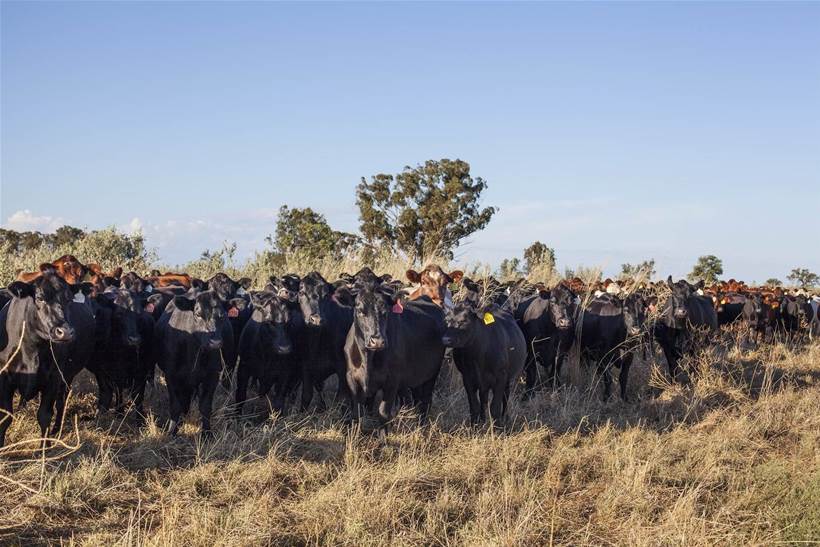 Maia Technology has launched a smart platform that promises to help livestock farmers overcome the obstacles caused by Australia's variable environmental conditions and obtain current and future insights into their operations.

Dubbed ‘MaiaGrazing’, the platform will be showcased at the company’s upcoming event Australian Ag Tech in 2017 – Precision to Decision for Grazing at the University of New England’s SMART (Sustainable Manageable Accessible Rural Technologies) Farm learning hub in the regional city of Armidale, NSW.

According to the company, MaiaGrazing gives graziers “a position statement on their farm’s current situation and its productivity outlook, to support decisions about how stock and pasture are managed for the coming days, weeks and months.”

Using data from various sources such as rainfall, animal and pasture growth models, and the farm’s own management patterns, the platform is able to provide a picture of future capability.

Given the high levels of variability of conditions that farmers have to face – from flash floods to droughts – such a tool could help better manage expectations of profitability and success given predicted weather conditions and changes.

Maia Technology has been developing the cloud-based software since the company’s inception in 2014, and has been extensively stress-tested by selected expert graziers across Australia in the last 18 months.

CEO Peter Richardson said livestock profitability is predicated on carrying the right amount of stock at any given time based on current and future pasture conditions.

“That’s the core function of MaiaGrazing – to ensure the manager has the knowledge to recalibrate how many mouths they have according to the feed they have ahead of them, and the market they are targeting,” he said in a statement.

“It puts [graziers] in the best position to consistently and reliably produce stock in the best condition, into the best market environment.

“And when conditions go pear-shaped, which is often in Australia, MaiaGrazing allows the manager to navigate through those tough seasons without the stress [and] takes the emotion out of hard decisions, particularly selling stock.”

MaiaGrazing not only takes in current data about climate, pasture growth and individual property grazing habits, but historical information as well to build its models.

“We’ve had customers that have input data that goes back a hundred years,” Richardson told IoT Hub.

“They’ve got records of property rainfall on bits of paper that goes back long periods of time, and they enter it all into the system and it can more accurately apply all of its various algorithms to understand how that property responds to different conditions.”

Using its custom-built analytics engine, it can deliver dynamically updated forecasts, and analyses how the property converts rainfall into feed growth, and then into liveweight gains for its livestock.

Furthermore, the use of individual farm data means precise forecasts can be made at the property level, rather than a regional level.

Richardson said that hosting the software in the cloud presented a potential problem for graziers who have been lumbered with inconsistent internet connectivity.

However, the included mobile app is able to receive data while the device is offline, and then upload them to the cloud platform once internet connectivity is available.

“There’s no practical limit to the amount of data that farmers can input into the app before requiring upload – they could go for months if they wanted,” he added.

“Having said that, the more frequently you’re synchronising data, the better the decisions you can make.”

Despite its number-crunching capabilities, Richardson emphasised that tool’s primary purpose is to facilitate educated decision-making, and not just an advanced logbook.

Wilmot Cattle Company is a livestock management company based in the town of Hernani, approximately an hour’s drive away from Armidale’s town centre.

The company owns approximately 1850 hectares spread over three properties, and manages anywhere from 1500 to 5000 head of cattle at any one time.

Wilmot has been using MaiaGrazing over the last several months, and according to manager Stuart Austin, the software has helped the company towards its goals around regenerative agriculture, which ensures that grazed land is given an opportunity to recover following exposure to cattle activity and that the surrounding ecosystem is preserved.

“Our regenerative management system involves rotational grazing as one of its primary functions, which brings large amounts of cattle onto a small area over a short period of time, effectively mimicking the large herds of wild animals that grazed the land hundreds of years ago,” Austin told IoT Hub.

He said that traditionally over the last 20 to 30 years, a handwritten grazing chart would be used to track the activity and movements of the cattle as they traversed the property, recording dates, times and length of stay.

“It was an incredibly valuable tool that has made people a lot of money because of the information that it presents,” he explained.

“Maia has basically made a computer version of that which is even more valuable, because it’s less labour-intensive to maintain, particularly in terms of analysing the information collected, where it can provide near-instant results.

“As with any data management system, the reporting is the most important part of it. It’s all well and good to capture a lot of data, but if you don’t actually use it – or there’s no way to get a useful report out of it – it’s useless.”

MaiaGrazing as a learning tool

MaiaGrazing is not just proving itself useful for cattle growers, but educational institutions as well.

The University of New England’s SMART Farm learning hub is already using MaiaGrazing as part of the course curriculum for a variety of degrees.

According to UNE SMART Farm project manager and research fellow Dr Amy Cosby, the primary reason for the platform’s use is to expose students to the latest in grazing technology.

“Through the MaiaGrazing learning module, students will gain a good understanding of how farmers can use this technology to forecast future scenarios on their farm to plan and manage their stock rates to maximise pasture utilisation,” she said.

“By using commercially available programs such as MaiaGrazing, students can learn using real farm data and apply this knowledge when they enter the agricultural workforce.”

Addressing the agtech gap in grazing

Richardson said that grazing operations have historically not seen the benefits of agtech innovation compared to crop-growing operations.

“Grazing has always been the poor cousin of the agriculture industry, and there are a number of reasons for that,” he explained.

“The first is that it’s relatively less capital-intensive on a year-on-year basis. For example, if you’re cropping, you’ve got big, powerful GPS-controlled tractors, doing variable rate applications of fertiliser, and you’re spending a lot of money every year planting and harvesting crops, so that’s where all the money in technology innovation has been invested.

“Whereas in grazing, it’s traditionally been about grass growing, opening and closing gates, and moving animals around. So it doesn’t have the huge flows of capital through it to drive innovation.”

Richardson added that this dynamic is slowly shifting, as the barriers to entry have dropped, and new technologies are being introduced to allow grazers to start optimising their operations.

“The second reason for the discrepancy is that if you look at a cropping operation, the assets are stationary, but if you’re managing livestock, the assets are mobile, and you might not now where they are,” he said.

“What that means is you’ve got so many more moving parts, such that data management in a livestock sense is a fundamentally difficult problem.

“But again, we’ve got more advanced ways to tackle that problem and deal with the ‘fuzzy data’ that’s inherent in livestock management.

The company has ambitious plans for the software, hoping it can be the basis for a whole ecosystem for other agtech innovators to tap into.

“We recognise the power of the data we are collecting from producers, but rather than assume we have all the answers to their many and varied needs and problems, we want to bring together other agtech providers and products,” he said.

“Together, we can provide a one-stop solution for grazing management, instead of producers buying into lots of different widgets and systems.”

Richardson said that a myriad of data sources can be used, such as satellite or drone imagery, and moisture sensors.

“We’re also looking at taking in information directly from animals, so there’s the potential for IoT-type devices on animals such as collars and ear tags to be sources of data feeds,” he added.

Richardson said that the company has already been in talks with a number of platform partners to build added capability onto the MaiaGrazing platform, and that announcements will be made “in the next month or so.”

Interest in the platform overseas is also strong, with companies in countries such as South Africa and the United States approaching Maia Technology to use its platform.

“Our most recent customers is one of North America’s largest bison ranches, Durham Ranch. They have about 3,000 head of bison running over 50,000 hectares of land,” Richardson said.

“They’ve just adopted MaiaGrazing to manage how they manage all of that land and how they graze those bison on those huge areas.”