Highlight the impacts of air quality. 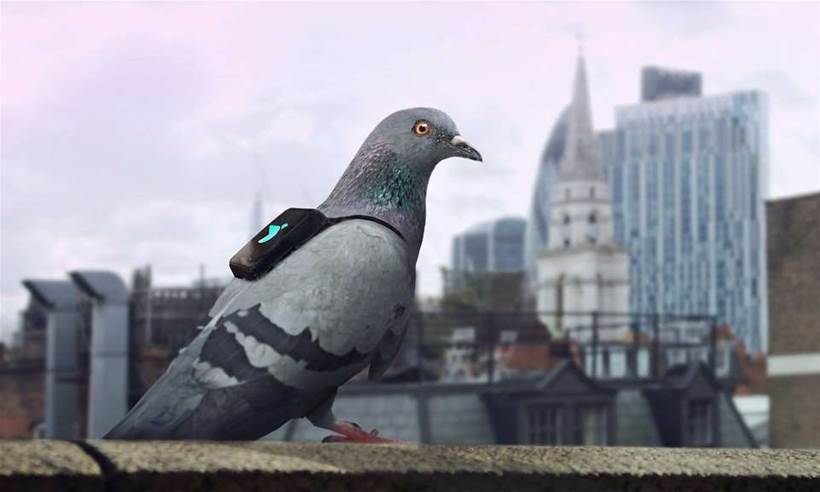 Plume Labs is taking a novel approach to monitoring air pollution levels in the city of London.

The company is employing the services of the city’s pigeon population by strapping sensors to their backs that contain geolocation capabilities and can detect ozone, nitrogen dioxide and volatile compounds levels wherever the birds fly.

Through a partnership with Twitter UK, Londoners are able to obtain on-demand updates of pollution levels in their area via the social messaging platform.

"Putting air sensors on the backs of pigeons goes beyond raising awareness of this problem and helps Londoners understand the impact of pollution in an accessible, tangible and immediate way."

While the Pigeon Air Patrol will only take to the skies for three days, London’s occupants will soon have a chance to participate in the exercise themselves.

A crowdfunding initiative established by the company will send high-pledge backers a wearable sensor to detect pollutant levels.

The wearable will also interface with the Air Report app and warn its owner if he/she is in a high-pollution area.

If Plume Labs raises the necessary funds, these wearable sensors will commence shipping in November this year, providing a larger number of data collection points and augmenting the data collected by the 12 air quality monitoring stations already established in Central London.