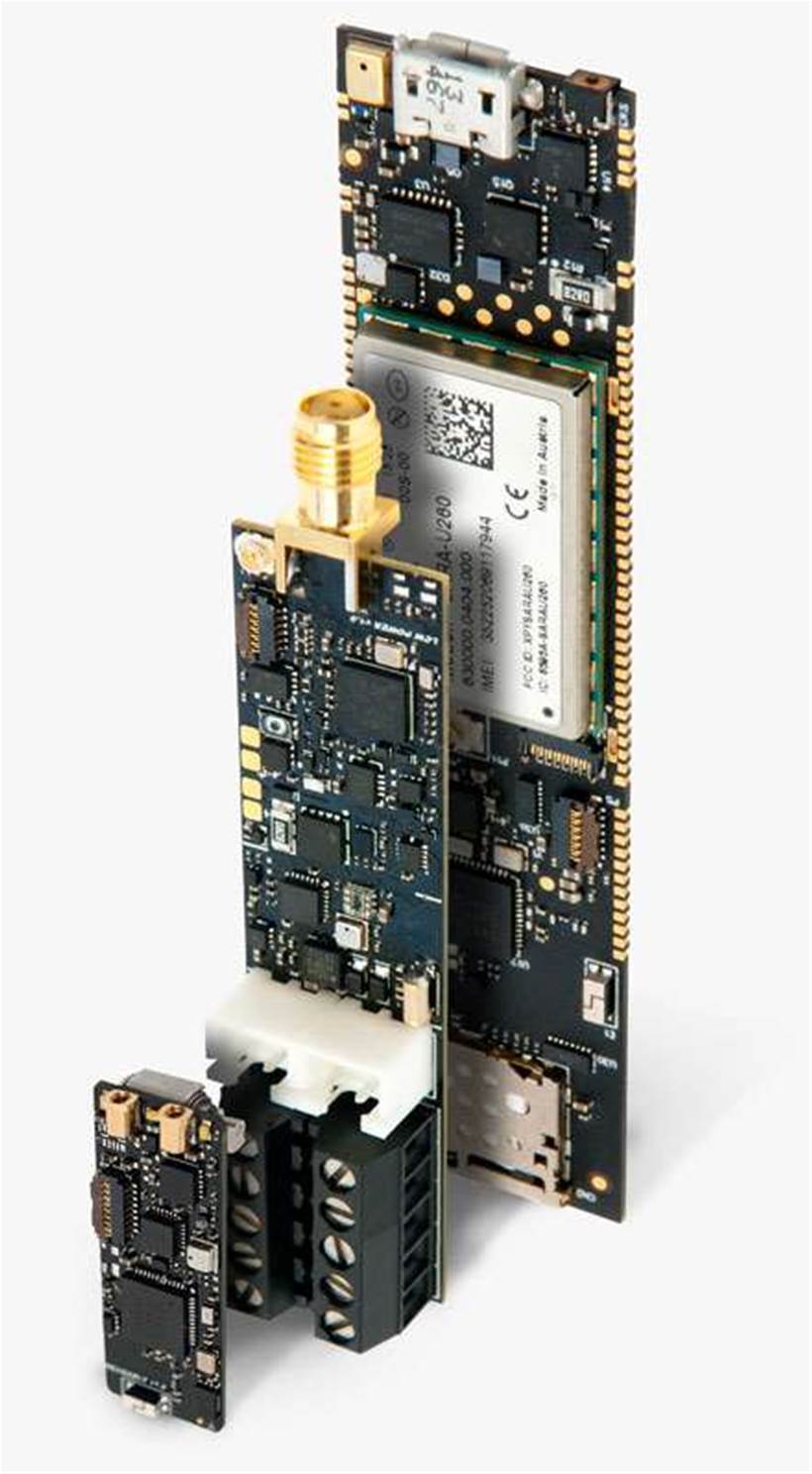 Taking the ‘less is more’ approach, each board – one designed for wearables, one sensor core, and one cellular core – has been made to occupy as little space and consume as little power as possible, while providing hardware connectivity and capabilities that look towards the future.

Each core has within it the components to cater for the use cases for which they have been specifically designed.

The ‘wearable core’ has Bluetooth Low Energy (BLE) and ANT+ wireless protocols built into it, and has a myriad of sensors, including an accelerometer, gyroscope, temperature and humidity, among others.

The larger ‘sensor core’ possesses all of these features, and adds support for wi-fi as well as LPWAN technologies LoRa, Sigfox and Taggle. It also adds geo-location and luminosity sensors, along with Qi wireless charging capability via an expansion board.

Finally, the ‘cellular core’ provides 2G/3G connectivity options as well as those previously mentioned on the other cores, along with future compatibility with the upcoming NB-IoT (narrowband-IoT) transmission method.

All three cores share the same operating temperature between zero degrees and 65 degrees Celsius, and functionality can be added or removed as required.

Turning an internal problem into a commercial product

While using the likes of Arduino and Raspberry Pi to create prototypes, LX Group ran into challenges with the device size, their thermal ranges (which limited use in certain environments), and their overall design.

“When clients came to us and wanted to build something quick and dirty, we tried to turn to those solutions and use them but we realised that they never looked or worked quite right," Blyth said.

This lack of capability in these consumer-level boards led LX to create its own series of products that are professional-grade while enabling a faster build and deployment time.

“We designed our cores to be a ‘perfect pill’ that you could throw into anything and would internet-enable it.”

“They’re designed so you can build prototypes really quickly, prove your business case, then scale up to deploy millions of units without having to redesign your software for a different hardware platform,” he said.

He added that build times with these new cores could be counted in days or weeks, rather than the months or years for traditional custom hardware solutions.

Blyth likens these new IoT cores to Intel’s chipsets, and said that they will soon be added to developer kits to be released by LX Group that cater to specific IoT use cases, such as smart cities and smart farming.

He said that these kits are currently undergoing trials with some of LX’s customers, and he hopes they will be released “in the next few months.”