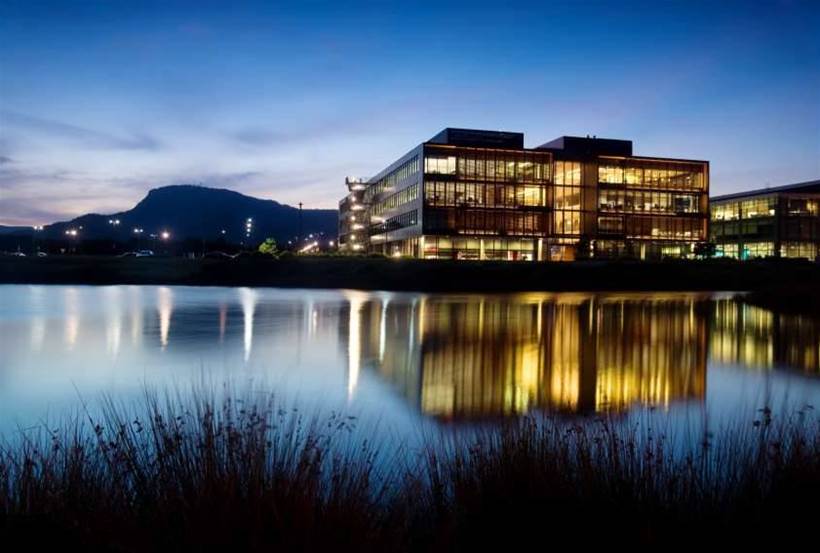 The company has installed and activated a LoRaWAN gateway atop the Sustainable Buildings Research Centre (SBRC) building at the University of Wollongong's (UOW) Innovation Campus.

Meshed said it is able to supply line-of-sight connectivity to IoT devices up to 15km away.

Meshed, together with foundation partners the SMART Infrastructure Facility and the SBRC, launched the network during an “IoT Network Workshop” today, where council and business representatives and UOW students and researchers learned about the network and brainstormed ideas for its use.

Meshed hopes “to generate big ideas as to how Wollongong can benefit from the public access IoT network and shape a better community for now and the future”, with particular emphasis on smart city solutions for Wollongong and its immediate surrounds.

This new network in Wollongong will become part of ‘The Things Network’ initiative, a community-focused, not-for-profit, crowd-sourced global LoRaWAN network with implementations in Europe, The Americas, and Africa, among others.

Andrew Maggio, Meshed’s founder and technical director, told IoT Hub that the turnaround time from initial partner discussions to gateway installation was brief, commencing in late February this year and concluding in mid-March.

“We worked with the guys here at UOW, scoped it out in a single visit, built the gateway, shipped it to the university and they had it installed within a couple of weeks,” he said.

Maggio also said that given the sizeable coverage already provided by the gateway currently installed, further gateway installations will be dependent on use case and location requirements, and may not be required as the existing gateway can already support thousands of node connections.

“[Additional gateway installation will] depend on the interest that builds and solutions that are being built; if people start building solutions at the fringes of town where they’re not getting a good connection, we may need another gateway,” he said.

"If users' solutions are centred around the city [of Wollongong], the gateway we've already installed may be sufficient."

Maggio said that Meshed is working with various parties to build similar LoRaWAN networks in other locations in Australia.

“We’re in discussions with a number of universities and regional cities to build LoRaWAN networks for them,” he said.

“Wollongong is our first and a foundation partner, so we’re live here first, but we’ll definitely be taking it to other regions and states in Australia.”

Democratising the Internet of Things

“[Meshed] is focused on the concept of democratising the Internet of Things, and what that could look like,” Meshed’s sales and strategy director Catherine Caruana-McManus said.

Caruana-McManus said that The Things Network initiative appealed to her and Maggio, so they set about looking for ways to bring the concept to Australia.

Caruana-McManus told IoT Hub that it was a deliberate business model to find university foundation partners and also to grow innovation in regional centres.

“Meshed’s philosophy is that we can unlock the economic potential of Australian regions, and with our IoT network we now have the capability to do that.”

Caruana-McManus cited several industries as potential targets for LoRaWAN networks, but one potential future site has a use case that is of particular interest to the company.

“Meshed is involved in some discussions with a major urban and coastal region in Western Australia which is seeing the value of this technology and how it can make a difference for marine applications especially,” she explained.

She said that a LoRaWAN network’s capabilities are amplified in marine areas, where a greater line of sight can be achieved, extending the network’s reach and providing penetration through the water to sensors located beneath the surface.