One step closer to x-ray vision. 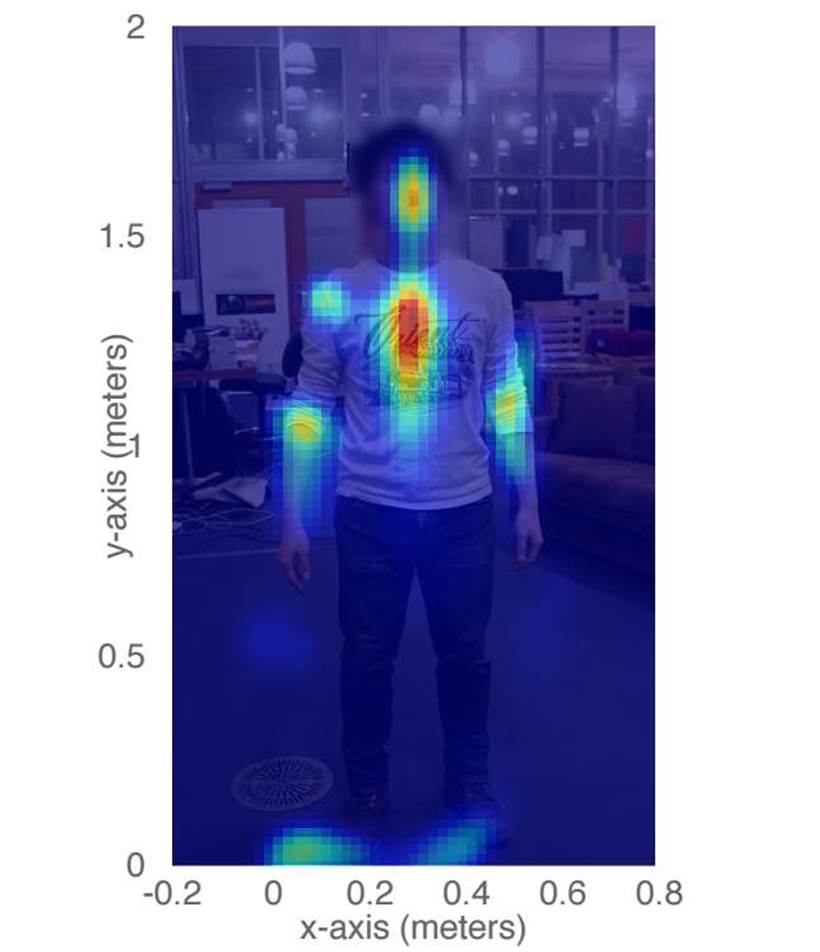 Wi-fi is traditionally used to transmit data from one device to another. However, researchers at MIT’s Computer Science and Artificial Intelligence Lab (CSAIL) have used its properties in an entirely new way that could benefit smart homes and other applications.

In their study 'Capturing the Human Figure Through a Wall', CSAIL have been able to successfully detect the presence of a human behind a wall, using the principle that radio waves penetrate walls but are reflected by the human body.

A radiofrequency (RF) transmitter sends the RF signals, which move through the wall, and if the signal comes in contact with a human are reflected back through the wall to a detector.

The human body does not reflect all waves encountered simultaneously, so a program is used to aggregate the reflected signals over a period of time, thus providing a silhouette of the body.

The resulting image looks similar to that seen through infrared goggles that detect heat signatures, but in this case, the varying colours correspond to the number of RF waves reflected and received by the detector.

Together with software developed by CSAIL, the system was able to correctly identify five different people with an accuracy of 95.7 percent.

The subject does not need to be stationary. The system is able to detect movement at close to the same accuracy of Microsoft’s Kinect device.

This type of technology could potentially be used to identify the difference between residents or employees and intruders, but the CSAIL team believe that motion capture would be its most useful application.

Traditional motion capture requires the use of specially designed suits with high-visibility markers placed on them, which are then mapped using the video capture software. RF motion capture would negate the need for these suits.

These signals could also be used to trigger smart home events, such as light activation or air conditioning.

The RF signals transmitted are very weak – a fraction of the RF transmitted by mobile phones, for instance – so persistent transmission of these signals for ongoing detection would not pose any health risks to humans.