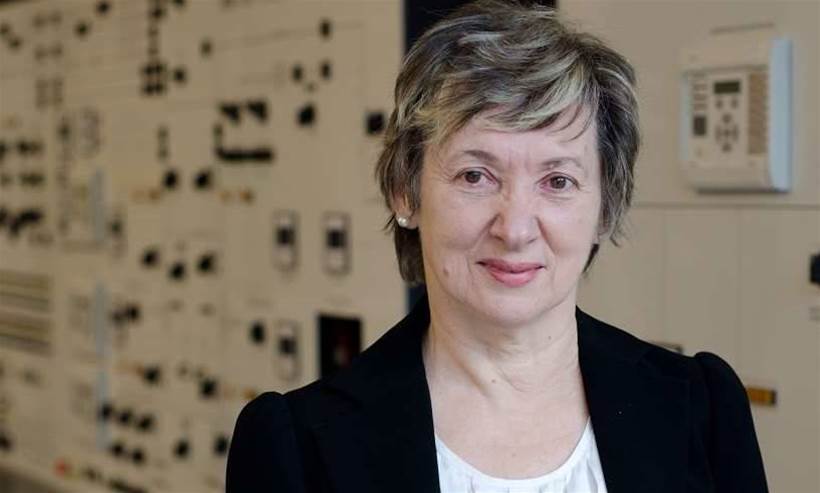 University of Sydney Professor Branka Vucetic has been recognised by the Australian Research Council (ARC) with an Australian Laureate Fellowship to further her research.

Vucetic's research involves developing ways to build wireless networks with almost zero latency, ensuring there is no time lost in the exchange of information from one device to another.

She is also investigating ultra-high reliability for wireless networks, a necessity for critical machine-to-machine communications.

“My focus is on developing the theoretical foundations and applications that could be used in various wireless networks, and the aim is for mission-critical applications with ultra-low latency and ultra-high reliability applications,” she told IoT Hub.

Vucetic explained that many current control systems use wired networks, which already possess the low latencies and high reliability required to perform mission-critical functions, due to the lack of interference and attenuation normally experienced in wireless networks.

However, wired infrastructure does not provide the flexibility and scalability of a wireless network.

She said that in order to achieve a similar level of high-performance in a wireless environment, error control coding is required.

“We historically didn’t care about delays in traditional communication systems because human perception for the types of services we’ve been using is not sensitive to these network delay intervals," Vucetic said.

“For example, for voice transmissions we can tolerate a delay of up to 100 milliseconds, and this is not a problem with high data rates and long error correction codes – this figure can easily be achieved.”

Vucetic said that 4G has a theoretical minimum delay of 50 milliseconds, but that is assuming transmission conditions are perfect.

“In the real world, this delay can be several seconds, and this cannot be tolerated in the world of industrial control or tactile internet, where you transmit touch responses such as in remote surgery scenarios,” she said.

Vucetic’s work and collaboration with her peers around the world has led to the creation and implementation of efficient low-density parity-check (LDPC) codes, which are used to accurately transmit data over noisy transmission channels such as those found on wireless telecommunications networks.

The side-effect of having long error codes to ensure accurate transmission is it introduces transmission delays, so now Vucetic is focusing her efforts on reducing the length of these error codes while maintaining the high reliability properties.

“The main challenge is to design ‘optimum short codes’ which means they won’t be able to achieve the usual high reliability but will be optimum for that particular packet length that we can tolerate, and at this stage we don’t yet know how to do it,” she said.

She also singled out remote surgery as a potential use case for ultra-low latency wireless communications.

“For a surgeon to perform surgery on a patient who is remotely located, he or she needs to feel the resistance of the body and for that application, the delay should be no more than five milliseconds,” she explained.

Vucetic hopes to make progress with her research such that it is ready for deployment in line with the launch of 5G, which she expects to occur in about five years’ time.

Preparing for millimetre-wave communications and beyond

Vucetic is also involved in working towards the transition from microwave frequencies to millimetre-wave (mm-wave) frequencies.

“One of the main constraints now in mobile communications is that there isn’t enough radio spectrum, so we have to go further [up the spectrum],” she explained.

“The problem when we do go further [towards mm-wave] is the channel gets worse and it has very high attenuation so we need to have some other measures to counteract it.

“When the frequencies used are higher, the wavelengths are smaller so we would theoretically be able to create massive antenna arrays and use them to improve reliability and spectral efficiency.”

She said that mm-wave technologies would form part of future 5G networks, where SDN (software-defined networks) would be deployed to provide transmission for high-bandwidth applications like high-quality video as well as low-range, high-density network technologies.

Vucetic is also involved in an initiative that harks back to an idea first investigated by Nikola Tesla.

“We are working on another project which is wireless energy transfer, so you can power distant low-power nodes with wireless signals, which will carry both information and energy,” she said.

“It’s technically feasible to achieve it, but the only problem is power because if you’re going to power something [with wireless transmissions], then the power needed to create the signal will be high and that could be dangerous for people or other objects.

“We’re currently working with massive antennas and millimetre waves and conducting experiments now with that idea, and I think that [wireless power delivery] should be feasible in the next few years.”