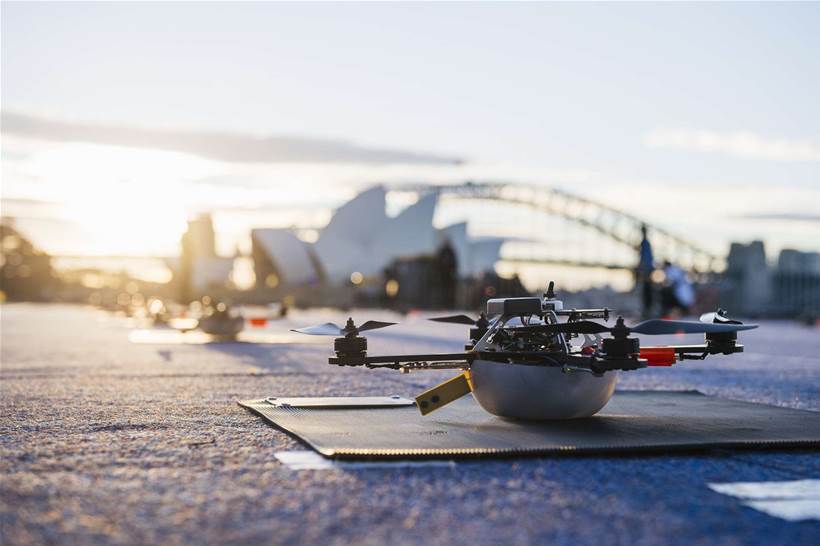 The popularity of unmanned aerial vehicles (UAVs) and drones have skyrocketed in recent years, and Intel’s vice president of its new technology group believes a number of factors have led to this growth.

Anil Nanduri spearheads the technology giant’s efforts in the UAV market segment and the promotion of RealSense, a vision-based platform that can interpret the environment for a UAV in real-time, and enable immediate and predictive adjustments to that vehicle’s flight path.

He said that the increasingly popular multi-rotor design together with flight control technology which enables hovering, has led to this growth.

Furthermore, the cost of components has fallen in the last few years, driven by developments in the mobile device ecosystem.

“What you usually find in a modern drone are components like an inertial motion unit, gyroscope, accelerometers, and GPS, which are things we’re already used to having in our mobile devices and have been miniaturised to form part of the flying payload,” he told IoT Hub.

Nanduri said aerial photography and videography are strong drivers for consumer adoption of drone technology, and many enthusiasts see them as a way to achieve the same quality of imagery normally reserved for big-budget productions with helicopters and aerial rigs attached to them.

He also credits their growing popularity to rapid developments in technology providing consumers with greater levels of functionality and capability.

From a business perspective, he saw a number of industries lead the charge towards the adoption of drones as business tools, such as agriculture, emergency services, remote delivery and so on.

“Drones are now digitising business-critical information. You’re capturing data and digitising it, and these new drone use cases add immense value, both economically and logistically,” he said.

The drone ecosystem of the future

Nanduri said the ease of which drones can now be constructed has led to a multitude of large and small companies innovating in the space.

“You will see so many different drone applications, not just for drones in the air, but also in terms of autonomous navigation in the automotive industry, robotics and underwater use cases,” he said.

“There will be applications and lessons from each of these technologies that will cross-proliferate and will pollinate into different use cases in some way, shape or form, and I think we’ll all be pleasantly surprised.

“However, the key aspect is how to let that technology innovation flourish, and now that industry is paying attention and contributing, I think it’s an amazing time to look forward to the future.”

Next-gen drones with Intel inside

Nanduri said that Intel is focusing on making drones smarter by equipping sensors to make them safer from a communications standpoint and from a vision standpoint.

“If you can have collision avoidance it would be phenomenal, and we’ve been developing capabilities that can help in that aspect, with our RealSense technology,” he said.

He added that a RealSense-enabled camera could eventually be used to enable autonomous UAV flight, but expects this technology to first assist pilots and provide augmented navigation and safety capabilities.

“If a pilot is flying a drone to inspect a high-value factory, you don’t want it to crash into anything, so you want a device that can automatically avoid obstacles and step in if the pilot makes an error,” he said.

He also said that Intel’s Aero platform will be released in the next few months dedicated to drone applications.

The purpose-built microcontroller board will be modular, allowing users to add the functions they require such as LTE communications, and possesses multiple technologies on-board, such as wifi and Bluetooth, GPS, compass, and an inertial motion unit.

“It will also work with a collision avoidance sensor like RealSense, and will enable the connection of a flight controller that the user can design themselves,” he added.

He said the goal of the drone board is to take away the hard work of building the hardware, and allow designers to focus on the potential applications and use cases for the platform.