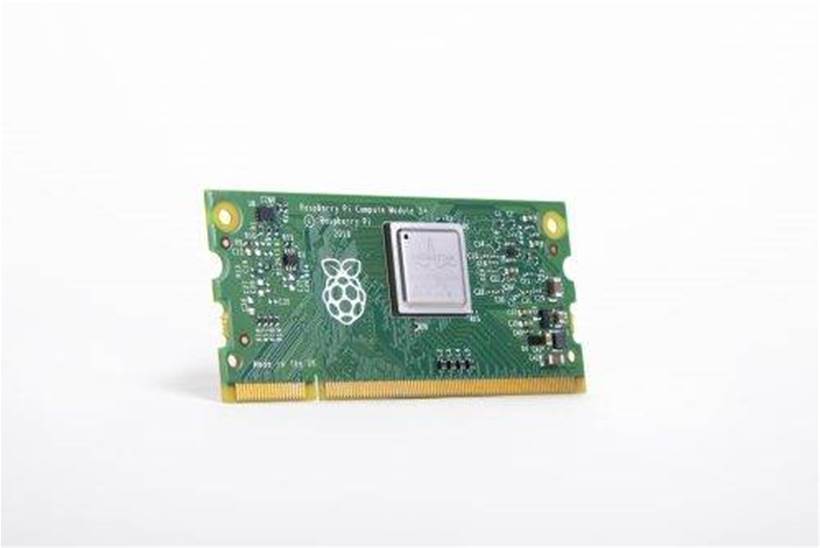 The Raspberry Pi Foundation has announced a new version of its Compute Module series, the version 3+.

While the Raspberry Pi is pitched at students and hobbyists, the Compute Module was aimed at business and industrial users who want to use the Pi platform in products. The product was therefore imbued with more physical interfaces than the mainstream Pi, shipped in a SODIMM form factor and had the ability to sit inside an “IO board” to help with programming and development.

The new version of the Module improves performance by adding a Broadcom BCM2837B0 CPU at 1.2GHz. There’s also at least 4GB of Flash storage, but the Pi Foundation has also created versions with 8GB, 16GB and 32GB. 1GB of RAM rounds out the package.

The device is already on sale with element14’s Australian outpost pricing it at $47.91.

At least one OEM is already on-board with the new Compute Module: NEC has previously added a compatible slot to its monitors intended for use in digital signs, and the Pi Foundation says the new board will work just fine with those screens.