Partners of all sizes needed for IoT projects 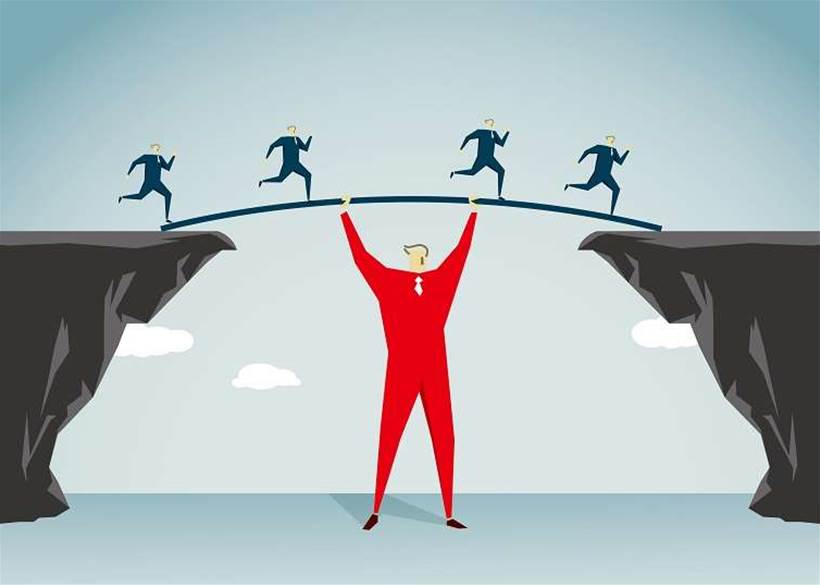 Combining technology from the top end of town with offerings from smaller, niche companies is often the key to creating an effective IoT solution, according to Smarter Technology Solutions’ (STS) chief innovation officer and co-founder, Danielle Storey.

Storey has gained a unique perspective on the state of local IoT deployments from her job in an IoT systems integrator and also co-organiser of monthly Brisbane and Gold Coast IoT meetups – where like-minded IoT enthusiasts gather to talk about the latest developments in the Internet of Things.

She recently gave a presentation at Ipswich City Council’s innovation hub Fire Station 101 to provide attendees with ‘crash course on IoT’, and she sat down with IoT Hub to talk about some of the projects STS is involved in, and the partners helping to put the solutions together.

“We’ve got a couple [of projects underway] in fleet tracking scenarios; we’ve got some councils on board running smart city projects, which include things like environmental monitoring and smart waste solutions; and we’ve just started moving into the preventative maintenance of fleet and machinery as well,” she said.

Storey said that the sheer number of new IoT technologies means that more often than not, someone has already created a product that would suit STS’ project needs.

“We’ve got a philosophy that there’s no real need to re-invent the wheel, so where possible, we use a combination of pre-existing technologies,” she said.

“When you get into really niche use cases, you have to build certain bits and put them together, but for the most part, there’s already a lot of great solutions out there, and it’s just making them accessible and making the data collected from them accessible in the right system.”

Storey has had dealings with a wide range of partners, from the large multinationals like Cisco to specialised providers like Finnish company Enevo, which has created a smart waste management system used in various cities around the world.

She said that combining the power of the large companies with the level of bespoke innovation from smaller businesses is often what’s required to create a suitable IoT solution.

“The really niche players are absolutely some of the best solutions we’ve come across, but you often need those larger vendors to pull the solution together,” she explained.

“Whilst you might have some niche or specialised partners that do certain elements rather well, when you’re building a smart city, for example, you can’t do it through one vendor; there always has to be that collaboration.”

Storey has observed that an increasing number of organisations are starting to learn about the benefits of IoT and are looking to integrate it into their operations, but multiple factors have meant that the speed at which they move forward varies.

“There are lots of people interested [in IoT]. Many of them are just in the POC phases, and others are in building out large business cases but need to conduct trials to prove the point,” she said.

“If you look at some of the large programs, they’re usually not a cheap investment for people to put in place and a lot of organisations seem to struggle to get the executive support to do it the way they want. So they’re forced to do something like a point solution, then have a longer-term strategy where they might have a more holistic approach.

“I think we are starting to see the market leaders that understand the power of digital technology really start to engage with IoT; you’re getting others that are kind of ‘wait and see’, and others that are really trying to build a case to get it moving.”

Storey said that one of the things holding companies back from IoT investment is an unwarranted fear about security threats in IoT-enabled environments, especially given the security practices already taking place within organisations.

“There’s a lot of misconception around the security framework [for IoT], and in a lot of instances, it’s no different to now,” she said.

“Companies don’t seem to mind executives taking a smartphone with sensitive data overseas, but within their own building they don’t like using a connected tag to locate an asset, for example,” she said.

Storey also thinks that the hype and pace surrounding IoT is having detrimental effects to businesses as well, leaving companies feeling left behind.

“There’s been so much hype over different technologies recently that companies are starting to get tired of ‘the next big thing’ that’s always coming,” she noted.

“The senior managers I’ve spoken to are also constantly trying to keep up – many of them haven’t kept pace with the change and nor can many of them, because there is so much of it happening.

“They also don’t seem to engage with the lower levels [of their businesses] where that level of innovation and knowledge might actually reside, nor are they as willing to engage with specialist consultants to understand the opportunities [available to them].”

She has also observed that some IT departments are slow to engage in IoT conversations within their companies.

“IT departments don’t get IoT, or don’t want to know, and the business doesn’t understand enough about technology to implement IoT [themselves], but they do understand the challenges, workflows, bottlenecks and problems they have on the ground, where IoT could be of most benefit,” she said.