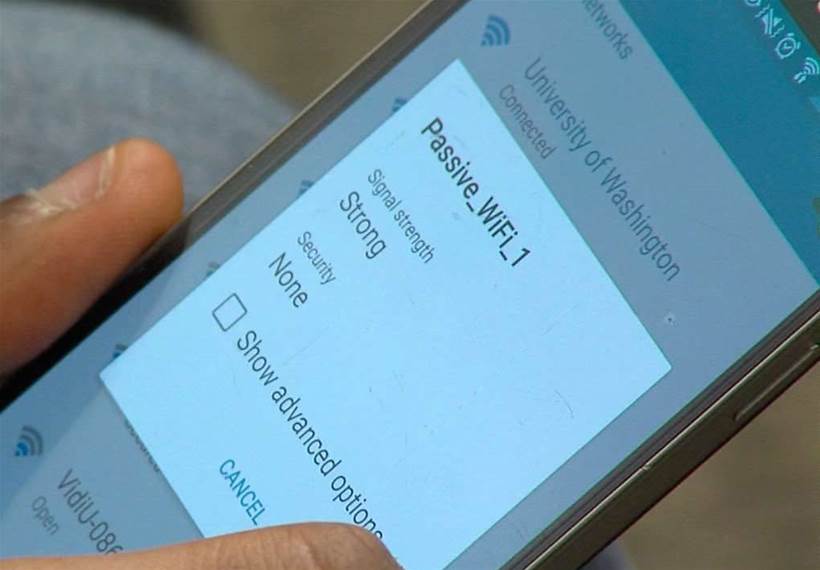 Researchers at the University of Washington have developed a wi-fi network that uses a fraction of the power of existing technology, making it well-suited to IoT applications.

They were able to achieve this using a concept known as ‘passive wi-fi’.

The researchers assigned the analogue, power-intensive functions – such as producing a signal at a specific frequency – to a single network device plugged into the wall.

Then, an array of low-power sensors produce wi-fi packets of data by reflecting a portion of the received signal, while absorbing the rest of the signal to power the sensors themselves.

This means the sensors do not require their own power sources to function.

This concept of using wi-fi signals for power is known as backscattering, and is already used in RFID chips found in contactless smart cards for public transport.

However, the system used in smart cards only works when the card is in close proximity to a specialised reader.

In their testing, the UW research team proved that communication between its wi-fi-powered sensors and a smartphone could be achieved at distances of up to 30 metres.

Last year, NASA’s Jet Propulsion Laboratory experimented with a similar concept. However, the continuous-wave transmission technology NASA used is not permitted for use in commercially available wi-fi devices.

The UW research team's solution differs in that the sensors are generating actual wi-fi packets, they are able to communicate with any wi-fi enabled device out of the box.

“Our sensors can talk to any router, smartphone, table or other electronic device with a wifi chipset,” electrical engineering doctoral student Bryce Kellogg said.

“All these devices can decode the wi-fi packets we created using reflections so you don’t need specialised equipment.”

The passive w-ifi system can only transmit at bit rates of up to 11 Mbps, which is equivalent to the legacy 802.11b standard’s data rate.

The research team believes this technology would provide the most benefit for IoT applications, such as industrial sensor systems and smart home solutions.

“Even though so many homes already have wi-fi, it hasn’t been the best choice for [smart home systems],” said Joshua Smith, UW’s associate professor of computer science and engineering and of electrical engineering.

“Now that we can achieve wi-fi for tens of microwatts of power and can do much better than both Bluetooth LE and ZigBee, you could now imagine using wifi for everything.”

The technology has already been named one of the 10 breakthrough technologies of 2016 by the MIT Technology Review, and a paper describing the research team's results will be presented in March at the USENIX Symposium on Networked Systems Design and Implementation.