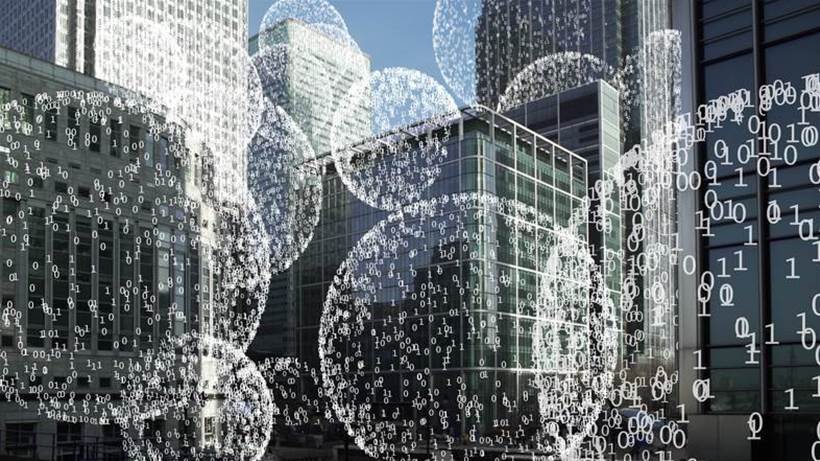 Quantify Technology is hoping to use its recent listing on the Australian Stock Exchange and capital raising efforts to introduce what it’s calling a “secure and scalable IoT building management platform using a network engineer’s perspective”.

The Australian company’s efforts are centred around its flagship building management product, called the ‘Q Device’. This device provides real-time evaluation of environmental and risk factors for building occupants, as well as proactively manage services and utilities.

Quantify’s platform enables granular energy management for a building, such that if a piece of equipment is plugged into a connected power socket (such as a fan heater) that exceeds a pre-defined power output threshold for example, the Q Device can deactivate that power socket, preventing excessive energy usage.

The edge computing capabilities of the Q Device also allows for other device networks and solutions to piggyback off the network established by the platform.

The company was able to reach its capital raise target of $5M, receiving support from institutional and sophisticated investors, as well as new domestic investors.

IoT Hub sat down with Quantify’s founder and CEO Mark Lapins to talk about the company’s unique approach to connected building management.

“Our primary difference with our competitors is that we don’t talk about smart buildings; we talk about intelligent buildings,” he said.

Lapins explained that while smart buildings are loaded with sensors that provide the current state of a play and often connect via gateways to cloud services that perform the processing off-site, intelligent buildings contain a level of processing on-premise within its infrastructure to analyse and make decisions about its internal environment.

“If you took a big a big enterprise building, lit it up with sensors and a myriad of IoT solutions, you could effectively cause a denial-of-service on yourself from the inside if your outbound network capacity wasn’t sufficient,” he added.

“Our architecture was built with a network engineer’s mindset, so we shied away from gateways, proxies, servers, and other on-premise devices. That meant putting autonomous compute power into the walls of buildings.

“Once you have autonomous compute power, you can do decision-making and processing, for example.”

While Lapins acknowledged that no-one would intentionally cause an internal DoS using a building’s connected infrastructure, he said many people don’t really have a sense of the vast amounts of data that a smart building’s infrastructure could produce and the associated hidden costs of connecting these components to a cloud backend.

“We’ve developed a modular edge processing platform that can grow and adapt, and has user-interchangeable parts, and because we’re using autonomous processing we’re not dependent on gateways, servers, or the cloud,” he said.

“With our system, a building’s lights and sensors would continue to operate and collect data even if your internet connection drops.”

Lapins has observed that a lot of IoT solutions for connected buildings would “fall over” if the internet connection to the hub or gateway breaks, which was another motivating factor to shy away from that type of solution.

He added that a gateway-free solution enabled the connectivity of sensors and other devices at an order of magnitude far greater than one using gateways.

“Because each of our devices is natively IP addressed, we can scale to hundreds of thousands of nodes – if you wanted – in a single homogenous network,” he said.

“Whereas in most of the gateway-driven solutions, you’re limited to maybe 20-30 devices per gateway, and you have to keep multiplying that up.

“The layers of potential failure in that scenario doesn’t really allow for a scalable enterprise solution.”

The way in which Quantify’s connected building platform can manage energy usage at the power socket or light switch level is reminiscent of the level of granularity that network engineers enjoy when managing traditional networks, according to Lapins.

“As a network engineer, I could walk up to an advanced data switch, pick any port, and put any number of parameters and policies on it to control the user experience of that port,” he explained.

“To date, that has not been possible on the AC network. You can turn it on or off, or you can dim it a bit, but you haven’t been able to set any management parameters around it.

“When you put our devices on the wall, our fundamental, underlying architecture – and the reason why people are wanting this – is that we manage energy. Lighting control and automation then becomes a by-product of what we do.”

Quantify has already signed an agreement for the sale and installation of its products for approximately 650 dwellings as part of the Wallaroo Shores project in Wallaroo, South Australia.

This project is an 18.5-hectare development valued at $220 million, and will feature a four-star resort, residencies and a lifestyle village.

Quantify’s technology has also been earmarked for implementation in the University of Western Australia’s Medical and Dental Library project, and the Crest Apartment project in Burswood, Western Australia.

On the east coast, the Lindfield Apartment project in Sydney will also use Quantify’s platform.

One overseas group that has also expressed interest in Quantify’s technology is the Chinese Government.

Quantify’s chairman Aidan Montague has been invited to meet with the Chinese Government official in charge of the Linyi National High-Tech Industrial Development Zone, which is located in China’s Shandong province.

According to the company, discussions are already underway for Quantify’s platform to be used in smart city developments, and to upgrade existing buildings together with a number of leading Chinese building design groups.

This effort is indicative of the company’s desire to participate in the Chinese Government’s 300 Smart City program as part of its wider global expansion plans.

To further its cause, the company has recruited Alan Boyd – former head of Microsoft’s acquisition team – to assist with its expansion strategy into China.

“His expertise in smart city development will be instrumental as we look to target smart cities in China with our unique and innovative technology platform,” Lapins said.