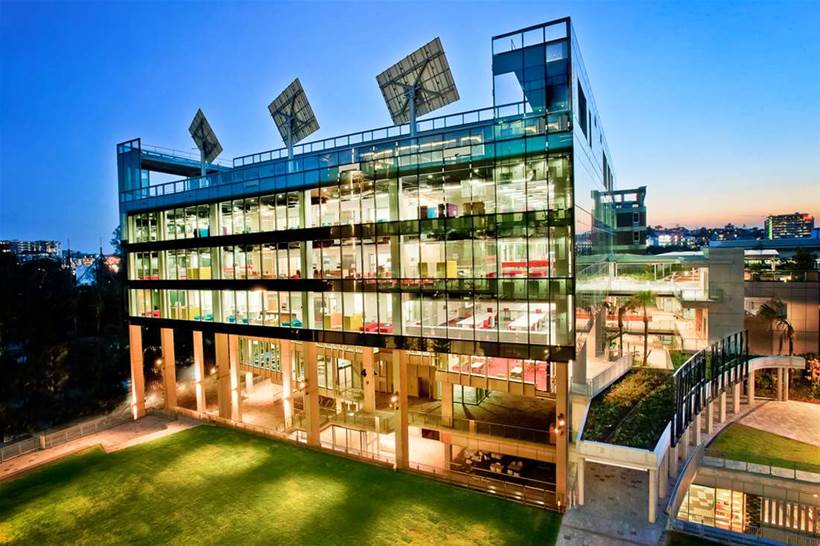 Researchers at the Queensland University of Technology (QUT) have developed an advanced structural health monitoring (SHM) system and have embedded it into one of their campus buildings.

The sensor system has so far been able to successfully detect two earthquakes that struck the Queensland coast off Fraser Island, with magnitudes of 5.3 and 5.4.

P Block is equipped with multiple nodes of vibration sensors embedded throughout the building, relaying information back to a base station via Ethernet cables.

The research is being spearheaded by Professor Tommy Chan, Professor of Civil Engineering at QUT. He has recently received a $360,000 grant from the Australian Research Council to further his research into transforming traditional civil structures into ‘smart’ structures.

The aim is that these smart structures can accurately identify current and future structural deterioration conditions, and automatically notify the infrastructure management for timely maintenance.

Professor Chan told IoT Hub that the implementation of the SHM system in P Block is part of a wider initiative for the building to become a world-leading centre for the development of STEM (science, technology, engineering & mathematics) disciplines.

“We wanted to provide a dynamic hub of hands-on scientific exploration for QUT students and the wider public,” he said.

“We wanted the building to be smart in every aspect, not just in design and construction, but also in terms of long-term operation and life-cycle management of this important infrastructure system.”

Chan said that he’s been able to use the building as a “living laboratory”, allowing researchers to test different SHM methods.

“We also monitor the performance of the structure and use the information for students to understand the structural behaviour of the building,” he said.

Chan believes that cities must become smarter if they are to become more sustainable and beneficial to society.

“With SHM technology, we as civil engineers can create smart buildings, smart bridges and then smart cities in terms of infrastructure operation and management,” he explained.

He believes there are multiple benefits from implementing SHM systems into structures, including:

Chan has high hopes that SHM technology can advance the way infrastructure systems are operated and managed.

He is also hopeful that more Australian cities adopt SHM systems, in the same way cities overseas have already done so.