The company is using sensors to detect everything from driver performance to how well coal carriage doors shut. 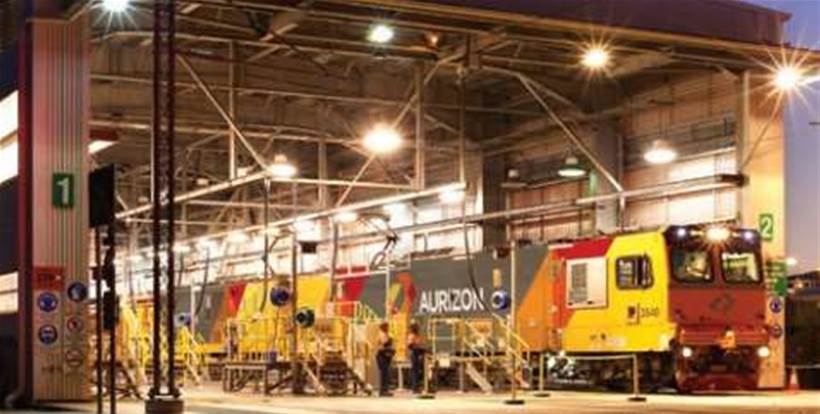 Australia's largest rail freight operator Aurizon’s goal to become more sustainable has paid dividends, with the company saving $380 million over the last three years largely thanks to smart monitoring of its fleet.

Everything from driver performance to data on how well coal carriage doors shut has been collected and analysed to drive efficiency and cut down on the number of unplanned stoppages.

In Aurizon’s 2018 Sustainability Report (pdf) released on 11 October, the company unveiled how its use of systems from US vendor Trimble, as well as sensors developed in-house, have improved efficiency.

Trimble’s on-vehicle ‘P2M’ planning and management system provide the company with real-time data reports on drivers’ handling of locomotives, giving actionable insights into how driving habits could be improved to reduce fuel consumption and lessen wear and tear on both the vehicles and rail components.

The company has also built six “supersites” adjacent to its Hunter Valley and Central Queensland operations, kitted out with off-vehicle cameras and Trimble’s R2M diagnostic systems.

Trackside cameras at the supersites take more than 200,000 photographs of trains passing by at normal operating speeds. Those images make it possible for specific faults to be identified and addressed before they escalate.

That's a marked improvement on the traditional way of inspecting carriages - by hand, with a torch, at night - and the time saved can be put towards performing preventative maintenance tasks to keep trains safely in service longer.

And apart from freeing maintenance staff from night shifts, it also means they can be given a two-hour heads up on emerging critical faults, affording them time to prepare accordingly.

Aurizon has also developed sensors that detect the closing force of every wagon door on its coal fleet.

Since door failures contribute to 14 percent of train cancellations, it’s hoped the sensors will enable the company to better predict potential problems.

Over the next financial year, the company also expects to equip three of its locomotives with European Train Control System (ETCS) technology, along with the accompanying trackside signalling systems to assess their effectiveness in Australia.

Aurizon said the company has improved asset use for European operators and provides safety improvements through continuous supervision and speed monitoring.

If successful, Aurizon will then roll out ETCS technology to its Central Queensland fleet.