Using main cities as base for long day trips. 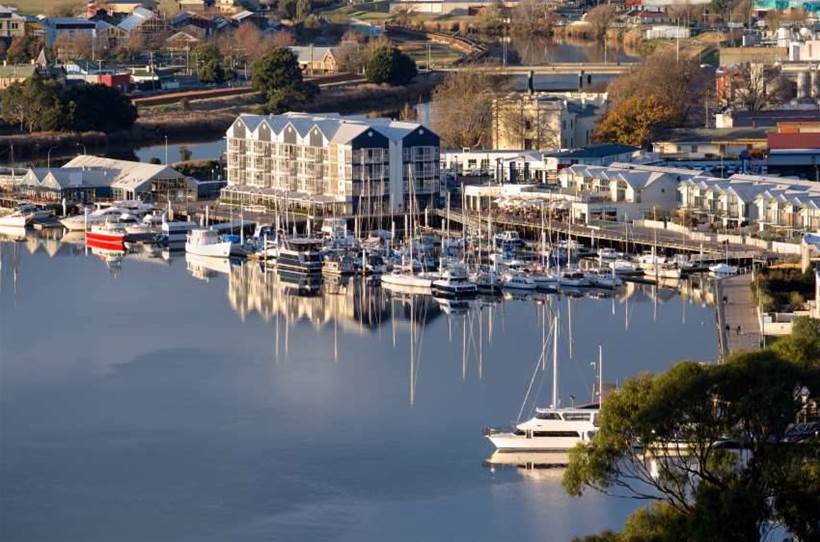 Tourists in Tasmania base themselves mostly out of Hobart or Launceston and visit sites up to 2.5 hours away as day trips, according to an IoT-enabled pilot study by the University of Tasmania (UTAS).

IoT Hub first reported about the study last year, in which mobile phones are supplied to visitors that can be used as wi-fi hotspots.

The phones track visitors' movements via GPS and also asks them to complete surveys as they arrive and depart from Tasmania, as well as when they visit key landmarks, such as Freycinet National Park.

The first dataset from the study was presented to the Tasmanian Tourism Industry Conference last week. Data visualisations can be viewed on the project’s blog.

It successfully tracked the movements of 472 tourists with preliminary results revealing some unexpected travel patterns that warrant more detailed research.

Richard Eccleston, professor of political science at UTAS, said that predictably, most visitors stayed in major cities and Hobart in particular.

What the pilot study highlighted was that visitors were willing to conduct long day trips to various regional areas to visit sites but tended to return to the city centres at the end of the day.

“We know the key national parks and heritage sites are really popular, and we know how many visitors go to those each year, but until now there hasn’t been a lot of detailed information about how they get there and where they stay,” Eccleston said.

Data collected about Freycinet National Park – which is a 2.5 hour drive from both Hobart and Launceston – indicated that many tourists visited the park as part of a day trip, rather than using overnight accommodation nearby.

Eccleston said this sort of information could be useful to agencies looking for opportunities to establish accommodation in the area, and also for government authorities which have concerns around travel times and road safety, particularly for tourists who are unfamiliar and unused to Tasmania’s regional road conditions.

The data also showed that visitors’ reasons for visiting Tasmania seemed to have a big impact on actions during their stay, with the wildlife and wilderness enthusiasts more likely to take extended trips around the state, compared to arts and culture visitors who congregated around fewer sites closer to Hobart.

Eccleston hopes to extract site-specific data to help investigate a shortage of regional accommodation in Tasmania, which has become a bigger issue due to the growth of the state’s tourism industry.

Eccleston said that modelling for a second phase of the study is already underway, and the research team is looking for ways to gather data on a sustainable basis over the longer-term.

“There’s a lot of interest here in Tasmania from local business and government, and also from regional tourism authorities interstate and beyond,” he said.

“In phase two of the project, we're seeking to secure funding to put the platform on a more sustainable footing.”

Eccleston is hoping to trial the use of an app that can be downloaded onto visitors’ personal devices, instead of supplying them with a handset.

“If we can get tourists to download an app to their own phone and get a sample of a few thousand visitors a year, that would give us a really rich data source,” he said.

“One option for a future app might be the use of beacon technology where they could use the app to locate free wi-fi, public walks or other destinations.

“We’re just thinking about what we could include in the app to make it a worthwhile proposition for people, and also ensuring that the GPS function we include is of value for the people using the app, not just for the researchers.”

Eccleston also said that the research team is looking to improve the data platform itself to provide an “easy and intuitive front-end for government and industries to access general data.”

“If there are specific, private applications, we can look at ways of meeting those needs as well,” he said.