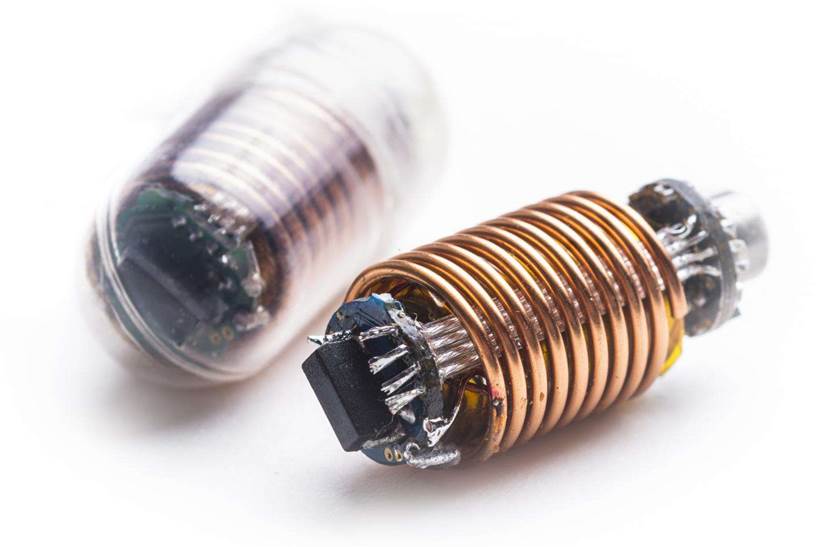 Researchers at RMIT University have developed a smart pill that is able to detect intestinal gases, providing data for the development of treatments for gut disorders.

Consisting of a microprocessor, sensors, a wireless transmitter and a small battery array, the smart pill is enclosed in a liquid-filled capsule which can be ingested by the patient.

As the pill moves through the digestive tract, it is able to detect hydrogen, carbon dioxide and methane levels and transmit that data via Bluetooth to a smartphone, along with its location within the body.

The technology was initially trialled on two groups of pigs, before human trials on healthy patients were initiated.

Professor Kourosh Kalantar-zadeh, the lead investigator from the Centre for Advanced Electronics and Sensors at RMIT told IoT Hub that the idea stemmed from similar technology found in breathalysers.

“The electronic nodes used for alcohol detection are useful for their purposes, but were not good for measurements of gases which come from fermentation and activity of the micro-enzymes in the gut,” he said.

“So we developed something that was very accurate, that could go where these gases are produced, where their concentrations are high, and measure them there.”

Intestinal gases have been linked to colon cancer, irritable bowel syndrome (IBS) and inflammatory bowel disease (IBD), but their role in digestive health is poorly understood and there are currently no easy and reliable tools for their detection.

Kalantar-zadeh said that the team was fortunate to have access to engineers that could develop the hardware in-house, rather than relying on third party providers to source the electronics.

He has high hopes for this technology, once it is widely available to the public.

“We hope this technology will in future enable researchers to design personalised diets or drugs that can efficiently target problem areas in the gut to help the millions of people worldwide that are affected by digestive disorders and diseases,” he said.

“It’s the first step in demolishing the myths of food effects on our body and replacing those myths with hard facts.”

The smart pills, along with other emergent technologies such as dissolving wireless sensors and prosthetic control using wearables are just a few examples of IoT’s role in the digitalisation of the health industry.

Telsyte senior analyst Steven Noble said that reduced costs, smaller form factors and improved performance of sensors and transmitters are generating opportunities for these technologies to be used in health and medicine.

“The exciting thing for me when you think about health and medicine is that things that used to require big, expensive machinery that you could only find in a big city hospital may become practical to do in a clinic or country that doesn’t have these facilities, or even in the hands of a startup that’s looking to develop things off their own bat.

“The implications for the medical industry in a cost-constrained environment can be quite extraordinary.”

Like any other vertical that is going through a similar digitalisation process, client security and privacy must remain top-of-mind for developers of smart health solutions, according to Noble.

“What we’ll see is the emergence of new treatments and new devices that are initiated by startups or private organisations that do crazy, interesting and exciting but unregulated things.

"Some of those innovators will inevitably make some mistakes, and some patients will be burned.