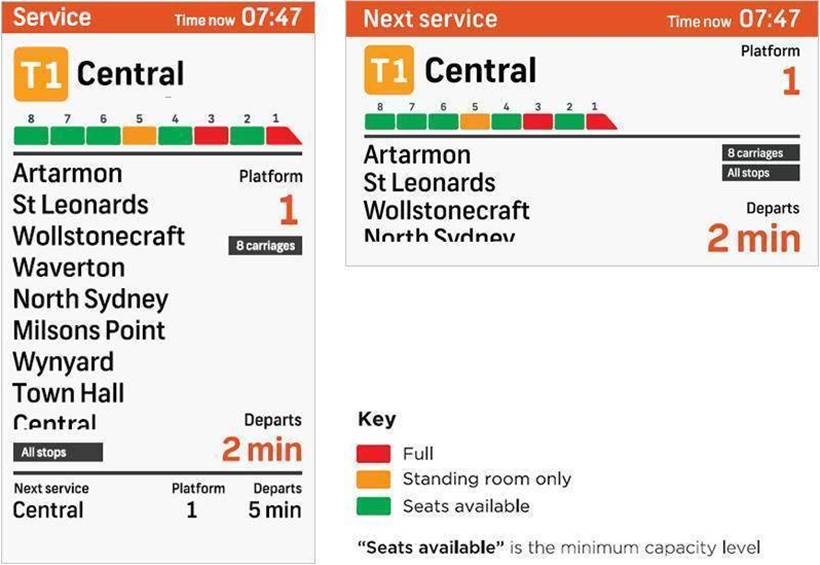 Commuters travelling on Sydney’s rail network can now see how crowded selected trains are before they arrive by checking station indicator boards.

Transport for NSW said over the weekend that screens at platforms would now show real-time seat availability from Sydney’s fleet of Waratah trains, allowing passengers to pre-empt possible crowding.

“The indicator screens now show which carriages have seats available, have standing room only or are completely full,” TfNSW said.

The data was first made available to passengers in May 2018 through the transportnsw.info Trip Planner as well as travel apps like TripView and NextThere.

It allow passengers to check how busy a particular train service or carriage is to better spread the load across the train’s eight carriages.

Train occupancy is calculated by carriage weight data which flows to Sydney Trains from in-built sensors under the axle of each Waratah train.

The sensors are just some of the more than 300 on each Waratah set that ingest data every ten minutes.

While the data is currently limited to Waratah trains, Downer has said the sensors could be retrofitted into older fleets like the Millennium trains in the future.