Sydney Trains looks to IoT to cut back on power use

Downer is working with IBM to adjust system performance. 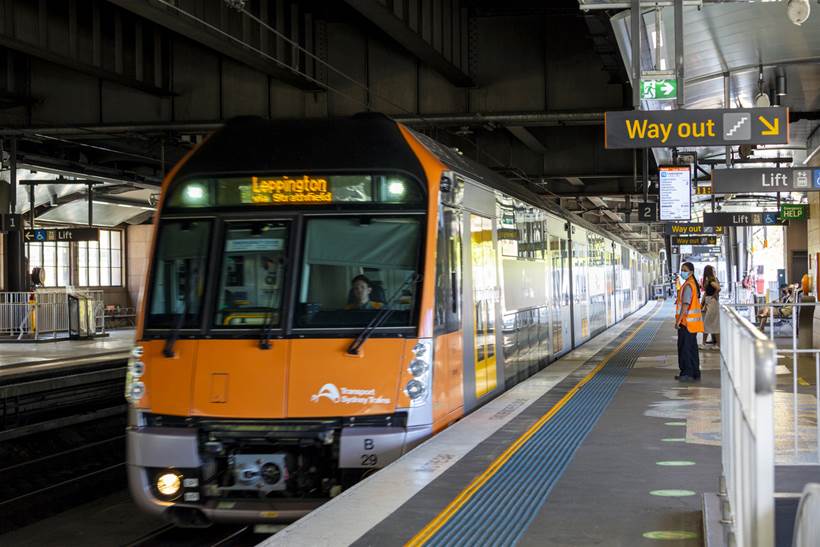 Sydney Trains is looking to reduce its electricity consumption by using IoT sensors onboard Downer-operated trains to optimise systems based on passenger load, timetables and weather conditions.

“We’re working actively with [Sydney Trains] at the moment on programs to try and reduce the energy usage that we have in our train fleets day-to-day, and we’re doing that with real-time data,” he said.

In doing so, it collects thousands of data points every 10 minutes using onboard IoT sensors, which Sydney Trains have tapped to offer passengers real-time crowding estimates since 2018.

Sydney Trains initially began feeding this data to third-party apps like TripView and NextThere, as well as Transport for NSW’s own Opal travel app, and later surfaced it on station platforms.

“Each time we put a new train into service, we’re seeing a real step-change in the amount of information that we can harvest,” Williams said.

“Not just from the train itself, but also from the infrastructure and the networks and the environment that we’re operating in.

“So, we get many, many thousands of individual pieces of data off each train every day, but we’re now also able to interact with passenger numbers, with the infrastructure information that’s coming from the operators.

“And we’re now exploring things like drones, more robotics and AI within our own operation to harvest new sources of data and along the way also improve the safety, not just of our people but ultimately the end product or service.”

Williams said the next frontier is using this real-time data to reduce energy usage. Downer is currently “working with IBM to turn this into a reality” for Sydney Trains.

Sydney Trains and NSW Trainlink account for nearly 1.3 percent of the state’s electricity consumption, as at October 2021.

The project is part of a wider effort by Downer to improve the efficiency, reliability and carbon footprint of its rail and transit systems under a new 10-year collaboration with IBM, announced yesterday.

Williams said the partnership would allow Downer to understand how AI and other emerging technologies could reduce the carbon footprint of its rail and transport systems.

It builds on an existing a relationship that began with Downer’s “flagship” asset management system in 2017.

The asset management system – which uses IBM Maximo, as well as IBM Cognos Analytics with Watson – is used “all day, every day in all of [Downer’s] operations right around the country”.

“Maximo provides us with a... source of truth around our asset condition – things like configuration of our assets and the health of them as they work through their life,” Williams said.

“What we’ve been able to do over the last five years, particularly with IBM, is co-create and work together on developing a huge number of applications that utilise that dataset that sits within Maximo for internal purposes, so that we can understand how do we improve the efficiency and safety of our operation, but also for our customers.