Toyota giving 'vision' to the blind

Wearable to improve mobility for the visually impaired. 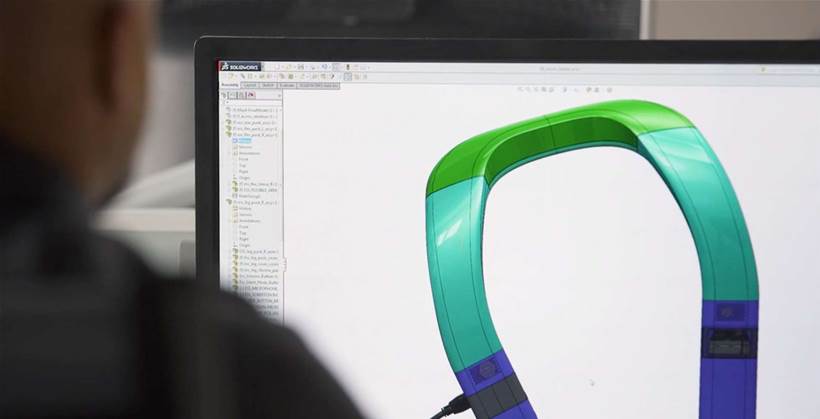 Vehicle manufacturer Toyota is working to develop a wearable device for the blind and visually impaired, giving them greater freedom, independence and confidence.

Dubbed ‘Project BLAID’, the device is intended to augment the current use of canes, guide dogs and basic GPS devices.

Designed to be worn around the shoulders, the device is equipped with cameras that detect the user’s surroundings and communicates information to him or her through built-in speakers and vibration motors.

The user will be able to interact with the device through voice recognition and buttons. Bluetooth connectivity to a smartphone will also be implemented.

Toyota has plans to integrate mapping, object identification and facial recognition into the device in the futre.

As part of the project, the company is launching an employee engagement campaign in which staff members are requested to submit videos of common indoor landmarks.

These videos will then be used by the project developers to build on the object recognition capabilities of the device, allowing for more accurate identification of these landmarks.

Microsoft recently announced a vision impaired mobility tool of its own, but the solution uses audio cues supplied through specialised headphones and connectivity to strategically placed wi-fi and Bluetooth beacons to provide spatial awareness.