Under the pump over sewage leaks, TasWater turns to IoT 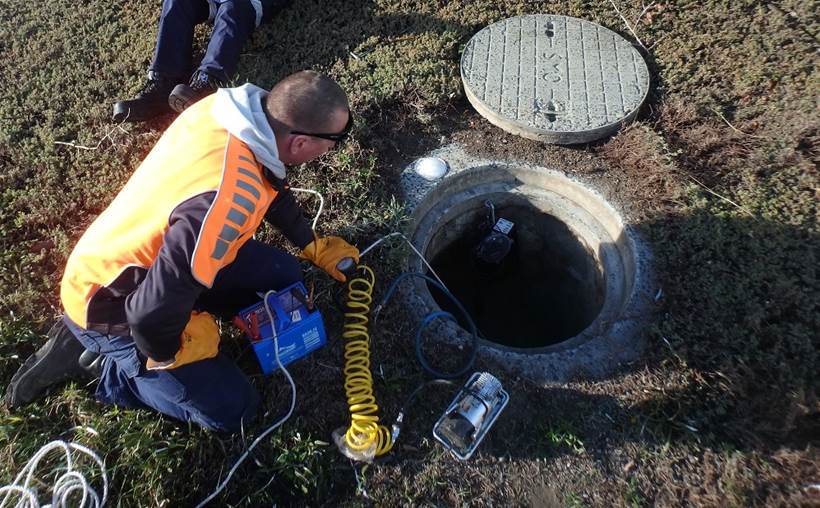 Tasmania’s state water and sewage network operator TasWater has pilot tested a new Internet of Things (IoT) system that has the potential to reduce sewage spills by detecting overflows within seconds.

Blockages or ‘chokes’ in the sewer network – sudden inflows of large quantities of water during storms – are common and can overwhelm sewer systems, resulting in overflows that can cause environmental problems that take weeks or months to resolve.

Given the remoteness of much of the company’s state-wide network – as well as the challenges created by terrain such as mountains, lakes and rivers – TasWater maintenance staff had limited visibility of the day-to-day operation of the network and relied on expensive regular maintenance visits to 780 sewage pump stations.

Those stations are each linked by an average of 15 sewer risers, which are ground-level access points to the underground sewer mains. If there is a flow restriction or blockage, sewage can escape via these risers.

Inundations or blockages can quickly become problematic, and the company sometimes only found about sewage overflows when members of the public called its hotline.

In line with its goal to be a trusted and respected provider of essential services that is making a positive difference for the state, TasWater considered a range of options to improve its visibility and management of the network.

It soon became clear that a network of IoT sensors could help TasWater centrally monitor conditions in remote pump stations in real time.

As a proof-of-concept trial, the company installed 30 high-level detection floats, which sit inside the sewer risers and trigger the IoT sensors when sewage rises past a certain level.

The sensors, powered by batteries with an estimated three-year life, communicate wirelessly via nearby powered antennae that are typically embedded within nondescript road markers.

Sensor data is transmitted via one of several networks back to TasWater’s data centre, where it is aggregated into the PI System, a leading industrial operations data management platform by OSIsoft, now part of AVEVA.

That system has provided a central repository for operational data, with 12 to 16 data points collected per device and alerts automatically generated to trigger remediation.

During the pilot program the PI System proved capable of alerting operational staff of potential overflows within three seconds. Its PI Notification module triggered notification emails containing pertinent details including the asset ID, details of the device, GPS location and time of incident.

With that information, the responsible staff can remotely trigger pumps to empty the tanks, then organise a site visit by a maintenance team – enabling them, on average, to respond 13 hours faster than the previous method, which relied on a completely reactive response.

By implementing the PI System, TasWater has been able to keep and manage operational data, removing the need to retrieve data from third-party data repositories.

With the operational data collected, TasWater was able to create powerful visualisation displays in minutes using PI Vision’s intuitive drag-and-drop tools. These dashboards are tailored for different employee personas and accessible on any company device with a web browser.

The work performed during this pilot program has helped TasWater confirm and quantify the benefits of a full-scale rollout of the IoT technology. If rolled out at large scale, the IoT architecture will allow TasWater to install high-level sensors for approximately a quarter of the cost of other commercial solutions.

“Saving the cost of a response to a single sewage spill will pay for around 500 IoT devices alone,” said Anthony O’Flaherty, Manager of Data and Analytics at TasWater, “not to mention avoiding the potential for environmental damage and the associated financial consequences.”

The platform is also set to drive cultural change by democratising access to this critical management information.
“Internal cultural barriers no longer exist between departments,” O’Flaherty said, “as all data is freely available within TasWater.”

By continuously monitoring the sewer main riser levels, he added, “this project not only provides TasWater with the data needed for a rapid response to the event; it also assists in adding to the ‘knowledge database’ of asset integrity.”

“From this, TasWater is in a much better position to make risk-based decisions on future investment, whilst protecting the environment.”

Click here to learn more about PI System, or about how an IoT sensor network can improve your business processes.